With the divorce finalized between Wall Street valuations and Main Street reality, it’s tougher than ever to believe that the post-financial crisis “recovery” actually happened. To the contrary – and irrespective of the stock market’s 300% gain since it bottomed in March of 2009 – I’m compelled to conclude that America’s economic conditions haven’t really improved at all.

In other words, we’re not threatened with a new recession because we haven’t finished with the old one. By “we” I mean the 99.9 percent of us who don’t live the lifestyle of a corporate elite or a career politician, but rather the lifestyle of middle class that’s moving ever closer to the bottom.

Millennials, who grew up amidst the wrenching backdrop of the financial crisis, know this on an instinctual level: the strong millennial support for both Donald Trump and Bernie Sanders might seem contradictory, but it reflects a populist sentiment driven by ire towards the elite.

The so-called recovery has never been a reality for millennials, seniors, or anyone else struggling to make ends meet. Wracked by student loan debt, millennials are opting out of homeownership and, in many cases, car ownership. For this generation, the American Dream is little more than a taunt or a tasteless joke.

The outlook isn’t any better for retirement-age Americans, who are facing a severe shortfall in their savings: recent data indicates that 65-year-olds have enough savings, on average, to cover 9.7 years of retirement income, leaving American men with a shortfall of 8.3 years’ worth of income while women face a 10.9-year shortfall. 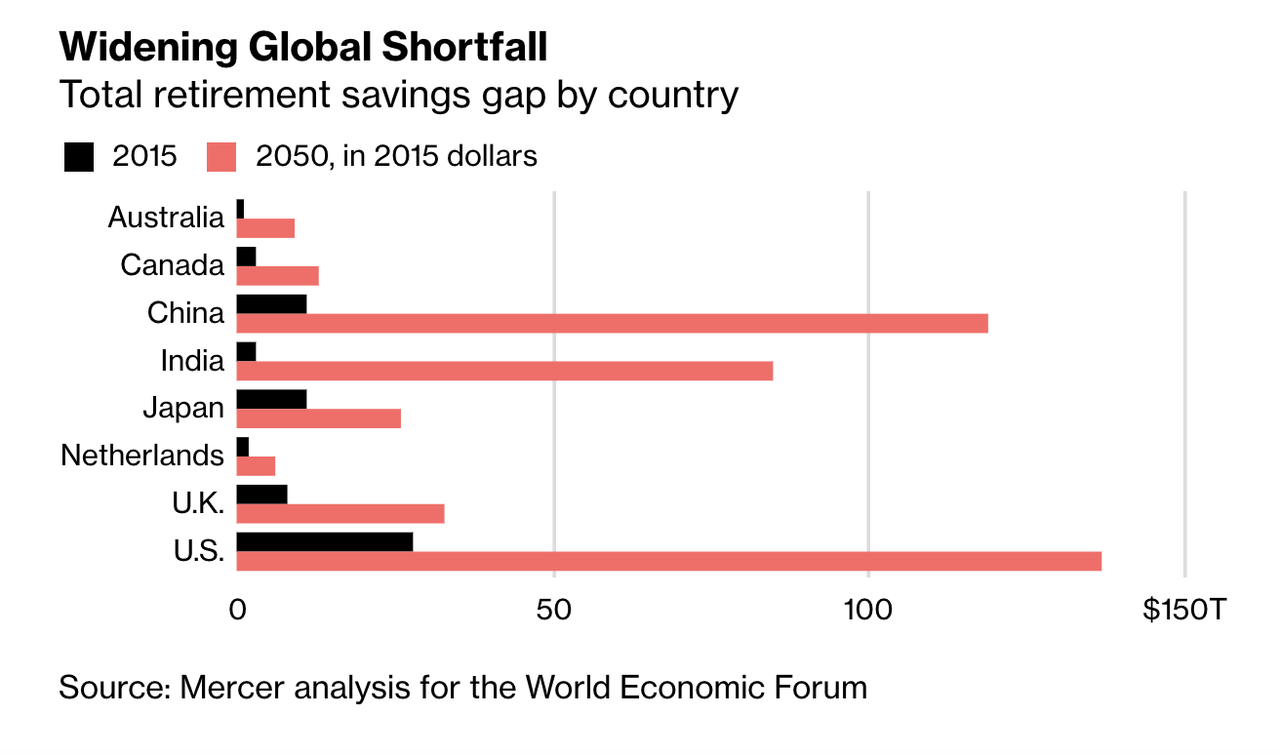 And so, we have a nation where millennials and seniors are working side by side – at McDonald’s, since millennial college graduates aren’t able to use their overpriced college degrees and seniors need to re-enter the workforce because their savings ran out years ago.

Not that everyone at McDonald’s is suffering. Heck, the CEO, Steve Easterbrook, received $21.8 million in total compensation in 2017. Meanwhile, Doug Goare, McDonald’s chief restaurant officer, received $5.6 million, while CFO Kevin Ozan received nearly $5.5 million. For them, America’s economic recovery is real and robust, if not relatable.

Even beyond the widening wealth gap, it’s not difficult to find recessionary clues if you’re willing to dig deeper than the government’s proposed narrative of plentiful jobs and prosperity for all. As reported by Morgan Stanley, manufacturing data and the Business Conditions Index provide a truer gauge of the American economy than deeply distorted unemployment figures: 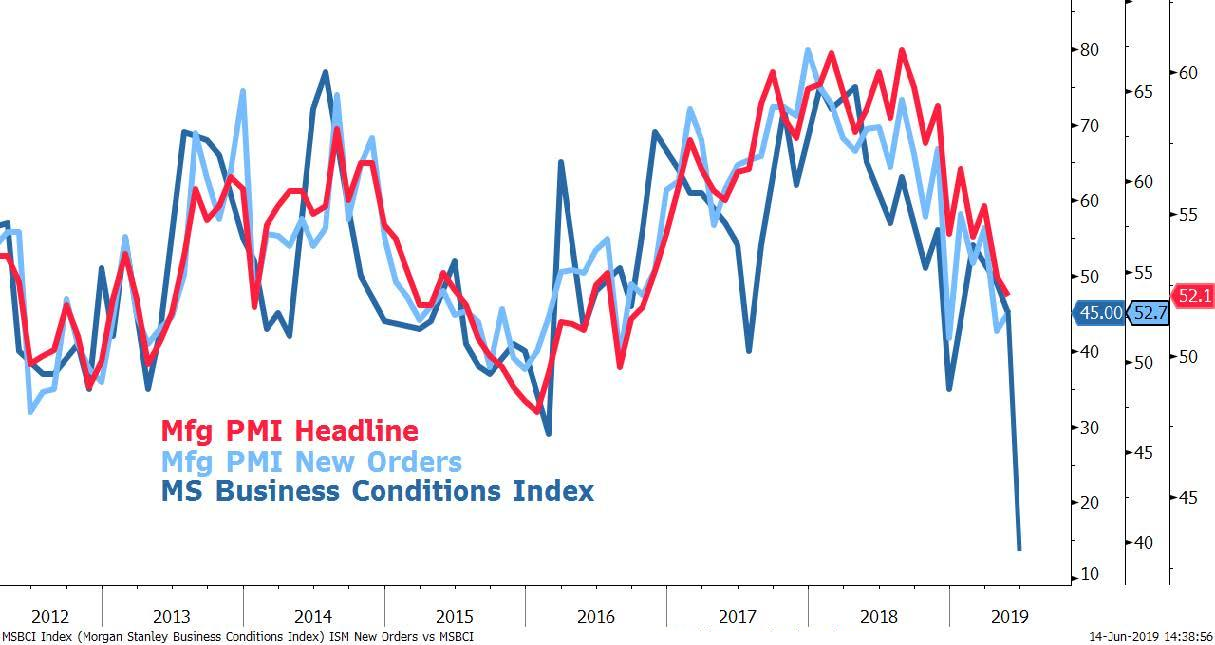 This fundamental economic weakness will inevitably take its toll on the equities markets; thus, Morgan Stanley chief U.S. equity strategist Michael Wilson sees “an increasingly risky environment as deteriorating data and a dovish Fed stand off” and expects “a fall of approximately 10% for the major indices with wide dispersion between stocks and sectors.”

Morgan Stanley’s manufacturing data and Business Conditions Index – along with disheartening recent readings in payrolls, retailer earnings, semiconductor inventories, capital spending, oil demand, restaurant performance indexes, and other gauges – paints an ugly picture of a recession that’s not on the horizon, but right in our backyard.

What we have, then, is a tale of two Americas: one that was bailed out, and the other that was left holding the bag. Ask a middle-class worker whether he’s better off today than he was ten years ago, and you’ll get a very different response than you’d get from his boss’s boss’s boss.

The stock market doesn’t reflect this class division, but reality can’t be avoided forever: “Trees don’t grow to the sky,” as the old German proverb goes. At the very least, we can look forward to stock prices and economic fundamentals converging someday – like star-crossed lovers, they can’t stay apart for long.