Unfortunately, times do change. I was reminded of this while visiting my hometown where I was born and raised in the nice suburbs of Los Angeles county. A town that is still considered nice and “higher end” is now flooded with homelessness and a vibe that I didn’t experience while growing up. The wealthy and poor wedge continues to be driven into the fabric of the American economy, and it’s very evident in California. A combination of poor politics, economic changes, and time lapse has largely flipped my hometown on its head.

But things have changed…

Believe it or not, there was a time in the not too distant past where young people used to be able to afford a respectable lifestyle and live on their own with dignity. Today, this is a population saddled with student debt and broken promises of the so-called post-recession “recovery.” Millennials have been financially stuck between a rock and a hard place for the majority of their adult lives.

Indeed, housing has been an ugly symptom of their struggle, as millennials have been labeled a “generation of renters” who can’t afford the ever-increasing costs of homeownership.

This is a generation that’s getting frustrated not being able to start their lives and move on with adulthood. And it makes sense since this generation is going to be the first generation in America to live a lower standard of living than their parents. But what is happening is an alarming number of millennials are doing whatever it takes to achieve homeownership – even if it means endangering their financial security.

A Bank of the West survey of more than 600 millennials revealed that more of them are, in fact, pursuing homeownership, but they’re often taking on mortgages and borrowing against their retirement savings in order to achieve this.

In direct contrast to their reputation as lifelong renters, the fact of the matter is that four out of ten millennials (aged 21 through 34) are already homeowners – a symbol of status and financial stability at any age. The house of cards could soon come falling down, however, as many of these young homeowners are now feeling the painful effects of buyer’s remorse. 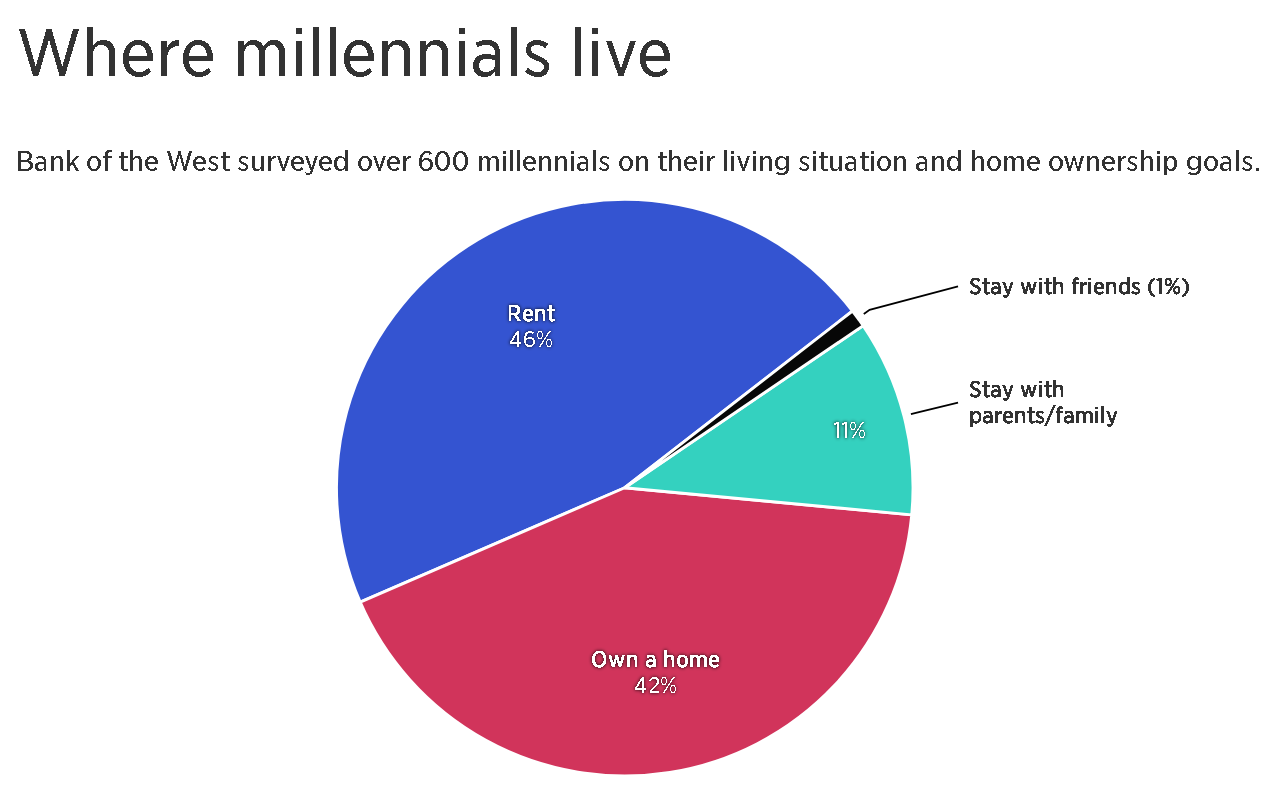 This generation is maxed out to the brink. It’s been about homeownership at all costs, which has included them dipping into their retirement savings. One in three millennials who already own homes did so using retirement savings to fork out the down payment on their house. Financially speaking, they’re building their house on an extremely shaky foundation.

As a result, a sizable portion of the millennial generation is so eager to contravene their reputation as terminal renters that they’re inadvertently cutting off their nose to spite their face.

This is like Robert Kiyosaki says time and time again: due to a lack of financial education – the exact same problem I am doing my part to address – it seems that millennials are sacrificing their future in order to achieve their dreams today.

Look, I’m not judging anyone – we all want the white picket fence, and few Americans of any generation can call themselves 100% debt-free. But unless we, as a nation, can educate young prospective homeowners on the pitfalls of borrowing against their financial future, they may soon have no home, no finances, and no future to look forward to.

There is a path forward, and it may not resemble what has worked in the past for prior generations.

It’s not going to be your traditional idea of going to college, getting a job, and retiring after 40 years with a company.

This model is rapidly vaporizing, and if you aren’t preparing to be nimble in this environment, you will suffer the consequences.

Start overdelivering in all areas and be smart with your expenditures. If you can learn to master this, you will come out ahead in the chess game of life.

Never base any decision off of our emails. CrushTheStreet.com stock profiles are intended to be stock ideas, NOT recommendations. The ideas we present are high risk and you can lose your entire investment, we are not stock pickers, market timers, investment advisers, and you should not base any investment decision off our website, emails, videos, or anything we publish.  Please do your own research before investing. It is crucial that you at least look at current SEC filings and read the latest press releases. Information contained in this profile was extracted from current documents filed with the SEC, the company web site and other publicly available sources deemed reliable. We have not been compensated in any way by Barrick Gold, have no relationship to the company, and did not contact anyone from the company to speak with them regarding our unpaid coverage.  Never base any investment decision from information contained in our website or emails or any or our publications. Our report is not intended to be, nor should it be construed as an offer to buy or sell, or a solicitation of an offer to buy or sell securities, or as a recommendation to purchase anything. This publication may provide the addresses or contain hyperlinks to websites; we disclaim any responsibility for the content of any such other websites.  Please use our site as a place to get ideas. Enjoy our videos and news analysis, but never make an investment decision off of anything we say. Please review our entire disclaimer at CrushTheStreet.com.