Are Millennials Really So Different? Here’s What the Research Says

Antisocial, isolated, entitled, wasteful, irresponsible… Millennials get tagged with negative labels all the time by previous generations, but it’s generally the result of media-fueled stereotypes and/or isolated incidents. It certainly would be nice to see some data-driven evidence to either support or refute the accusations that get directed at millennials.

Interestingly enough, there actually is some preliminary data – provided by, of all sources, the U.S. Federal Reserve Board. It’s a study called “Are Millennials Different?” and it’s chock-full of statistics and regression analysis, along with some inferences that might surprise you.

To start off, it’s worth noting that in the United States, we’re reaching that inflection point where millennials are just starting to outnumber baby boomers, who were the dominant generation for many years: 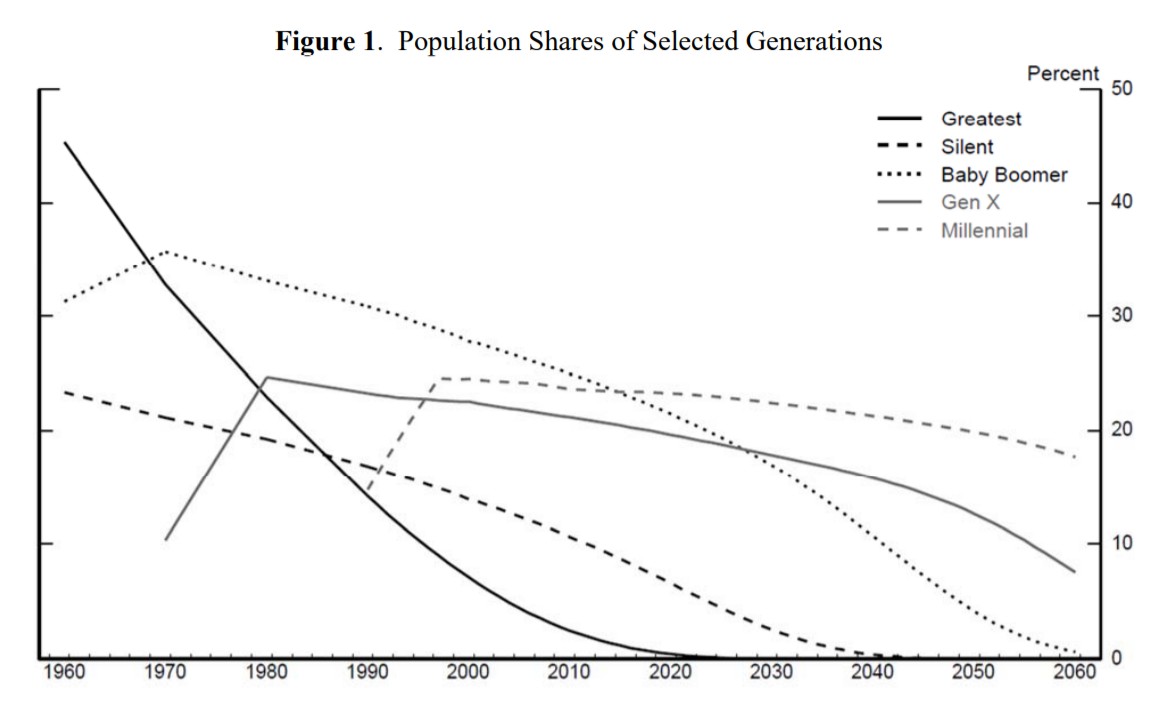 That’s why this study is so important: it’s about the generation that’s already in the process of taking the leadership position in America, whether they like it or not and whether they’re ready or not. It’s no coincidence that advertising agencies spend so much time, capital, and effort targeting this particular generational cohort.

This might not be completely unexpected, but the millennial generation is more ethnically diverse than any previous generation in America: 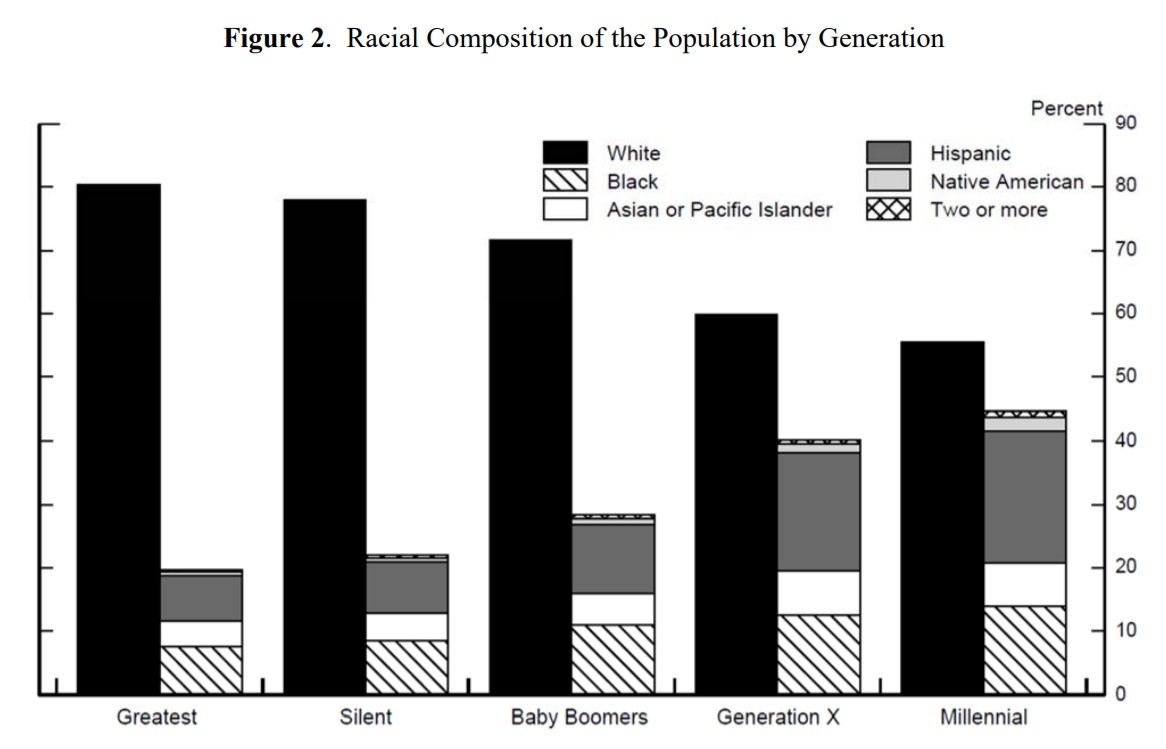 The authors of the research study state that the increase in diversity over the years has been due to multiple factors, including “immigration, interracial marriage, and differential birth rates.” Next, the researchers tackle the issue of educational attainment, which they conclude is “markedly higher” for each generation than it was for their predecessors: 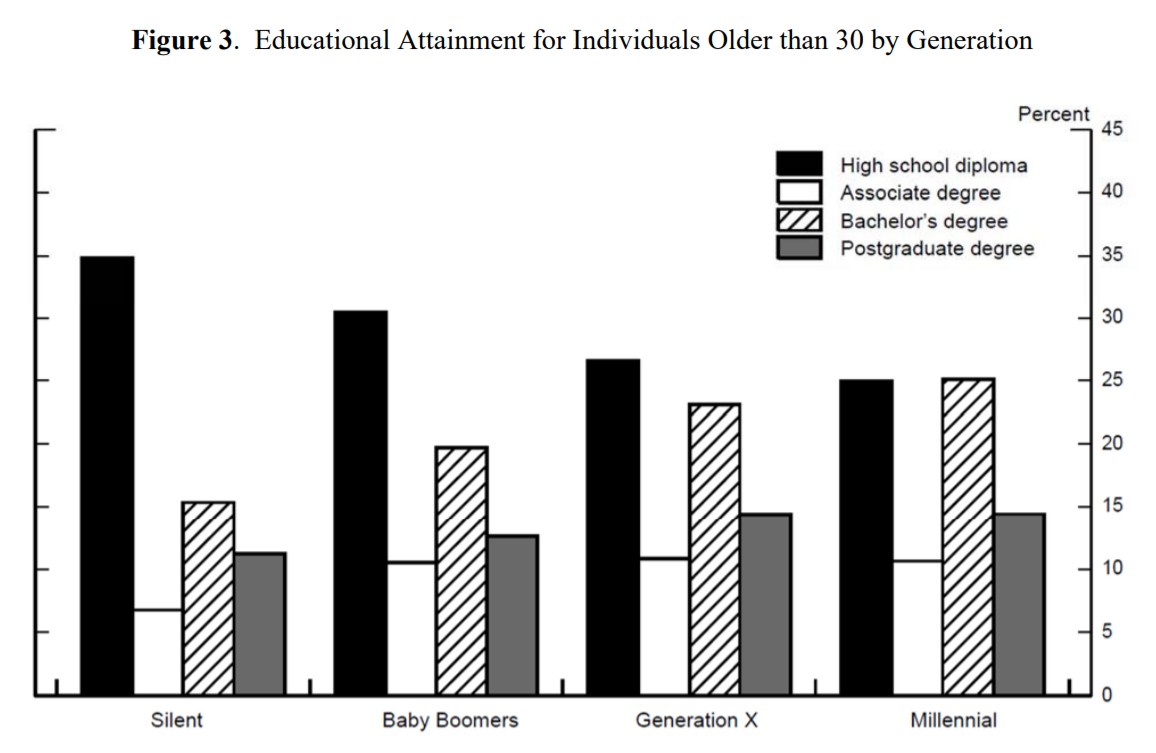 Judging from their chart, I’m not sure if I would call the differential between the millennials and Generation X “markedly higher”; the increase in associate and postgraduate degrees seems to have stalled completely, and the uptick in bachelor’s degrees is less salient than between previous generations. Could it be that millennials are deciding that these degrees aren’t worth the crippling student loan debt that comes with them?

In any case, no one can accuse millennials of being an uneducated group. One could, however, accuse them of rejecting the institution of marriage, which they are apparently doing in record numbers: 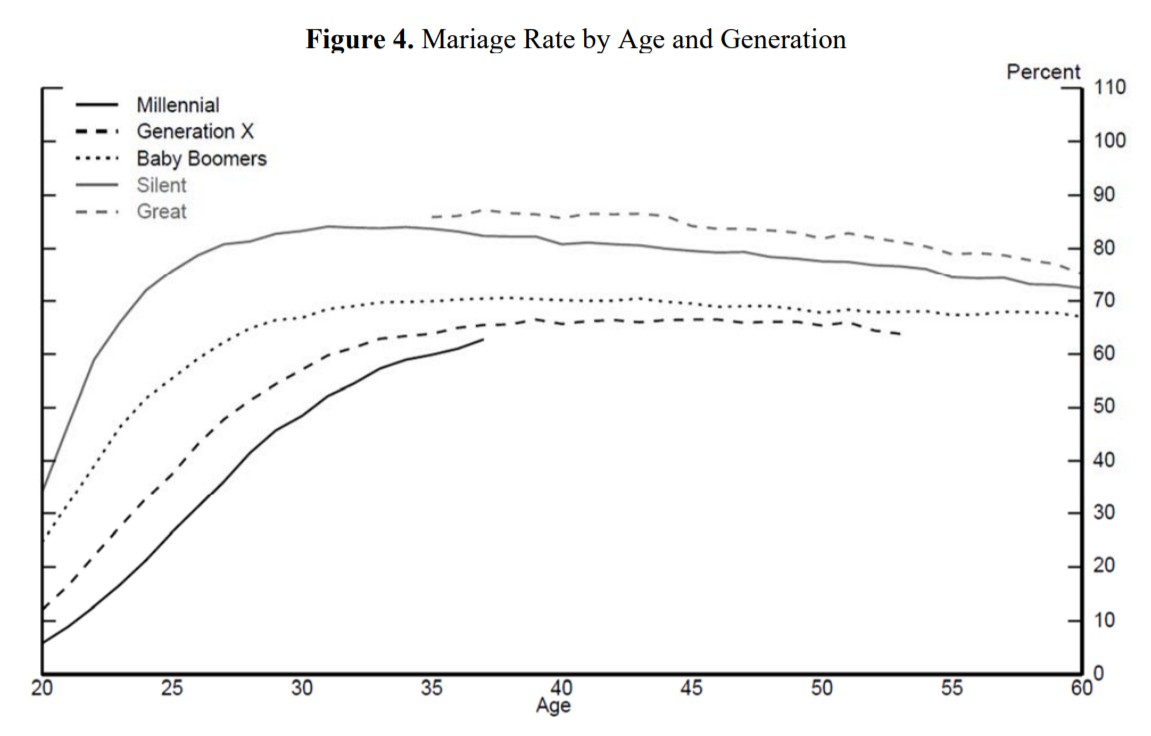 The decline in the marriage rate over time is striking: roughly 6% of millennials were married at age 20, while 35% of the Silent Generation were married at that same age. But then, we can’t blame millennials for most of the decline: “For 20 year olds, the largest decline in marriage rates between successive generations is between the Silent Generation and baby boomers, a transition that occurred primarily after the late 1960s,” states the researchers.

And then we come to expenditures, which some might use as a quantifiable measure of financial responsibility. If you’re expecting millennials to be substantially bigger spenders than other generations, you might be disappointed to see what the research findings actually reveal: 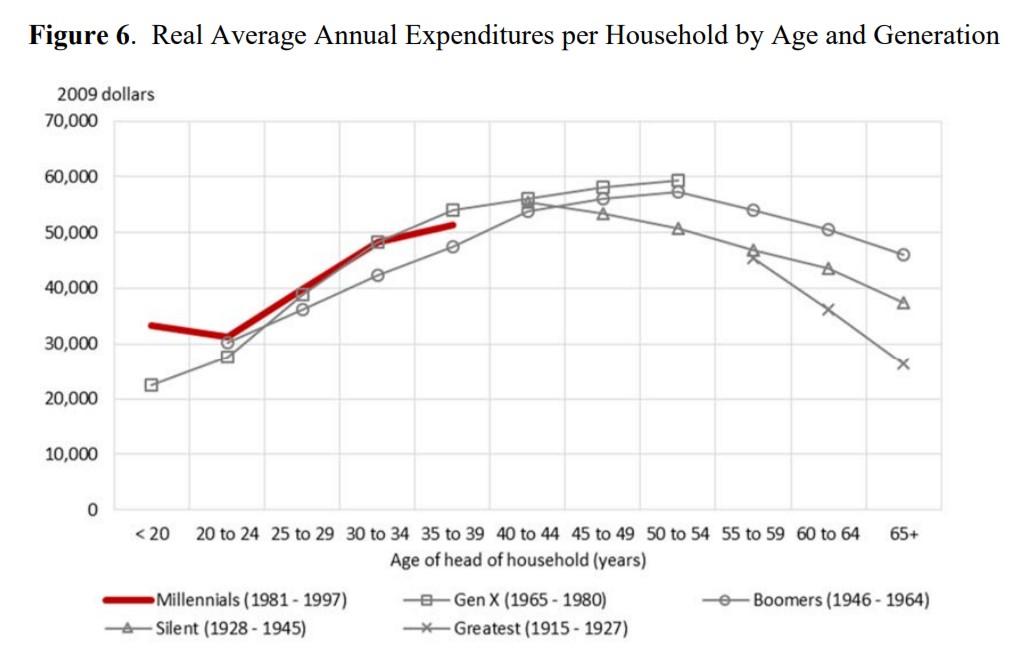 When adjusted for inflation, millennials’ overall expenditures are fairly in line with those of other generations. Not only that, but the researchers found that “millennials in 2016 held more in retirement savings than other cohorts at comparable ages.”

So, to sum it up, millennials tend to have higher rates of racial diversity, higher educational attainment, marriage rates, and not much difference in terms of expenditures – except when it comes to student loan debt, which is decimating their finances.

Are millennials, then, really so different from everyone else just trying to find their way in the U.S. of A.? I would say, let’s make our character judgments individual, not generational – and besides, soon enough we’ll have newer, younger generations to complain about.