Despite the seasonal promise of a December recovery, the stock market action on the day before Christmas will make its mark in the record books – but there’s no merriment, no gifts to be given, except perhaps to short sellers and put option holders as the major market indexes get roasted on an open fire.

After a disappointing head-fake north in the first hour of the shortened trading day of December 24, the S&P 500 coughed up its gains and, in a cruel and ironic perversion of traditional Christmas colors, went from bright green to deep red: 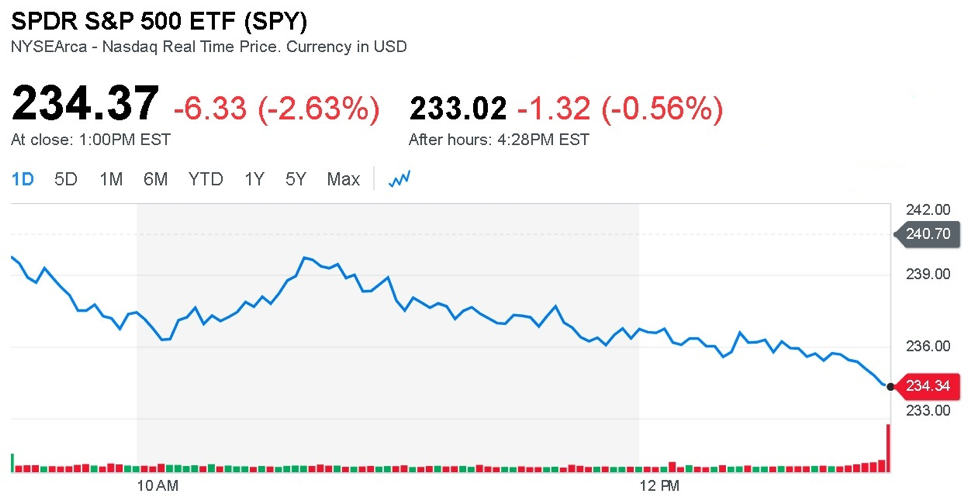 As you can see, even after-hours traders refused to let up on the assault and battery. The other major U.S. stock market indexes didn’t fare any better:

… and oil longs had their own Grinch to contend with: 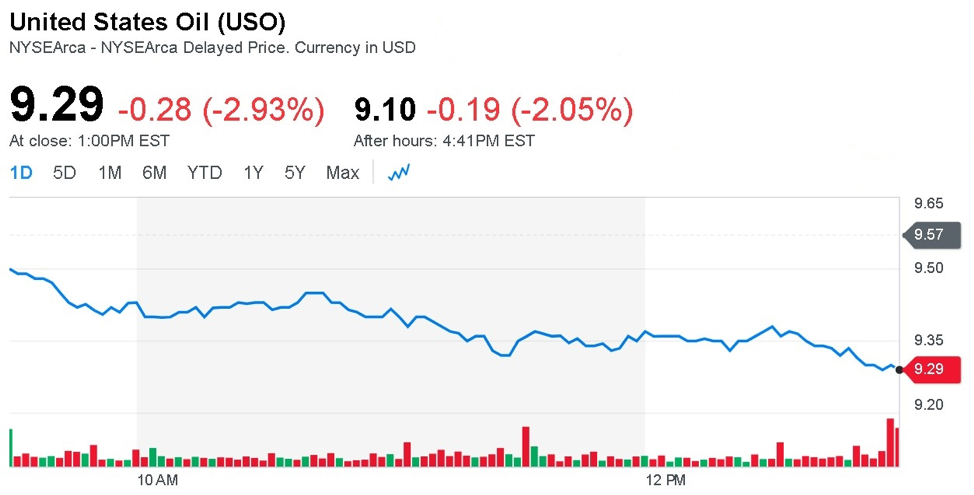 The volatility, like a holiday fruit cake, is heavy and sickening on a day after the late-night e-mini S&P futures were up nearly a full percentage point. With the Dow diving 600 points to crash below the key 22,000 level, and the S&P 500’s 2.7% daily loss pushing it into a bear market, it seems there’s little Christmas cheer left to go around.

Technically, a bear market is defined as a drop of 20% or more from a recent peak, and the S&P 500 has breached that boundary as it is currently down 20.06%. The Nasdaq, Russell 2000, and Dow Jones Transportation Index had already been steeped in bear market territory prior to Christmas Eve.

Not that the other index investors’ misery was much comfort to retirees and other investors in the perennially popular S&P 500, as the 24th of December this year marked a dubious historical honor: the worst Christmas Eve performance for the S&P in the history of the stock market.

Sleigh bells may be ringing a tad fainter this year, as all 11 sectors of the S&P 500 are now negative for December, the fourth quarter, and the full year of 2018. And for you techies out there who were hoping for some nice gadgets to appear under your tree, you may be disappointed to learn that the Nasdaq is now 22% below its record high reached in August.

The market knows who’s been naughty and who’s been nice, but commentators have as many market headwinds to blame as Santa has reindeer: the government shutdown, the U.S.-China trade battle, unsettled Brexit concerns, and tension between the President and the Fed are among the concerns – not to mention mounting national debt, and the unwinding of the quantitative easing program that buttressed the market in the first place.

For President Trump, the issue is much more straightforward than that (according to a recent tweet, at least), with the full weight of the issue resting squarely on the shoulders of the Federal Reserve: 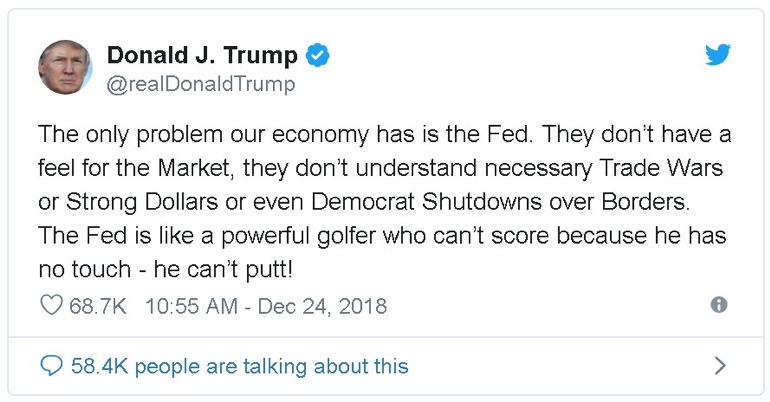 Wherever we may choose to point the finger, the question now turns to whether the current bear market will resolve itself into a soft landing or a full-on crash. Traders and investors have the Christmas holiday to digest what has happened and ponder the future as Saint Nick makes his rounds and children celebrate the season, blissfully unaware of what just took place on the trading floor.