Wednesday’s record 1,086-point (or +5%) single-day surge in the Dow Jones Industrial Average, and a nearly +5% jump in the S&P 500, might have felt exhilarating for market bulls. However, a look back at price action during past crashes indicates that sharp, sudden rallies are typical behavior during sustained bear markets.

Beyond the price action, it might also be considered “unusual” (to say the least) that the President of the United States is talking up the markets, telling reporters in the Oval Office that U.S. companies present a “tremendous” buying opportunity; and that the Secretary of the Treasury felt it necessary to assure the public that “the markets continue to function properly.”

The fact that White House economic advisor Kevin Hassett felt the need to assure the public that Federal Reserve Chairman Jerome Powell’s job is “100 percent” safe, and that we’re looking at “perhaps the best Christmas ever” in terms of the economy, could be considered by skeptical minds as a cause for concern. 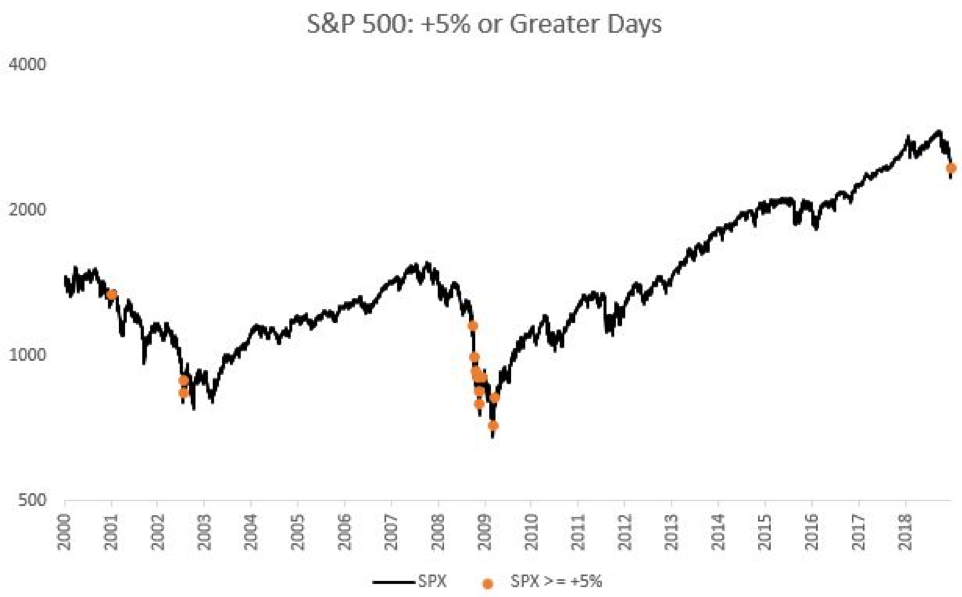 … nor have 4-percent-or-greater single-day rallies: 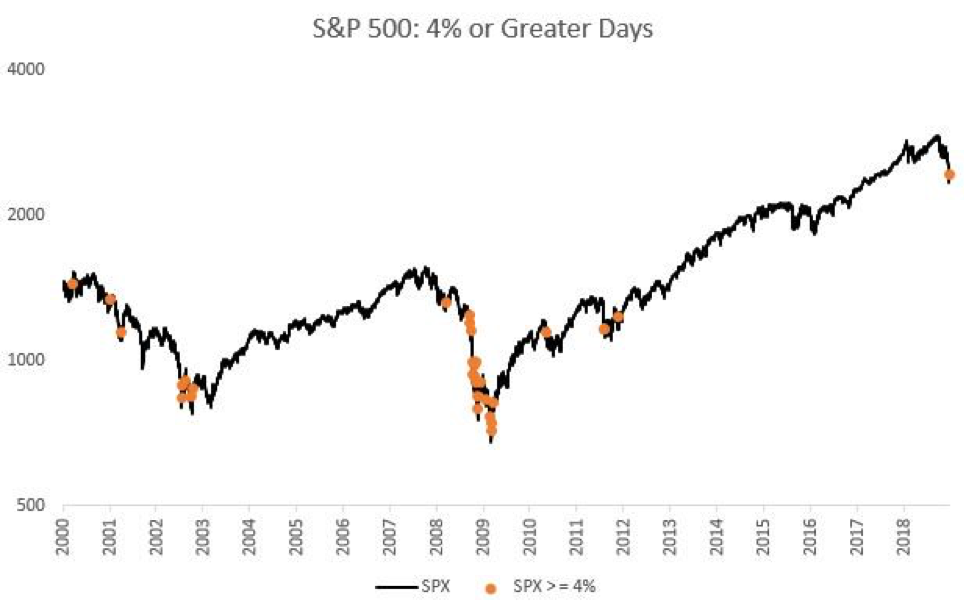 With 85% of all trading done by computerized algos, which tend to trigger buy and sell orders in unison, it’s likely that Wednesday’s record-setting price action was the result of massive automated short covering, rather than jawboning from the President, Treasury Secretary Mnuchin, or economic advisor Kevin Hassett.

Experienced analysts like Robert Baird equity sales trader Michael Antonelli are able to put these wild price swings into historical perspective; as Antonelli points out, from October 10 to October 13, 2008, “the market rose nearly 12% in one day. October 27 to October 28, 2008, it rose 11%.”

Data provided by Bloomberg corroborates the prevalence of dead-cat bounces during times of extreme volatility: during 8 previous bear markets, the S&P 500 experienced rallies of greater than 2.5% more than 120 times; and from the collapse of Lehman to the bear-market bottom of March 2009, the S&P 500 rallied more than 4% on 13 different trading days. 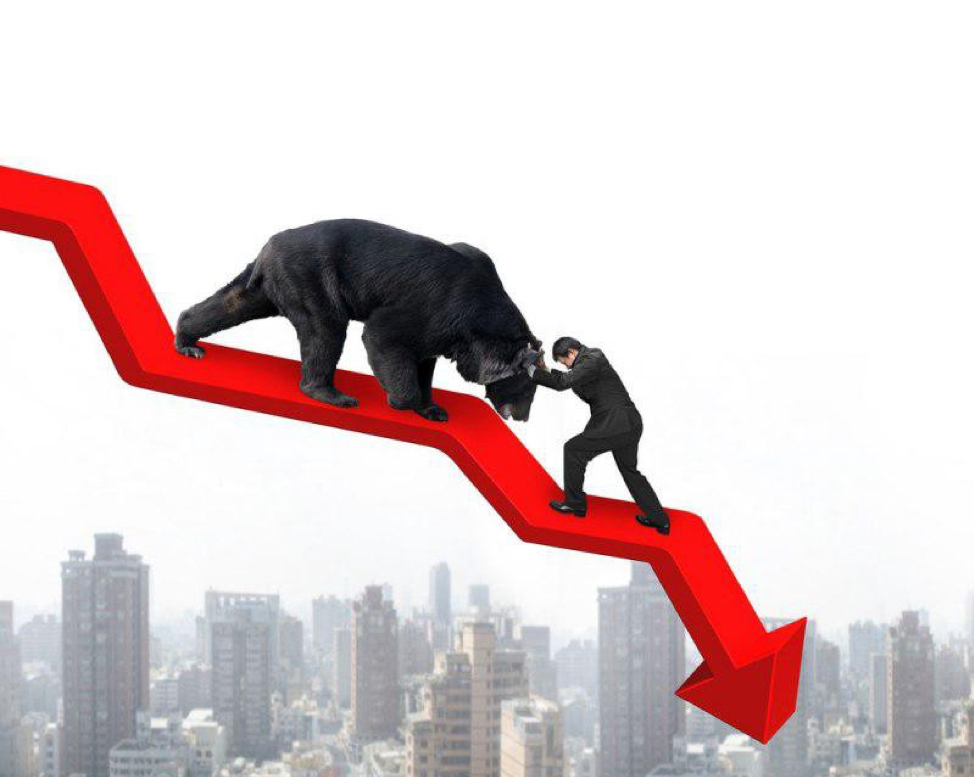 If Wednesday’s rally proved anything, it’s that volatility is at peak levels. We have to bear in mind that volatility works in both directions, as it’s defines by price movements that are sharp, sudden, and frequent. Besides, markets move in stairsteps, not in a straight line, even during a bear market.

Moreover, the same automated algos that swept the stock market up so quickly can take it down just as quickly. The market that lives by the algos, dies by the algos – and by the unwinding of easy money policy, and mounting national debt, and the devaluation of the dollar, and so on.

We can only hope that retail investors are prepared with a diversified portfolio that includes some recession-proof assets for times like these. Getting lulled into complacency by bear market rallies is an easy way to get trapped by a market that will smile while stealing what’s left of your investment capital.