Governments have backed themselves into a corner with fiat money, which is why they print it in massive quantities. They’re the cards they have to play and it’s why they cheerlead the dollar and berate anything that directly or indirectly competes with it as a wealth-storing vehicle.

Ray Dalio of Bridgewater Capital, a hedge fund that has $160 billion AUM, is not cheerleading the weaponized dollar at all.

His message is clear and unmistakable: cash is trash. It’s a bold statement at a time when the U.S. dollar seems to be holding strong against a handful of other world currencies, but in all likelihood, that says more about the relative weakness of those currencies than it does about the dollar’s actual value.

It’s understandably hard to go against what we’ve come to expect from the dollar over decades of dominance, and that’s why many will defend the dollar as a safe haven during a time of viral outbreaks and geopolitical tensions.

Bridgewater Co-Chief Investment Officer Greg Jensen is thinking differently and recommending a much better alternative: “When you look at the geopolitical strife, how many foreign entities really want to hold dollars? And what are they going to hold? Gold stands out,” he explained. This is coming from nothing short of a grandiose platform that is largely a stark contradiction to what will come from central bankers.

In other words, when crisis erupts, gold shines and fiat falters – plain and simple. All of the major world powers are guilty of cranking up the money-printing presses, but the U.S. Government, in particular, has made it absolutely clear that it will paper over its problems time and again.

It’s no secret that last year’s 29% gain in the S&P 500 came on the coattails of the Federal Reserve pumping cash into the banking system; this is the “Powell put” that the stock market’s absolutely addicted to and will continue to depend on in 2020. $400 billion in cash injections over the past four months and Jerome Powell’s promise to continue the liquidity infusions through at least April are a guarantee of accelerated money printing if there ever was one.

The Fed Chairman also vowed to continue the incessant “not QE” bond-buying program while keeping interest rates low, saying, “We will use those tools — I believe we will use them aggressively should the need arise to do so… it is much more likely we will have to turn to the tools we used in the financial crisis.”

The mega-scale issuance of negative-yielding debt continues, with America leading and other nations competing – and gold holders are prospering as the rising volume of debt provides a strong tailwind for hard assets: 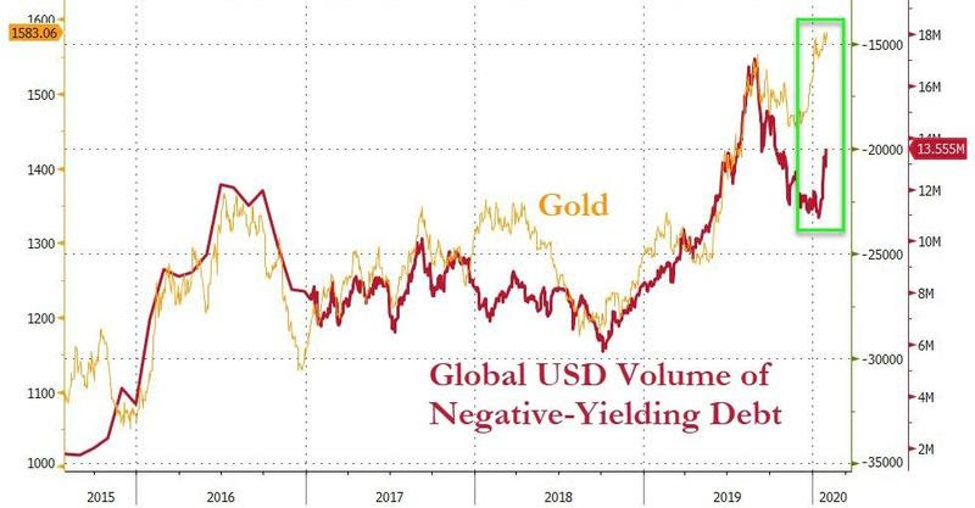 Indeed, gold is already hitting all-time highs against the euro and yen; the only thing preventing it from being the unified, undisputed heavyweight champion is the dollar. That’s undoubtedly a temporary hindrance, though, since the Federal Reserve is now more than happy to let inflation exceed its former target of 2%.

Dalio pulled no punches, encouraging all investors to add gold for both profits and protection, saying, “I believe that it would be both risk-reducing and return-enhancing to consider adding gold to one’s portfolio.” He even went so far as to suggest that a “paradigm shift” is underway – one in which “monetizations of debt and currency depreciations will eventually pick up, which will reduce the value of money” and thereby make precious metals much more valuable.

I’m a strong believer in gold and therefore, silver and believe we are STILL, very early in the bull market cycle.

One of the blatantly obvious reasons I see for this is that we haven’t seen the flow of capital in gold move out towards the margins of the sector in a major way yet. When this bull market really kicks into gear, two key things will start to happen:

In order to capitalize on the coming bull market in precious metals, investors should consider owning both physical gold and silver, with a stronger weighting towards silver.

If you’ve followed my work, you know I’ve been a strong believer in silver and the mining stocks, which is why I regularly cover what I feel to be a top-tier silver mining company that will give investors the greatest upside with the least amount of risk: First Majestic Silver (TSX: FR & NYSE: AG). 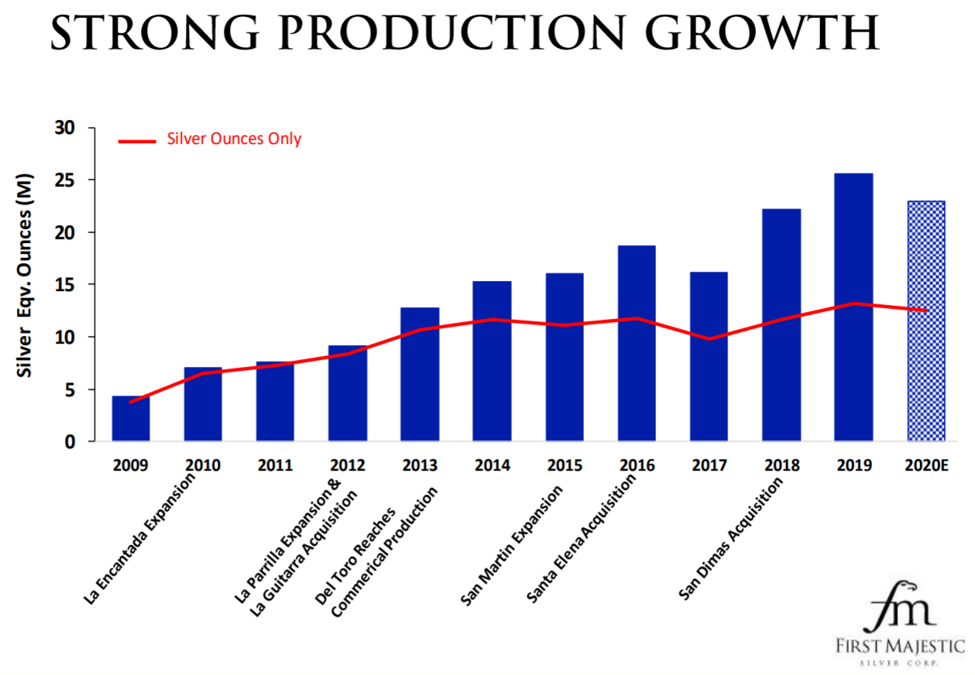 This is a company that continues to acquire premium producing silver assets and is run by Keith Neumeyer, a legend in the resource sector.

First Majestic is famous in the industry and I view it as a go-to silver market investment. With 60% of First Majestic’s revenues sourced from silver and the other 40% coming from gold assets, owning the shares is like having the precious-metals version of a 60-40 portfolio, all in one company.

For 2020, First Majestic’s assets suggest all-in sustaining costs of $13.37 to $15.46 per payable silver ounce. Silver is already trading higher than that, of course, and higher projected silver prices should deliver higher prices for silver stackers – plus spectacular value for First Majestic shareholders.

Similar to Dalio and Jensen, Silver Institute Executive Director Michael DiRienzo is bullish and predicts that silver will average $18.40 this year, citing that we will also see “current global economic health and geopolitical uncertainties throughout important economies and a return to silver industrial demand growth, coupled with a robust increase of 7% in silver physical investment.”

I personally think that is very conservative knowing how fast markets can move when they get going. The $21.50 level for silver will be a key price point because it served as a ceiling in 2008 and a point when silver broke through and went parabolic in 2011.

At CrushTheStreet.com, we see silver fighting its way to that $21.50 level and then really kicking into gear after breaching it.

What I’m personally doing is positioning myself in what I feel are the best mining companies that give asymmetric upside.

Disclosure/Disclaimer:We are not brokers, investment or financial advisers, and you should not rely on the information herein as investment advice. If you are seeking personal investment advice, please contact a qualified and registered broker, investment adviser or financial adviser. You should not make any investment decisions based on our communications. Our stock profiles are intended to highlight certain companies for YOUR further investigation; they are NOT recommendations. The securities issued by the companies we profile should be considered high risk and, if you do invest, you may lose your entire investment. Please do your own research before investing, including reading the companies’ SEC filings, press releases, and risk disclosures. Information contained in this profile was provided by the company, extracted from SEC filings, company websites, and other publicly available sources. We believe the sources and information are accurate and reliable but we cannot guarantee it. You should know that we have been paid two hundred thousand dollars and received twenty five thousand stock options with an exercise price of fifteen dollars and ninety three canadian cents by First Majestic Silver Corp. (AG) as consideration for a one year digital marketing campaign, which includes this communication. You should know that that we intend to exercise options and/or sell shares in 2020. We will only sell shares after a minimum of thirty days after an email marketing campaign. In the past, AG has compensated us (and/or our affiliated companies Future Money Trends and Gold Standard Media) a total of sixty five thousand dollars (in twenty eighteen) and twenty five thousand dollars (in twenty seventeen) for prior, now concluded, marketing campaigns. We also currently own an additional seventy five thousand Options of AG with a conversion price of ten canadian dollars and eighty four cents (twenty five thousand), nine canadian dollars and one cent (twenty five thousand), eight canadian dollars and thrity one cents ( twenty five thousand), which we received from AG in connection with our prior work.