Bitcoin as a Store of Value: Part 2 – By David Young

Earlier in the year we provided an analysis of Bitcoin’s role and potential as a Store of Value.  One can find that analysis at the following link:

Prior to catching up on where we stand currently, let’s review a definition of the term Store of Value so we clearly understand the intent here.  This is how Wikipedia defines Store of Value: 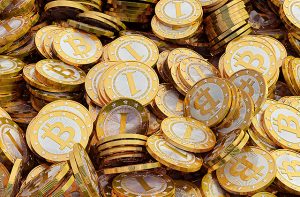 A store of value is the function of an asset that can be saved, retrieved and exchanged at a later time, and be predictably useful when retrieved. The most common store of value in modern times has been money, currency, or a commodity like gold, or financial capital.

The definition of Store of Value as a function is certainly easy enough to understand, but let’s not confuse simplicity with lack of significance.  An effective Store of Value needs to be easily and seamlessly retrieved, exchanged at a later time, and predictably useful when one does retrieve it for use.  Discussions over practical use and what is most likely to happen in a world dominated by technology and mobile connectivity can easily lead to a comparison of Bitcoin and gold and silver as a Store of Value. 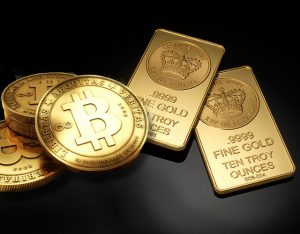 Critics of Bitcoin tend to refer to how gold and silver continue to withstand the test of time and “hold their value”.  That is true.  The physical piece of metal, assuming it is not fake, will always retain some level of value.  However, it is more important to consider which options that we have now will perform the best as Stores of Value moving forward rather than the past performance and history of precious metals.

Given that, let’s compare the performances of Bitcoin, gold, and silver as Stores of Value measured in USD and going back to September 1, 2015.  We will compare the price action from this date because in middle to late August of 2015 the PBOC (People’s Bank of China, or China’s “Central Bank”) started to very clearly and publicly reveal its intentions to devalue the Yuan.  Although we understand that nations always have and always will engage in “currency wars”, this verbal and written action by the PBOC ratcheted up the intensity.  We can see this is indeed the case simply by looking at the Yuan versus USD and the Yuan versus a basket of currencies representing China’s top trading partners since this time.

Here is the performance of each denominated in USD since 9/1/2015:

Naturally after major moves in prices people tend to ask if it is “too late” or if they “missed out” on an opportunity.  This raises the question of whether it is “too late” to effectively use Bitcoin as a Store of Value and where we are in terms of this entire experience with Bitcoin and cryptocurrency in general.  In short, how much potential still exists for the market value of Bitcoin to rise substantially?

This analysis contends that we are still very, very early in the game fully understanding that Bitcoin has been operational since 2009.  Bitcoin enthusiasts, early adopters, blockchain techie experts, and VCs tend to express frustration over a “lack of killer apps” or the purported failure of Bitcoin to “go mainstream”.  We will analyze what killer apps may appear next in another piece but regardless there is still an absolutely enormous amount of potential for Bitcoin to continue performing exceptionally well as a Store of Value.  In fact, this analysis contends it is likely that the “killer app” of Bitcoin will remain Store of Value for the foreseeable future because it has the most direct and significant impact on human nature and hence economic behavior.  Applications for the use of Bitcoin will continue to emerge but there is certainly nothing wrong with Bitcoin “only” being used by most as a Store of Value for the time being.

Part 1 of our discussion of Bitcoin as a Store of Value looked at merely 1% penetration of massive pools of funds such as bank deposits in China and global FX daily trading volume.  Obviously those factors are still present, but let’s veer into another couple of topics that could also play a strengthening role in the very near future.  An emerging battle between Bitcoin and gold, looming Bitcoin ETF approvals at the SEC (Securities and Exchange Commission), and the extremely intense battle against cash are three spaces that could very well shine bright lights on Bitcoin over the next several months and beyond.

Given the price performances noted above it is natural and highly likely that more and more people and investment professionals start to at least consider trimming exposure to precious metals and initiating exposure to Bitcoin.  Gold topped in 2011 and has been in a bear market since with the typical bear market rallies elevating levels of hope that “this time is different” and gold will soon instantaneously vault to $5,000/oz or $10,000/oz.  Perhaps gold will enter a new bull market at some point but the reality is that over the last 12, 24, 36, and 72 month periods, gold’s performance falls well short of that of Bitcoin.  Globally about $7 Trillion is stored in gold.  The GLD ETF stores about $30 Billion and there are several other ETFs related to gold or gold miners.  Bitcoin currently stores around $15 Billion.  As more people ask why they should not shift at least some funds oriented around gold into Bitcoin the size of the potential funds moving could substantially impact Bitcoin’s market value. 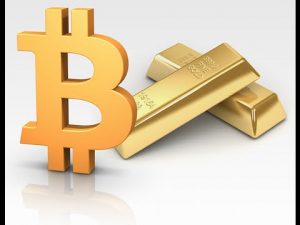 This analysis will not speculate on if or when either of the two pending ETFs for Bitcoin will or will not gain approval from the SEC.  Chances are that at some point there will be a way for individuals and institutions to gain exposure to Bitcoin through the status quo channels if only because of the desire of the establishment to profit from Bitcoin.  However, the key here is the potential for institutions to be able to enter into significant Bitcoin positions via an ETF eventually.  Currently there is no seamless and direct way for professional money managers to gain exposure to Bitcoin using OPM (“Other People’s Money”).  In most cases the charters and regulations governing their funds place very strict controls on what they can and can’t buy.  If institutions could quickly direct seven and eight figure sums into Bitcoin or even more this would have an enormous impact on Bitcoin’s market value in both directions.  People may not completely understand and absorb that unlike gold or silver money managers moving very large sums of funds can’t simply buy a large chunk of Bitcoin with the click of a mouse or phone call.  Professional money managers crave and need Alpha (the delta or difference between their AUM and fund’s performance and its benchmark).  Don’t be shocked if Bitcoin ETFs are used to try and generate Alpha.  This is a potential stimulus that is still sitting out there as a future catalyst.

Venezuela.  India.  Australia.  Pakistan.  These are not tiny countries with miniscule populations in the grand scheme of things.  Venezuela and India already banished certain bank notes literally at the drop of a hat and instantly created even more havoc for their citizens and economies.  Australia and Pakistan announced plans to do the same in the near future.  It is very obvious that this is not a crazy, hypothetical scenario and that Central Banks are and will continue their battle against physical cash (to see our prior analysis click here: https://cryptortrust.com/2016/07/07/real-reason-for-cash-ban-and-why-it-will-only-boost-bitcoin/ ).  Banning cash will only push more people into using Bitcoin as a Store of Value and even a Medium of Exchange as well.

Despite the exceptional performance of Bitcoin since 2009 as a Store of Value relative to all major currencies, we are still very early in the game.  The current market value of Bitcoin is a microscopic drop in the bucket in the global tsunami of fiat and liquidity sloshing around.  We have not yet even seen the impact institutions can have on Bitcoin and the War on Cash is just entering the tornado phase.  Shifting 10% of the $7 Trillion stored in gold currently is $700 Billion.  How high can Bitcoin’s market value ultimately rise over time?  We can’t answer that definitively.  How much DEBT IN TRANSIT (state sponsored, Central Bank issued fiat currency) can be exchanged for Bitcoin?

Stay focused on the basic fundamentals: