3 Cheap Tech Stocks to Jump On

Over the quarter, investors learned a painful, obvious lesson: nothing lasts forever. After enjoying years of unprecedented, record-shattering profits, the major financial indices finally crumbled under the pressure. Although we witnessed a recent comeback effort, the net damages far outweighed the positives, particularly for cheap tech stocks.

Without much surprise, the broader technology sector experienced a greater magnitude of volatility. As a cyclical industry, tech firms depend largely on consumer and commercial demand. Economic weaknesses, no matter the catalyst, usually presents a headwind to this market subsegment. In short, reduced sentiment equates to a declining revenue stream.

Naturally, this dynamic causes investors to panic out from cyclical names and into stable, secular stocks. Of course, in a downturn, the number one priority is protection. Therefore, I’m not opposed to the rollover to (relatively) safe dividend stocks.

However, this is also a time to consider the very technology sector which is experiencing the money outflow. The extreme volatility and panicked reaction in the markets means that top industry players are now deeply discounted.

Here are three cheap tech stocks to jump on:

If you had to speculate among the current cheap tech stocks, I’d go for Nvidia (NASDAQ:NVDA). Since the first of October, NVDA has dropped a staggering 53%. Moreover, it didn’t enjoy much of a comeback during the last few days of December. 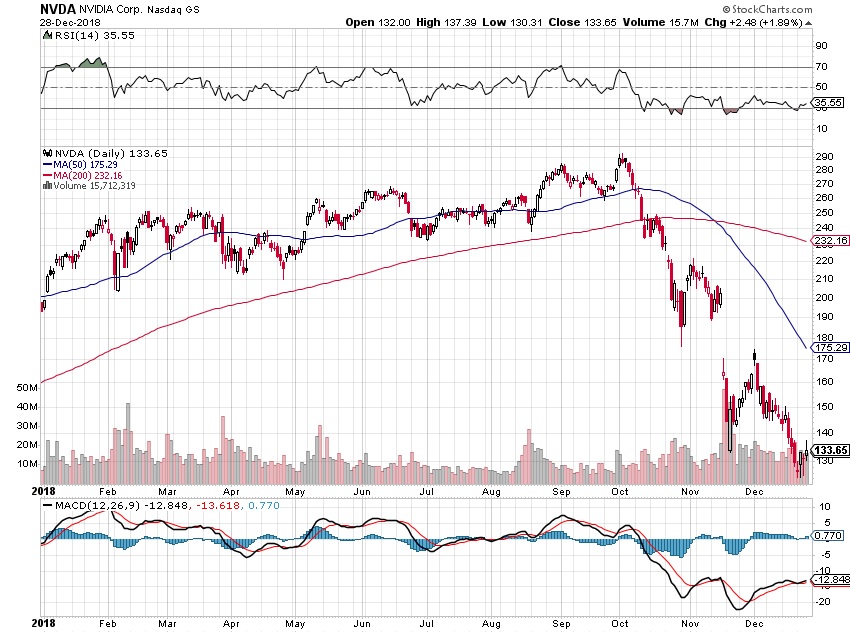 Not only does this dynamic contrast with its competitors, NVDA is a crazy discount. At its present price, it essentially erased a year-and-a-half of market upside. While nothing prevents shares from falling further, at some point, the bulls will likely see the (glaring) opportunity.

Nvidia is a powerhouse in emerging technologies, such as artificial intelligence, and driverless vehicles. Additionally, its GPU division features strong demand from video games. Should cryptocurrencies regain their mojo, NVDA has another excuse to jump higher.

Micron (NASDAQ:MU) suffers a similar situation to Nvidia, perhaps even worse. While many cheap tech stocks collapsed during the October selloff, MU shares have lost traction since May-end. More worrying for stakeholders is that MU has charted a decisively bearish trend channel that refuses to break. 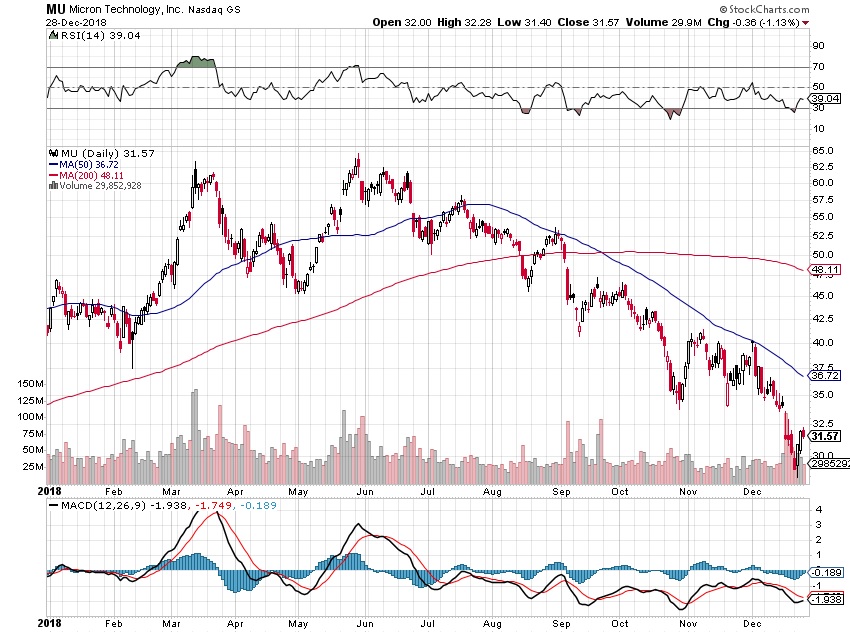 At the same time, this setup represents a contrarian opportunity. Because MU fell into disarray much earlier than its rivals, the markets have theoretically baked in more bad news. As we know from typical investment behavior, assets rarely continue to rise or fall indefinitely.

In Micron’s case, I believe patient investors will start eyeballing its potential revenue streams. As a key memory-chip manufacturer, Micron has a significant footprint in the previously-mentioned revenue channels, such as AI. Further, the shift to the 5G network presents very realistic and viable tailwinds.

Admittedly, IBM (NYSE:IBM) represents one of the riskiest ideas among cheap tech stocks. Fundamentally, “Big Blue” suffers from a relevancy problem. To many people, IBM is a big giant relic. The company does something; we’re just not sure exactly what. 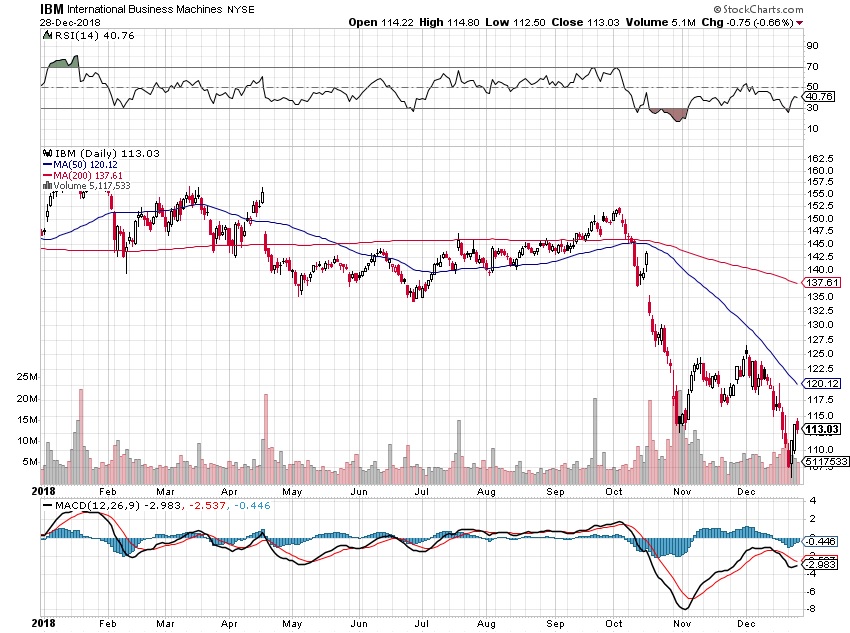 However, that not entirely unfair perception may change. While critics poo-poo its innovations, IBM does have them. For instance, its artificial intelligence platform has already automated jobs for some of its corporate clients. In a sector notorious for grandiose claims, IBM actually walks the walk.

Plus, the company is incredibly attractive from a price standpoint. Since the start of October, IBM shares have dropped more than 24%. This is a chance for speculators to advantage a contextually-meaningful discount, considering its lofty dividend yield.