Pictured above is a typical makeshift treatment facility during the “Spanish flu” pandemic from 1918-1919. It is one of the most devastating outbreaks of disease in history, affecting roughly 30% of the world’s population with the estimated deaths ranging from 40-100 million and including 675,000 Americans. That H1N1 virus with genes of avian origin had nothing to do with Spain geographically, but the Spanish government was one of the first to admit through uncensored media channels that a new and deadly disease had emerged, and the colloquium stuck. My grandmother on my mother’s side of the family, the youngest of five children, was orphaned due to the Spanish flu in the U.S. with her mother’s death during childbirth and then father along with the surviving infant. 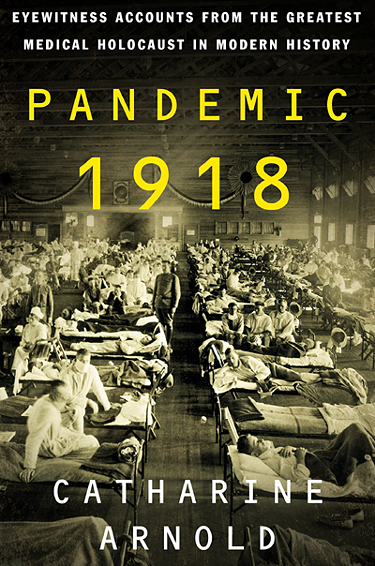 “We expect to see additional cases in the United States… and emphasize that this is a serious global public health situation and continues to evolve rapidly… has spread to 27 countries… the immediate risk to the American public is low… it is a time to be prudent… we are on the lookout for sustained human-to-human transmission clusters in the U.S… the virus is beyond containment in China and they are in a mitigation phase…  the U.S. is in a containment phase with the first use of quarantine protocol in 50 years for high-risk travel passengers… it does not mean that weeks from now the U.S. will not be in mitigation phase.” – President’s Coronavirus Task Force Press Briefing, Feb. 7

Theories that try to explain an origin of the Spanish flu include:

According to recent research, the most likely source was China where an influenza epidemic was raging in Guangdong. During WW1, Chinese laborers were recruited by Britain and transported from China to southern England and France in order to free up their young to fight on the western front. In the winter of 1917, up to 20,000 laborers per month were secretly transported across North America to serve in the Chinese Labor Corps (CLC) and dig trenches in Europe. Medical records for more than 3,000 CLC workers indicate that they were placed in quarantine with flu-like symptoms. The influenza traveled through the Canadian guards and took root on the North American continent.

“Ethnocentric fears—both official and popular—facilitated its spread along military pathways that had been carved out across the globe to sustain the war effort on the Western Front.” – The Last Plague, Mark Humphries

Hundreds of CLC workers that arrived in Europe perished because of their respiratory illness and brought with them an influenza mutation that boomeranged back to North America and across the Pacific. The initial wave through China was less lethal and suggests that immunity already existed from an earlier exposure. The outbreak of SARS in 2003 also lends credence to China as the Spanish flu source, but is not proven yet without doubt.

The first of three waves of the Spanish flu was most lethal to healthy and young adults, which was an aberration from previous patterns of mortality associated with infectious disease. One can muddy the water with SARS 2.0 (2019-nCoV) morphing into a global pandemic via the unknowns. Its most unusual victims are those that collapse and die on the spot without warning, which is likely a manifestation of Myocarditis due to SARS 2.0 virulence. Also of note is that Spanish flu victims were contagious for several days before exhibiting any symptom, which is a similar pattern that has developed with SARS 2.0 asymptomatic incubation periods that can extend up to two weeks.

From a layman’s perspective, I have taken note of additional similarities from media reports over the last couple of weeks. China is providing makeshift spaces to house thousands in “FangCang” facilities, and those are in addition to pre-fabricated field hospitals being constructed in Wuhan and Zhengzhou for thousands of patients in advanced stages of SARS 2.0. The FangCang facilities are reminiscent of the emergency influenza wards that were hastily put together to treat hoards of Spanish flu patients (see headline image), which offered no separation among patients and limited resources for treatment.

No quarantine, no bathroom, no food, no doctors at a FangCang facility…

Funeral Home Worker in Wuhan: We Are Working 24/7 to Cremate Bodies… “Workers at crematoriums in Wuhan City, the epicenter of the coronavirus outbreak, say their workload has increased dramatically in recent days, as they constantly transfer the bodies of victims from hospitals and private homes.” – The Epoch Times

I am keeping a Twitter thread alive with relevant updates as much as possible that originates from my first SARS 2.0 article on Jan. 21. Another Twitter thread updates financial market and global economic impacts that orginate from a Jan. 31 technical analysis on U.S. stock market indices.