Just shy of five months ago, I warned that “A Mileage Tax to Experience the American Dream” was on your doorstep. I suggest you wander over there and review the dirty details on what you thought you knew but didn’t and how local roads and interstate highways are funded. Here is an excerpt:

“The current predicament of U.S. domestic and international affairs was predictable after the 2020 election result stomped onto your doorstep. I say that without remorse because we got what we voted for over the course of many years, rigged or not… Your glorious leaders are in the process of rolling out legislation and programs that will tax you for every mile you drive on the roads you’ve already been taxed for via the gas pump (and tolls) to maintain them. That tax scheme adds a whole new paradigm to the meaning of double taxation… Oregon and Utah have already launched a program to tax per mile driven and many more states are willing and able to implement a Vehicle Miles Traveled (VMT) tax system… The majority of taxpayers are not aware of the amount of state and federal taxes included at the gas pump. A VMT program would dramatically shift taxpayer psychology from ambivalence over current rates to visible amounts via a VMT tax to meet infrastructure needs… Capitol Hill is chatting about funding a $4 trillion infrastructure bill. After having spent $1.9 trillion on COVID pork, it may be a hard sell in the Senate. Increasing the federal fuel tax as part of the plan is apparently out of the picture, but I suspect there will be funding within any version of an infrastructure bill to plan the mechanics of implementing a VMT tax in the near future.”

The elephant on the highway is trucking, which is how everything you place your eyes and hands on and open your wallet to magically appears at your local retail mom and pop store or big-box operation. If you are livid about inflation today, just wait until the shit-show on that distant horizon when a per-mile transportation cost is passed onto you, consumer dearest. Fuming at the gas pump yet? Keep watching the boob tube as your life and constitutional rights are obliterated piecemeal. Maybe someday soon, the plebes will revolt in mass and remove the socialist squads from Capitol Hill and move them into Guantanamo. Unfortunately, half of us are dumbed down and voluntarily inoculating with gene-modifying jabs without informed consent and vilifying fellow Americans, so I’m not sitting in a cloud of optimist hopium among the zombified. 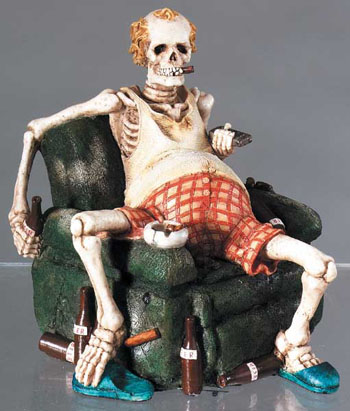 Truckers, on the other hand, might save the potato butts by striking, and maybe not, but at least they’re more likely to prioritize some precious time to listen and watch Mike Lindell’s cyber symposium on Aug. 10-12 that’s exposing important details regarding the 2020 election fraud. Although, don’t excuse Trump with the symposium’s Gold Bless America singing, as he has failed to sound the clot-shot alarm bell on the “Trumpcine,” and he knows it (video). Sorry to burst any savior bubbles that may be reading this. Back to the point of this article.

Correct me if I’m wrong, as this is the same VMT plan that the Biden administration said was off the table. In March, Transportation Secretary Pete Buttigieg opined on CNBC that a federal VMT “shows a lot of promise.” He backpedaled a few days later on CNN with “VMT is not part of the conversation about this infrastructure bill… and making sure that’s really clear.”

Biden’s Invest in America Act is described as an “infrastructure bill,” but its impact on your life goes far beyond bridges, railways, and roads. There are a plethora of new rules that will affect manufacturing, research, schools, transportation, water pipes, and much more. That $1.2 trillion bill has 2,702 pages of late-night reading for a week. The $3.5 trillion budget resolution includes an expansion of Medicare, major public housing initiatives, will introduce paid family leave, a multi-year extension of an enhanced child tax credit (CTC), make pre-K education universally free for 3- to 4-year-olds, and community college will be free. That budget will transform how the economy functions for a generation of plebes. Shortly before the 2008 election, Obama said “we are days away from fundamentally transforming” America.

Biden’s ‘Infrastructure’ Bill Includes Massive Slush Funds for Green Energy Boondoggles… “Remember when President Obama signed the American Recovery and Investment Act of 2009?… Two years later, Obama lamented, ‘Shovel-ready was not as shovel-ready as we expected.’ Obama’s so-called infrastructure plan also included a bevy of hand-outs to politically connected ‘green’ energy companies… Unsurprisingly, many of those companies filed for bankruptcy, despite hundreds of millions of dollars from the federal government… As Yogi Berra said, ‘It’s déjà vu all over again’… So, massive government spending is now the magic elixir for any and all economic woes? Didn’t we try that in 2009?… They say the definition of insanity is doing the same thing over and over, expecting a different result. Yet, President Biden, knowing full well how disastrous Obama’s green energy ‘investments’ turned out, is doubling down on even more government ‘investments’ in so-called green energy.” – Red State, Aug. 6

Democrats’ infrastructure bill includes per-mile fee, making driving too costly for many Americans… “If undertaken, the program would make driving considerably more expensive for Americans, a result the Western Journal’s Taylor Penney suggested is ‘intentional,’ and ‘another way to cripple our existing ways of life.’ The pilot program to research charging Americans a per-mile fee to drive their personal vehicles is described in section 13002 of the bill, nestled into pages 508 to 519 of the massive 2,702-page infrastructure package.” – LifeSite, Aug. 6

Pilot plan to charge drivers by the MILE is hidden in Biden’s $1.2 trillion infrastructure bill… “Bill allocates $125 million toward a vehicle miles traveled (VMT) tax pilot program. A 2019 federal report found that adding the tax onto existing gas taxes could increase the prices of household goods for everyday families. A group of private and public transport companies lobbied Congress for a VMT tax in March, in a letter signed by 31 entities including shipping giant UPS.  Pete Buttigieg said a VMT tax wouldn’t be part of the bill in a March interview.” – DailyMail UK, Aug. 10

The Senate passed the infrastructure bill and budget resolution this week, paving the way for more socialist utopia. The House may not pass either proposal for months, as Pelosi has doubled down on not taking up one plan without the other. The House is slated to vote on the budget during the week of Aug. 23, and Democrats will need to bring independents and liberals onboard. They hope that will be enough for Republicans to bend over and push both bills through Congress without a fuss. The budget will be a major sticking point because Yellen has pleaded twice that the U.S. is weeks away from defaulting on its sovereign debt obligations if Capitol Hill does not act ASAP.

Senate Hurtles Toward Showdown Over Raising Debt Ceiling… “Democrats and Republicans in the Senate are heading for a standoff over the federal government’s debt limit that risks throwing financial markets into chaos if both sides refuse to budge.” – Bloomberg, Aug. 5

Forty-six Republican senators declare in letter they won’t vote to raise debt ceiling… “‘We, the undersigned RepublicaHn Senators, are letting Senate Democrats and the American public know that we will not vote to increase the debt ceiling, whether that increase comes through a stand-alone bill, a continuing resolution, or any other vehicle.’ Blame for continued spending will be placed squarely on the shoulders of the Democrats, the letter made clear: ‘This is a problem created by Democrat spending. Democrats will have to accept sole responsibility for facilitating it.’” – JustTheNews, Aug. 11

VMT will be rolled out in a pilot program for several years before any implementation can take place. There are many benefits being sold to the commercial transportation industry in return for their support, such as the elimination of gas taxes at the pump.

Senate’s passage of infrastructure bill is welcomed but challenges remain to get to finish line… “The deal provides about $567 billion new federal money for roads, bridges, rail lines, transit projects, water systems and other physical infrastructure programs. To address the truck driver shortage, the bill creates a pilot apprenticeship program for drivers under 21. As much as $77.9 billion is to address freight system needs. Other key freight-related components of the legislation include…” – Logistics Management, Aug. 11

Senate passes $1.2 TRILLION infrastructure bill — with some controversial trucking provisions… “For members of the trucking industry, the bill contained (and omitted) several provisions that could have a massive impact on trucking in coming years.” – CDL Life, Aug. 10

The pilot program will recruit volunteer drivers from all 50 states, D.C., and Puerto Rico to test mileage tracking options in commercial and passenger vehicles. The bill supposedly requires the Department of Transportation (DOT) to protect the privacy of volunteers and secure the data. I have a bridge to sell you in Brooklyn, as technology infrastructure and databases, especially in government, are regularly hacked and abused in our cyber-pandemic era.

Privacy, tracking, and surveillance issues are a sticking point that trashed other pilot programs in legislative debates, such as Boston, MA. I suspect that many folks are awakening to the motives and surveillance web being weaved with the “The Naked Emperors’ Great Reset” agenda that is being exposed and discussed in public forums and alternative media.

Editorial: Biden brings back road usage tax plan… “The notion of computer chip tracking was just one reason Patrick’s plan hit a speed bump with residents and lawmakers. ‘I thought it was ridiculous,’ then-Sen. Scott Brown, who filed legislation prohibiting the use of such tracking chips in the state, told the Milford Daily News. ‘It’s a violation of privacy rights knowing where we go, how far we go, and when we go places.’ We doubt that in this political climate, as politicians and voters battle over vaccine mandates and mask-wearing, that the idea of government tracking one’s movements will be any more popular.” – Boston Herald, May 11

Biden, Buttigieg take Dems’ anti-car crusade nationwide in infrastructure bill… “And talk about intrusive. The mileage data can be gathered by a sweeping array of methods under the bill, including third-party on-board diagnostic devices; smartphone applications; telemetric data collected by automakers; data collected by insurance companies or fueling stations, and ‘any other method that the secretary considers appropriate.’ We’ll know where you go. And now you’ll have to pay for every mile. Wait, it gets better.” – SiLive, Aug. 8

Ultimately, the globalists on Capitol Hill are playing the VMT tracking card to eliminate gasoline taxes that will not be a forever revenue. As infrastructure and transportation modalities get smarter and utilize alternative energy options, less gasoline will be consumed at the pump and revenues used to maintain a large portion of our highways and roads will dry up. That is probably why South Dakota’s Republican legislators imposed a new tax on electric vehicles this year and why the infrastructure bill wants the pilot program regardless of the fuel source those vehicles may consume.

The Cars: Moving In Stereo