Have you heard that supersonic commercial air travel is making a major comeback following the bygone era of the Concorde? One of my favorite off-hour projects is researching ideas that provide ahead-of-the-herd prospects for traders and investors to consider. Here are a few recent examples:

The original Rolls Royce Olympus turbojets on the Concorde roared the same on landing as others did taking off, and it was an awesome sight to witness while the world believed supersonic flight would become the norm across the globe. Following a Concorde’s infamous crash in 2000 when an engine fire and failure resulted in the death of all 109 souls aboard flight 4950, the resumption of service in 2001 was preceded by the 9/11 terror attacks, which resulted in a marked drop in reservations and financial hardship that contributed to Air France and British Airways retiring the Concorde in 2003. Fifty years after Concorde’s virgin flight in 1969, supersonic aircraft are even more complex and extraordinarily expensive to develop.

One huge issue with supersonic flight that updated technology and revised legislation are attempting to remedy is the generation of sonic booms. They can be so loud and disruptive that Congress banned the Concorde from flying at supersonic speeds across the U.S., but it does allow supersonic aircraft to slow down to subsonic speeds near coastal airports. In an FAA reauthorization bill passed by Congress last year following a three-year lobbying effort by industry players, the FAA must pave the way for a return of supersonic travel across the U.S. and work with international counterparts such as the ICAO to implement global standards. The FAA was asked to “consider the needs of the aerospace industry and other stakeholders when creating policies, regulations, and standards that enable the safe commercial deployment of civil supersonic aircraft technology and the safe and efficient operation of civil supersonic aircraft.”

Since at least 2003, entrepreneurial teams joined the aircraft and aerospace industry in launching affordable, low-noise, supersonic air travel. Advancements in materials and aerodynamics are creating a renaissance in commercial aircraft with big players such as Lockheed Martin, Boeing, and the Virgin Group to succeed in creating a future where flights from New York to California will only take two hours. In 2018, NASA collaborated with Lockheed Martin Skunk Works and unveiled a new Low-Boom Flight Demonstrator (LBFD) prototype named X-59 QueSST, which is 1,000 times quieter than the Concorde and may be ready to test-fly this year.

Just as transcontinental railroads and subsonic aviation transformed the travel industry in the past, the future of supersonic flight will shrink the world by an even greater degree while delivering public and private investment opportunities. The following private companies and their industry partners should hold a spot on your watch list radar.

“Founded in 2003, Aerion is a Nevada-based company pioneering next-generation supersonic aircraft… In Feb. 2019, Boeing announced a significant investment in Aerion to accelerate technology development and aircraft design, and unlock supersonic air travel for new markets… Boeing will provide engineering, manufacturing, flight test resources, and strategic vertical content to bring Aerion’s AS2 (BOOMLESS CRUISE™) business jet to market. The AS2 is designed to fly at speeds up to Mach 1.4 or approximately 1,000 miles per hour… The aircraft is slated for first flight in 2023.”

“Founded in 2014, the Colorado company building a radically faster commercial aircraft, announced that it has closed a $100 million Series B investment round, bringing total funding to over $141 million. Investors, led by Emerson Collective, include Y Combinator Continuity, Caffeinated Capital, and SV Angel as well as founders and early backers of transformative companies like Google, Airbnb, Stripe, and Dropbox. The proceeds of Boom’s Series B round, which include $56 million in new investment as well as previously announced strategic investments, allow the company to advance the development of its Mach-2.2 commercial airliner called Overture… The company has announced pre-orders of its Overture airliner from airlines including Japan Airlines and Virgin Group.”

“Founded in 2011 and based in Boston, MA. Spike Aerospace, Inc. focuses on bringing the world’s first quiet supersonic jet to market – Spike S-512. Spike’s world-class team of senior engineers, executives and advisors have backgrounds from top global aerospace and aviation companies including Aernnova, Boeing, BRPH, Eclipse, Embraer, GE, Greenpoint Technologies, Gulfstream, Honeywell, Icon, Lockheed Martin, MAYA, Quartus, Siemens, and others are providing expertise in aircraft design, engineering, manufacturing and testing… We are actively raising our next round of funding from qualified investors. Spike CEO aims to have its aircraft active by 2023.” 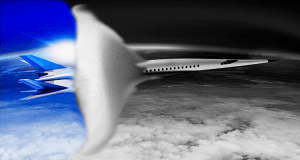