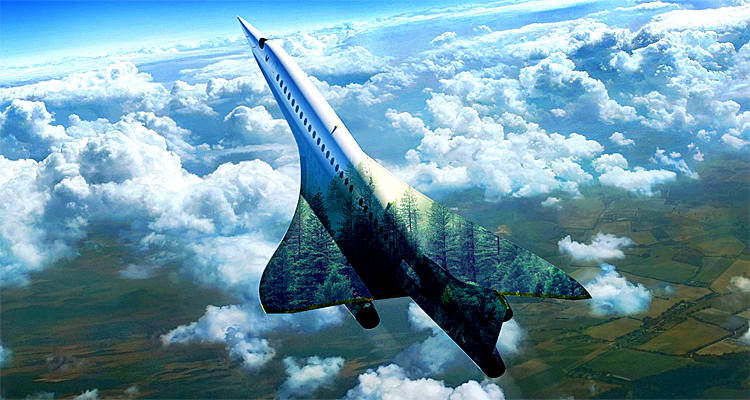 The aviation industry and independent entrepreneurs have dipped their toes into reviving supersonic air travel ever since the Concorde’s rise and fall from grace. In Feb. 2019, I published “A Thunderous Renaissance in Affordable Supersonic Air Travel” to explore a watchlist for potential investment opportunities on the horizon.

“Since at least 2003, entrepreneurial teams joined the aircraft and aerospace industry in launching affordable, low-noise, supersonic air travel. Advancements in materials and aerodynamics are creating a renaissance in commercial aircraft with big players such as…”

Several factors had to be addressed, which include a reduction in the cost of fuel and passenger fares vs. proven subsonic economics, technology to reduce or eliminate sonic boom annoyance over populated regions, and alleviating environmental concerns over emissions in a world that is shifting toward green energy and carbon-neutral alternatives. It appears that each of those concerns is in the process of being resolved.

One factor that was not foreseen is a global coronavirus pandemic that would place large swaths of the commercial airline industry on the brink of bankruptcy with tens of thousands in layoffs, global travel restrictions, a travel industry collapse, and fear of crowded airports and extended time spent within aircraft cabins.

Unexpectedly, supersonic flight may develop into an attractive alternative to subsonic options with a combination of cost reduction and supersonic speed that are ideal selling points for the health and economy-conscious traveler.

Reaction Engines, based in the U.K., is developing Synergetic Air-Breathing Rocket Engines (SABRE) that will allow hypersonic speeds by flying up to five times the speed of sound (Mach 5). The Concorde flew at Mach 2.

Hypersonic flight technology just passed a ‘hugely significant’ milestone… “While some commercial plane makers are racing to bring back supersonic jets, Boeing has gone further than many of its competitors by unveiling a design for a hypersonic aircraft that could potentially travel five times quicker.” – CNBC, Apr. 2019

Hermeus Corporation, based in the U.S. had developed hypersonic engine technology that can fly you from New York to Paris in 90 minutes, and they secured a contract in August with the U.S. Air Force and Presidential and Executive Airlift Directorate (Air Force One).

Boom Supersonic, based in the U.S., is slated to fly its XB-1 supersonic jet demonstrator in 2021. The company has an extensive resume of contributions that span across the aerospace industry, has secured pre-orders for its Overture commercial passenger airliner with the Virgin Group, is in collaboration with Japan Airlines, and test flights of Overture are scheduled to happen by 2025 with product delivery by 2029. Their product incorporates environmentally-friendly materials and alternative energy, and ticket pricing for commercial passengers will be similar to today’s long-haul business class.

Aviation Outsider Builds Supersonic Jet for Transatlantic Flight… “For the first time, an independent company has built a supersonic jet and plotted a reasonable path toward a not-so-distant future full of overseas routes to many of the world’s major cities.” – Bloomberg Quint, Oct. 2020

Aerion Supersonic, based in the U.S. with an equity stake by Boeing, is building its new Affinity supersonic engine in collaboration with General Electric. Aerion is marketing its “boomless cruise” and will use synthetic fuels to reduce carbon output. Aerion plans to deliver its first AS2 business jet by 2027 and has a long-term vision to allow people to travel between any two points on the planet within three hours.

Jet builder Aerion expects to fly silent supersonic planes by 2024, unlocking a $40 billion market… “The company’s work on AS2 is already paying off, as Aerion has a $2.5 billion sales backlog for the jet at $120 million per aircraft. Vice expects that backlog to grow to $3.5 billion by the end of this year… The next few years will be critical for realizing Aerion’s vision. While the AS2 concept is finished, AS2 will then undergo preliminary design review in October, with the first aircraft beginning construction in about three years. Aerion expects to fly AS2 a year after that, aiming to enter it into commercial service by 2026.” – CNBC, Jan. 2020

UBS is predicting that the supersonic jet industry will be worth $340 billion within two decades. It will be divided up, with $85 billion for business jets, $75 billion for commercial aircraft, and $180 billion for operators. Keep your watchlist up to date. 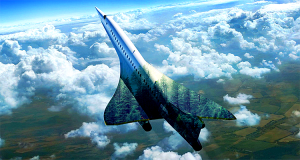