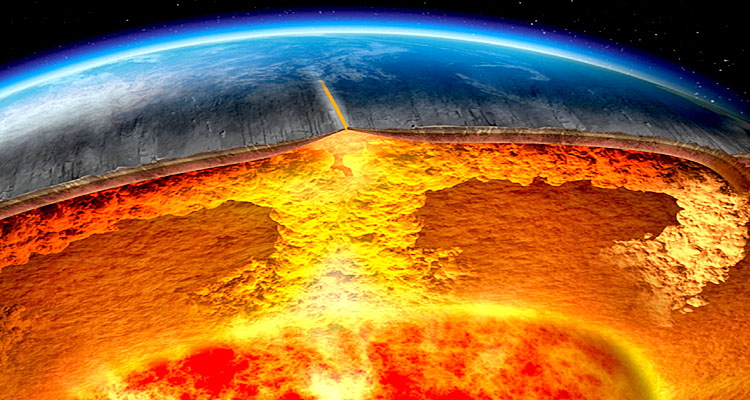 The 2022 midterm elections in the United States are less than a month away. It’s time to face facts, and your vote will determine our financial future and living standard via Capitol Hill and state legislatures. Politicos and PACs are spending ludicrous amounts of debt-based fiat currency to convince constituents that they’re the answer to the current problems that plague our great nation. This election is not about abortion, alternative energy, climate change, crime, geopolitics, inflation, war, Putin, Zelensky, or even Biden alone. The pathway to a solution for all those symptoms is to redirect energy policy away from the National Security State (Deep State) doctrine and return it to the people via energy independence.

I’ve written a number of articles about oil and the energy crisis that’s embedded within the current state of world events and causing economic hardship, which is bringing a Dark Age upon Europe this winter and feeding a frenzy toward global recession. I firmly believe that the West is responsible with its short-sighted energy policies, U.S. domestic and foreign policy, and being dictated by an incompetent political class. Here are two excerpts from before the “Little Green Men” marched onto the current battlefield with NATO, Ukraine, and Russia, then into our living rooms and offices with runaway inflation and hawkish monetary policy via the Federal Reserve:

A Return of the Black Gold Rush… “After closely watching the news flow over the last few weeks and following the passage of the tax reform bill, I suspect that a POTUS plan to roll out true energy independence is at full throttle. There was activity in the oil and gas producing sector prior to the bill’s passage, primarily due to expectations that the bill would include a large tax incentive for all industries to repatriate monies back to the U.S. mainland and aggressively pursue capital investment. Cash is flowing, big rigs are moving back to the mainland in mass, and it’s time to keep your eyes on the sector, savvies. If not the price of oil, focus on the producers as they build out infrastructure.” – TraderStef, Jan. 2018 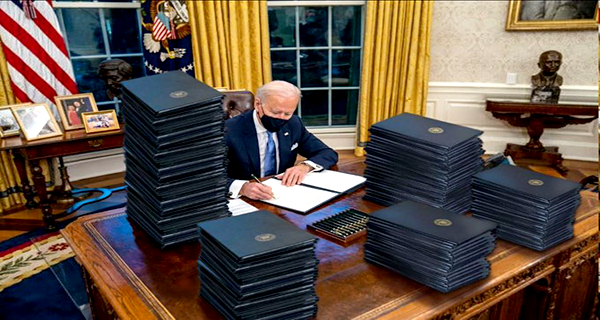 The Inflationary Black Gold Rush at the Gas Pump… “President Biden and his cohorts have rammed through an unprecedented 52 executive orders and actions within the first three weeks of occupying the White House. U.S. ‘energy dominance’ that was brought to fruition with pivotal policies and a reduction in regulation by the Trump administration is going poof as the new dictator and chief strokes his pen. The price of oil and gas at your local petrol pump is already rising and the cost of consumer products across the board will be impacted soon.” – TraderStef, Feb. 2021 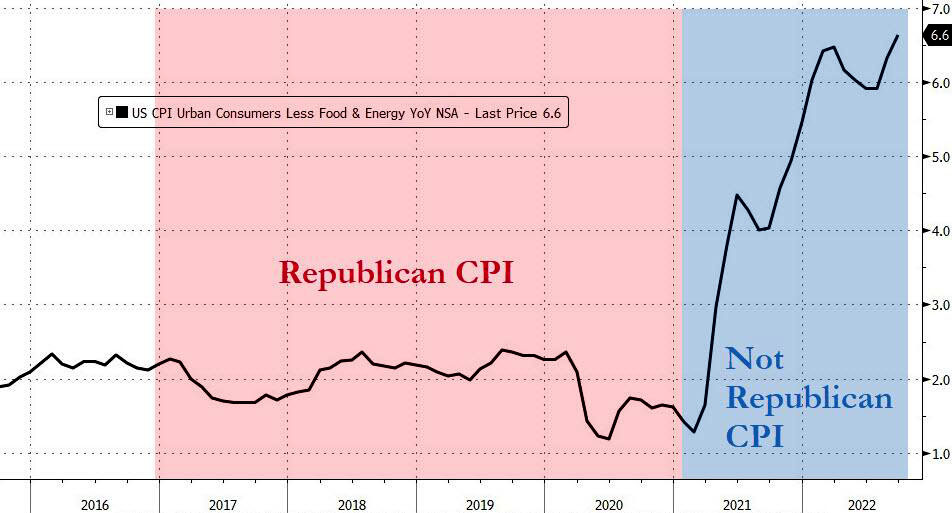 The Biden administration is dedicated to eliminating what is called “fossil fuels” because his elite handlers in the “Liberal World Order” (LWO) are telling him that competent energy policy will destroy our world due to pollutants.

“CNN: What do you say to those families that say, ‘listen, we can’t afford to pay $4.85 a gallon for months, if not years?’ BIDEN ADVISOR BRIAN DEESE: This is about the future of the Liberal World Order and we have to stand firm.” – Breaking911, Jul. 2022

Europe and the U.S. are being served a nasty reminder that the world cannot run on “Green Energy” because they don’t possess it and it will not be green at any time in the future.

“The EV Swindle” is a stark reminder of how foolish those utopian dreams actually are. The LWO is instigating an unnecessary amount of pain and suffering with the confluence of fiscal, geopolitical, and energy policy fallout that never happened in the U.S. before. Biden’s regime is taking orders from a cadre of the power elites that serve an agenda to drive home no matter what it takes and are placing the U.S. last on the list while Biden grovels to the likes of Saudi Arabia, Venezuela, and China.

There is no near-term crisis of hydrocarbon supply in the U.S. or the world, but there is a supply shortage of common sense that would slingshot the U.S. into a much better and more prosperous position. Abiotic petroleum is not just a theory, it’s reality. If you believe that dinosaurs and plants are solely responsible for the incredibly large and regenerative reservoirs of oil and gas that exist deep with the Earth’s crust or that humans are responsible for a climate that’s always changing, I have a bridge to sell you in Brooklyn.

An Oil Field Called Eugene Island… “Production at the oil field, deep in the Gulf of Mexico off the coast of Louisiana, was supposed to have declined years ago. And for a while, it behaved like any normal field: Following its 1973 discovery, Eugene Island 330’s output peaked at about 15,000 barrels a day. By 1989, production had slowed to about 4,000 barrels a day. Then suddenly, some say inexplicably, Eugene Island’s fortunes reversed. The field, operated by Pennz Energy Co., is now producing 13,000 barrels a day, and probable reserves have rocketed to more than 400 million barrels from 60 million. Stranger still, scientists studying the field say the crude coming out of the pipe is of a geological age quite different from the oil that gushed 10 years ago.” – USNews/WSJ, 2011/1999 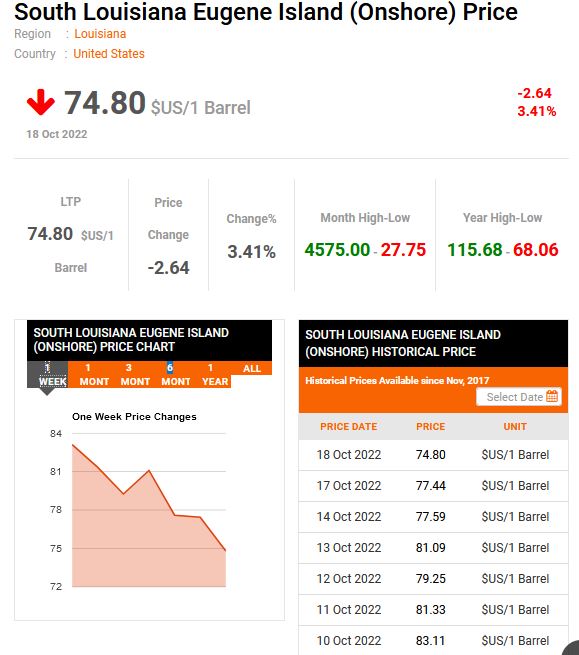 CONSIDERATIONS ABOUT RECENT PREDICTIONS OF IMPENDING SHORTAGES OF PETROLEUM EVALUATED FROM THE PERSPECTIVE OF MODERN PETROLEUM SCIENCE… “ABSTRACT: For almost a century, various predictions have been made that the human race was imminently going to run out of available petroleum. The passing of time has proven all those predictions to have been utterly wrong. It is pointed out here how all such predictions have depended fundamentally upon an archaic hypothesis from the 18th century that petroleum somehow (miraculously) evolved from biological detritus, and was accordingly limited in abundance. That hypothesis has been replaced during the past forty years by the modern Russian-Ukrainian theory of abyssal, abiotic petroleum origins which has established that petroleum is a primordial material erupted from great depth. Therefore, petroleum abundances are limited by little more than the quantities of its constituents as were incorporated into the Earth at the time of its formation; and its availability depends upon technological development and exploration competence.” – Joint Institute of the Physics of the Earth, California State University, 1997 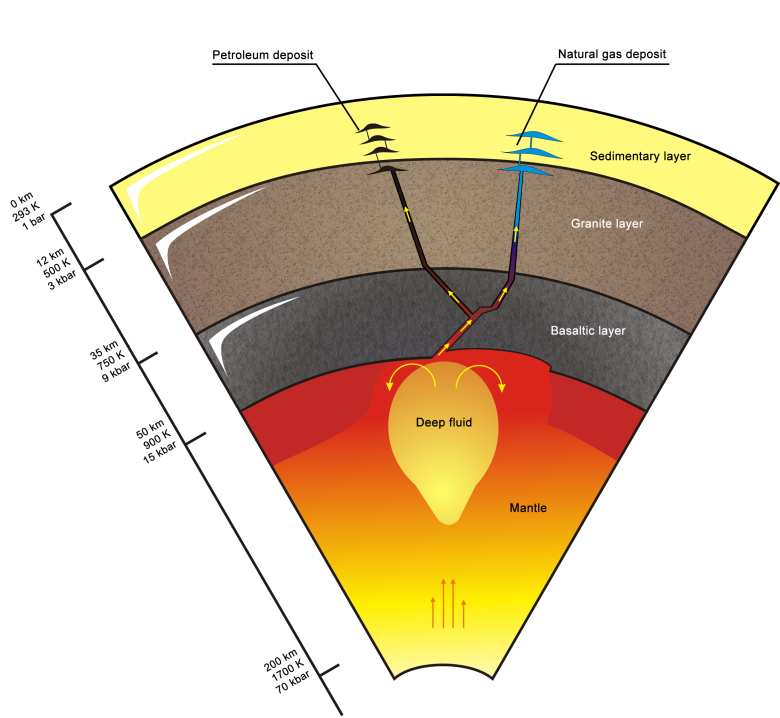 Endless Oil?… “The idea that oil comes from fossils ‘is a myth… We need to change this myth,’ says petroleum engineer Vladimir Kutcherov, at the Royal Institute of Technology in Sweden. ‘All kinds of rocks could have oil and gas deposits.’ – Forbes, 2008

How Planets Are Born, Die, And Why It Matters… “Every human on Earth is told that crude oil is the byproduct of dinosaurs and plant life that died over 200+ million years ago, and has stored its biological matter in the Earth’s crust to be drilled out by oil companies that tell us that we’re soon to run out. The truth might shock you, but this is completely and utterly a lie. Let’s look at the overall composition of crude oil… There are three huge oil reserves largely unannounced to the world public. One is off the coast of northern Alaska, one is off the coast of Brazil, and one is off the coast of Scotland. These three reserves individually comprise mother loads of crude oil larger than all known recorded drilling in the Middle East.” – Learn the Rules that Rule You, 2012

Abiogenic Deep Origin of Hydrocarbons and Oil and Gas Deposits Formation… “The abiogenic deep origin of hydrocarbons recognizes that the petroleum is a primordial material of deep origin. This theory explains that hydrocarbon compounds generate in the asthenosphere of the Earth and migrate through the deep faults into the crust of the Earth. There they form oil and gas deposits in any kind of rock in any kind of the structural position. Thus, the accumulation of oil and gas is considered as a part of the natural process of the Earth’s outgassing, which was in turn responsible for creation of its hydrosphere, atmosphere and biosphere. Until recently the obstacles to accept the theory of the abyssal abiogenic origin of hydrocarbons was the lack of the reliable and reproducible experimental results confirming the possibility of the synthesis of complex hydrocarbon systems under the conditions of the asthenosphere of the Earth.” – Hydrocarbon, Royal Institute of Technology, Sweden, 2013 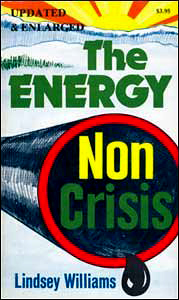 The Energy Non-Crisis… “Lindsey Williams, who has been an ordained Baptist minister for 28 years, went to Alaska in 1971 as a missionary. The Trans-Alaska oil pipeline began its construction phase in 1974, and because of Mr. Williams’ love for his country and concern for the spiritual welfare of the ‘pipe-liners,’ he volunteered to serve as Chaplain on the pipeline, with the subsequent full support of the Alyeska Pipeline Company. Because of the executive status accorded to him as Chaplain, he was given access to the information that is documented in this book.” – Reformation.org

Get out and vote your conscience on November 8 and make a difference. Your wallet is waiting.