What We Can Learn from Acquired Savant Syndrome

With popular science-fiction movies like “Limitless” or “Lucy” entering the mainstream consciousness, more than a few folks have asked: can we unlock our brain’s true potential? According to science, we can. An extremely rare condition called acquired savant syndrome raises interesting ideas about humanity’s real power.

Recently, Inside Edition featured a story about a 42-year-old man who developed remarkable artistic abilities overnight. According to the report:

Scott Mele told Inside Edition that he was in three car accidents within a year which caused a traumatic brain injury. But one night, when he went to bed, he woke up the next morning suddenly “completely estranged” from his life.

He had an overwhelming urge to paint.

“We went to Michaels to get some art supplies and I remember seeing the canvases and I was drawn to it. I had this huge hunger and want to express myself,” he said.

Despite Mele having never picked up a paintbrush before, he seemed to know exactly what to do.

Although the science is undoubtedly fascinating, figuring out a viable theory may take years. Still, we can adopt lessons from this condition in the here and now.

What Acquired Savant Syndrome Can Teach Us

Over the years, I’ve discovered that life as most people view it is a sad state of limitations. For instance, our education system – which more resembles a penal institution – indoctrinated limitations in our minds.

And what about the choices that we have for our lives? From my earliest schooling days – I’m talking fourth or fifth grade – the goal set before me was to go to a good university and get a job. But who set these goals? Usually, the answer is mainstream society, which indoctrinated our parents.

But what if you wanted to do something beyond the walls of limitation? Imagine what life would look like today if someone influential told Steve Jobs to quit daydreaming about his fruit-inspired computer brand and “get back to work?” Or if Al Gore decided this “internet” idea is too crazy?

Put another way, limitations kill. What acquired savant syndrome definitely proves is that we are far more capable than we give ourselves credit.

Perhaps the biggest shocker about Mele is that he doesn’t have a “syndrome” at all. Instead, he already had the innate ability to create extraordinary works of art. The circumstances (i.e., the brain trauma) merely showed him what was possible if he tried. 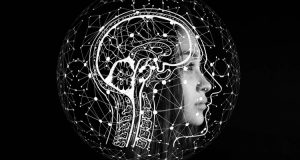