American Jews Push the Liberal Agenda, but Why?

The liberal agenda is an unfortunately tireless and permeating entity whose tentacles have no respect for culture or borders. All are encouraged, and then eventually coerced, to bow to its hegemony. Currently, the pet topic is religious freedom. President Donald Trump has revamped his executive order banning immigrants from a set of predominantly Muslim countries. Proponents of the liberal agenda are having a field day, but key among them are American Jews.

At first, the dynamic appears wholly dichotomous. Rogue terrorist groups often refer to the U.S. as the “Great Satan,” and Israel as the “Little Satan.” And aside from painfully few nations, the Middle East does not have diplomatic relations with Israel. Needless to say, Muslims generally do not have a favorable view of Jewish people. Yet astonishingly, the Jewish leadership stateside is rousing American Jews to promote the cause of religious freedom. 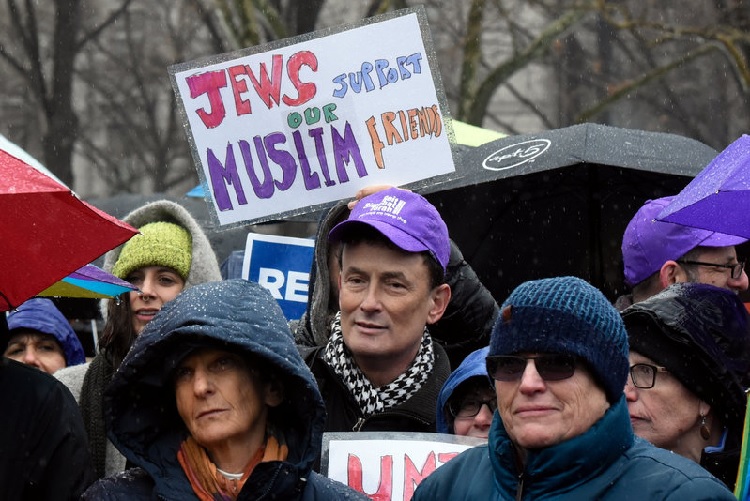 Their argument is that the Torah commands God’s people to care for the stranger, as they were once strangers too. By itself, calls for tolerance and religious freedom are noble, but only so long as the parties involved in the social exchange abide by the principles of respect and rationalism. Unfortunately, several member states of the international community refuse to shutter antiquated and obsolete admonishments for violence and conquest.

American Jews, and anyone of Jewish descent, should be all too aware of the existence of ideologies that call for their extermination. Rather than the Jewish leadership promoting religious freedom, they should instead ask for accountability.

Earlier today, Jordan released terrorist Ahmed Daqamseh, who murdered seven Israeli girls in cold blood in 1997. Worse yet, he remains unrepentant, and was returned home to the chorus of singing and dancing men.

What kind of religious doctrine, one wonders, worships the murder of innocent school girls? Shall this doctrine fall under religious freedom? Will the Jewish leadership rouse fellow American Jews in celebration of a terrorist?

The alternative, of course, is to do what is rational and what is in the best interest of the safety of all Americans. We do not need another Ahmed Daqamseh roaming our streets, looking for innocent children to victimize. We already have our own problems, our own refugees to take care of, before we can think about solving a centuries-long problem.

A problem, by the way, that needs to be solved from within.