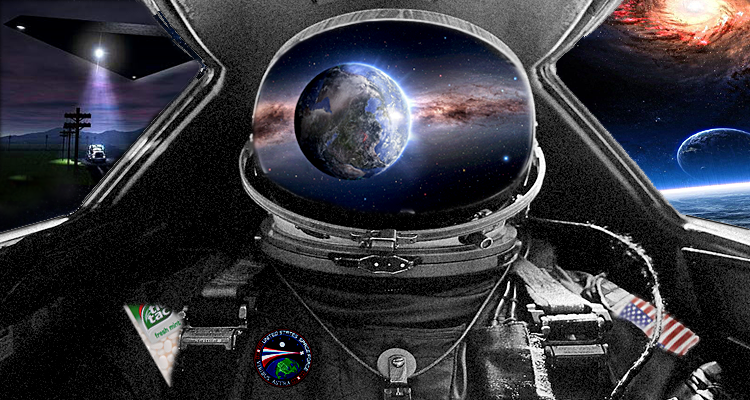 Ben Rich was an engineer and director of Lockheed Martin’s ($LMT) Skunk Works in 1976 when he gave a presentation at the School of Engineering and Applied Science. As reported by several sources in attendance and documentaries that followed, Rich stated the following while answering questions:

“We already have the means to travel among the stars, but these technologies are locked up in black projects, and it would take an act of God to ever get them out to benefit humanity. Anything you can imagine, we already know how to do it… We now have technology to take ET home… How does ESP work? (A questioner responded with ‘all points in time and space are connected?’). That’s how it works!”

Rich is considered the father of stealth technology and was nicknamed “The Invisible Man” at Lockheed. Some of the Skunk Works projects he helped develop are the U-2 spy plane, SR-71 Blackbird, F-22 Raptor, F-104 Starfighter, and the F-117 Nighthawk stealth fighter. The B-2 stealth bomber is not on his list of accomplishments because that project went to Northrop Grumman ($NOC).

Father Of Stealth Ben Rich Found Success In The ‘Hopeless Diamond’… “Rich had some setbacks during his time at the Skunk Works. Lockheed lost out on the B-2 bomber contract to Northrop because he refused to overpromise on price and capabilities. The B-2 would become a casualty of a “death spiral,” where decreased military spending by Washington led to less planes being purchased, leading to a higher cost per plane. The B-2 would eventually go on to cost billions of dollars more than first budgeted, as Congress kept cutting the number of planes ordered. ‘I never lied to a customer or tried to dodge the heat when we screwed up,’ he wrote. ‘I knew how other companies operated, and I was convinced that our reputation for integrity would gain more business than we would ever lose by turning away questionable ventures. And I was right.’” – IBD, Jun. 2018

The existence of top-secret aircraft and aerospace technology is rarely revealed to the public during research and development phases, and decades can pass before a sneak-peek is leaked into the public domain. The amount of media attention the Tic Tac UFO event has brought into the public domain for discussion is highly unusual and raises many questions. The New York Times broke the story in Dec. 2017.

2 Navy Airmen and an Object That ‘Accelerated Like Nothing I’ve Ever Seen’… “Commander Fravor looked down to the sea. It was calm that day, but the waves were breaking over something that was just below the surface. Whatever it was, it was big enough to cause the sea to churn. Hovering 50 feet above the churn was an aircraft of some kind — whitish — that was around 40 feet long and oval in shape.” – NYT, Dec. 2017 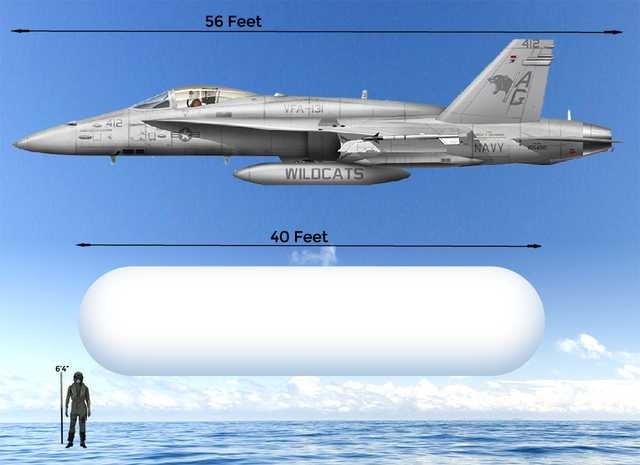 Glowing Auras and ‘Black Money’: The Pentagon’s Mysterious U.F.O. Program… “Officials with the program have also studied videos of encounters between unknown objects and American military aircraft — including one video released in August of a whitish oval object, about the size of a commercial plane, chased by two Navy F/A-18F fighter jets from the aircraft carrier Nimitz off the coast of San Diego in 2004… While not addressing the merits of the program, Sara Seager, an astrophysicist at M.I.T., cautioned that not knowing the origin of an object does not mean that it is from another planet or galaxy.” – NYT, Dec. 2017

If you would like to see more about the Tic Tac event from the military personnel involved, the latest information is available on YouTube in a short film named “The Nimitz Encounters,” published in Aug. 2019.

The Dec. 2017 public disclosure of the Tic Tac event occurred after the Sep. 2017 report of at least $21 trillion in unauthorized spending by the U.S. Department of Defense and HUD. A Michigan State University economist working with graduate students and a former government official confirmed the $21 trillion black hole while conducting an independent audit. Catherine Austin Fitts adds color to the missing taxpayer money as a former government insider and publisher of the Solari Report. Fitts has indentified and researched the misallocation of government funds since the 1990s and has a webpage that documents the recent missing money story. It is likely that a large portion of those taxpayer dollars disappear into black budgets and a secret space program. She presented her research on the space-based economy in Jul. 2016.

Black Projects or Deep Black Programs are top-secret, highly compartmentalized, and covert, known as unacknowledged Special Access Programs (uSAPs). Even individuals with the necessary security clearances only have access to uSAPs on a “need to know” basis. Furthermore, uSAPs are hidden from public oversight or accounting and the U.S. Congress and POTUS do not have access.

In Jul. 2018, the POTUS signed a directive for the creation of the U.S. Space Force, and in Aug. 2019, the Space Command was established.

Lockheed Martin Physicist Says US Government ‘Has Something to Do with the Tic Tac UFO’ …“The now-infamous Tic Tac UFO incidents have shaken the ufological world like few other accounts have, and the ensuing media frenzy seems to have even prompted the Navy itself to revise its protocols… Raez says that after all the reported circumstances are taken into account, there’s only one likely answer: the Tic Tac UFOs are American.” – Mysterious Universe, Jun. 2019

When the POTUS was questioned about UFOs by George Stephanopolous in Jun. 2019, his responses were cryptic, and then again with Tucker Carlson in Jul. 2019. His lack of candor comes across to me as being atypical for him.

Two days ago, one of the pilots from the Tic Tac event claimed that logs and some footage have mysteriously disappeared.

Consider the chronology of events laid out above and take note of twelve aerospace platforms that are using anti-gravity technology in some form:

I will close shop tonight with the following humble opinions: 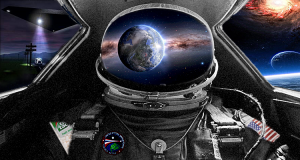