Autonomous AI Has Infiltrated the Military and Humanity 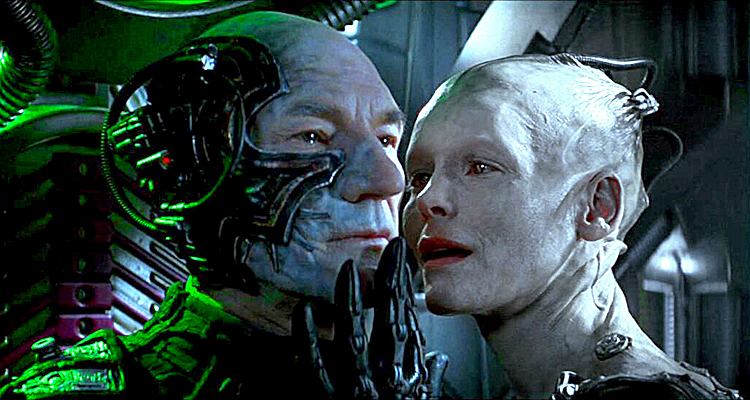 Have you noticed the resemblance between the Borg Queen of Star Trek and Sophia from Hanson Robotics? Are you aware that Sophia is the first humanoid robot with Artificial Intelligence (AI) that was granted citizenship to a sovereign nation? Did you know that Sophia’s AI platform was recently upgraded to “Embodied Cognition” in collaboration with the International Iberian Nanotechnology Laboratory (INL) and SingularityNet’s decentralized AI network?

In other words, there is now an AI family with Internet access to innumerable clouds that consist of hundreds of millions of computers at their digital fingertips to machine-learn and deep-learn human existence, along with vision-capable bipedal cousins that make significant contributions by exploring our three-dimensional plane. Think that through for a moment. The amount of collaboration and knowledge an AI family platform can execute and ingest while you paused to think about it had already consumed every medical document or other subject data before the first thought rolled off your human lips in response.

The majority of folks assume they have a grasp on what AI is, how far it has advanced, and to their detriment are usually oblivious to contemporary issues that appear to threaten their subjective bubble of existence. In 2018, I researched and penned the script for a mini-documentary after compiling a plethora of information that can be found within my series of articles on AI.  Due to the pandemic and biotech that made itself known, the progress taking place behind the scenes leaves me nearly speechless, but not silent.

Welcome to the club if humility finds you behind the AI curve and you are willing to go down a militarized rabbit hole filled with globalist agendas. A combination of my 2018 mini-documentary on AI and a recent interview with child prodigy David Adair will likely connect a few disconcerting dots for the astute reader and viewer. Expect a whole new can of worms that may open your eyes to AI’s infiltration into society, a quantum quandary, the lack of informed consent with experimental mRNA inoculations, nanowire-enabled bioelectronics, digital immunity ecosystems via nanobots, magnetofection (video), and the Great Reset’s transhumanism agenda in the Fourth Industrial Revolution. It will be time-consuming to digest this information in full, but it is time well spent to augment your understanding of the benevolence and malevolence we currently face. 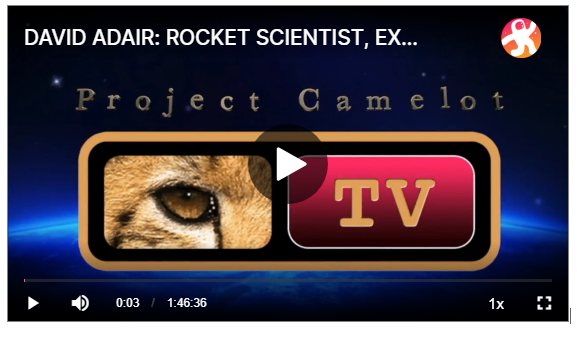 Greatest Job Disruptor in History Now – Mini-Documentary by TraderStef and CrushTheStreet, May 2018

“Slaughterbots are autonomous weapons that select and fire on human targets.”

If you got this far by reading and watching all of the above information, the following events may sound like small potatoes until you realize they are but carrots of propaganda for consumption by adversaries in the PSYWAR battlespace.

Exclusive: AI Just Controlled a Military Plane for the First Time Ever… “On December 15, the United States Air Force successfully flew an AI copilot on a U-2 spy plane in California, marking the first time AI has controlled a U.S. military system. In this Popular Mechanics exclusive, Dr. Will Roper, the Assistant Secretary of the Air Force for Acquisition, Technology and Logistics, reveals how he and his team made history.” – Popular Mechanics, Dec. 2020

ABMS Moves to a New Phase… “The ABMS is the Department of the Air Force’s contribution to Joint All Domain Command and Control, or CJADC2, a DoD effort to digitally connect all elements of the U.S. military – from sensors to shooters – across all five warfighting domains: air, land, sea, space and cyberspace… The requirements, technology and integration efforts in development under ABMS will enable this concept by simultaneously sensing, making sense of and acting upon a vast array of data and information from each of these domains, fusing and analyzing the data with the help of machine learning and artificial intelligence and providing warfighters with preferred options at speeds not seen before.” – U.S. Air Force, May 2021

The Depart of Defense (DoD) created a Joint Artificial Intelligence Center (JAIC) to support the transformation of U.S. joint warfighting and departmental processes through the integration of AI from the bottom up by innovators throughout the DoD. As per General Michael S. Groen during a press briefing last year:

“AI is not IT, it is assessment and analysis of war fighting decision making, aka Decision Engineering… Integration into war fighting constructs, service enterprises, support enterprises to get traction. At a tactical level we want:

The AI battlespace is not exclusive to the U.S. military. The technology is being developed and deployed by adversaries and allies alike. Here are a couple of examples:

Israel’s operation against Hamas was the world’s first AI war… “Having relied heavily on machine learning, the Israeli military is calling Operation Guardian of the Walls the first artificial-intelligence war. ‘For the first time, artificial intelligence was a key component and power multiplier in fighting the enemy,’ an IDF Intelligence Corps senior officer said. ‘This is a first-of-its-kind campaign for the IDF. We implemented new methods of operation and used technological developments that were a force multiplier for the entire IDF.’” – Jerusalem Post, May 2021

China in Focus: Beijing Firms Are Collecting American DNA… “The Chinese Communist Party is allegedly collecting DNA around the world through a state-linked company offering COVID-19 testing assistance to other countries—granting it access to people’s biometric data… The company has been working with the Chinese military, as Beijing looks to weaponize artificial intelligence and gene-editing. And it’s not just for domestic control, but also to further its global ambitions. John Ratcliffe, sixth Director of National Intelligence, said on Fox Business last December, ‘The People’s Republic of China has two million strong in its military and it’s trying to make them stronger through… gene editing.’” – Epoch Times, May 2021

I’ll end tonight’s tip toe through a thorn bush with a few thoughts to ponder. Given the deluge of unclassified data I’ve gathered thus far, it is irrational to believe the following report is the first or last time an AI slaughterbot executed a mission.

A rogue killer drone ‘hunted down’ a human target without being instructed to… “In the March 2020 incident, a Kargu-2 quadcopter autonomously attacked a person during a conflict between Libyan government forces and a breakaway military faction, led by the Libyan National Army’s Khalifa Haftar. The Turkish-built Kargu-2, a deadly attack drone designed for asymmetric warfare and anti-terrorist operations, targeted one of Haftar’s soldiers while he tried to retreat. The drone, which can be directed to detonate on impact, was operating in a ‘highly effective’ autonomous mode that required no human controller.’” – Business Insider, May 2021

Last year, Harvard’s Chemistry Chair was arrested by the FBI in his Harvard office for collaborating with China on nanotech and lying about it. Charles Lieber was also being paid a salary by the Chinese Communist Party to establish a research lab at the Wuhan University of Technology, which has ties to the People’s Liberation Army. Lieber was cited as recently as this month in a journal review on nanowire-enabled bioelectronics by NanoToday. I suggest that you become familiar with “China’s Grand Theft.”

Even if you refused the jab this year, it’s likely that your body is compromised by some form of nanotech. Have you had a good look into Sophia’s eyes?