A record number of investors have jumped on board bitcoin and the cryptocurrency markets, primarily and largely only for the reason of massive profitability potential. Far from being overbought, bitcoin went from sub-$1,000 in December of last year to nearly $3,000 before settling in the current range of around $2,500.

Simply put, no traditional investment moves like that — not Amazon, or Apple, or once high-flying Tesla. Bitcoin, the previously mocked and maligned cryptocurrency, has done what is extremely difficult for any alternative financial vehicle to do — change the hearts and minds of public retail investors.

While the profits are clearly undeniable, the real motivation for bitcoin and cryptocurrency investments is the paradigm shift.

Since its inception, Wall Street has operated what is known as the “zero-sum game.” This is a system where no “true” winners exist without losers. In order to profit, someone else must lose. Precious metals expert Mike Maloney explains it the best — wealth is not created, merely transferred. 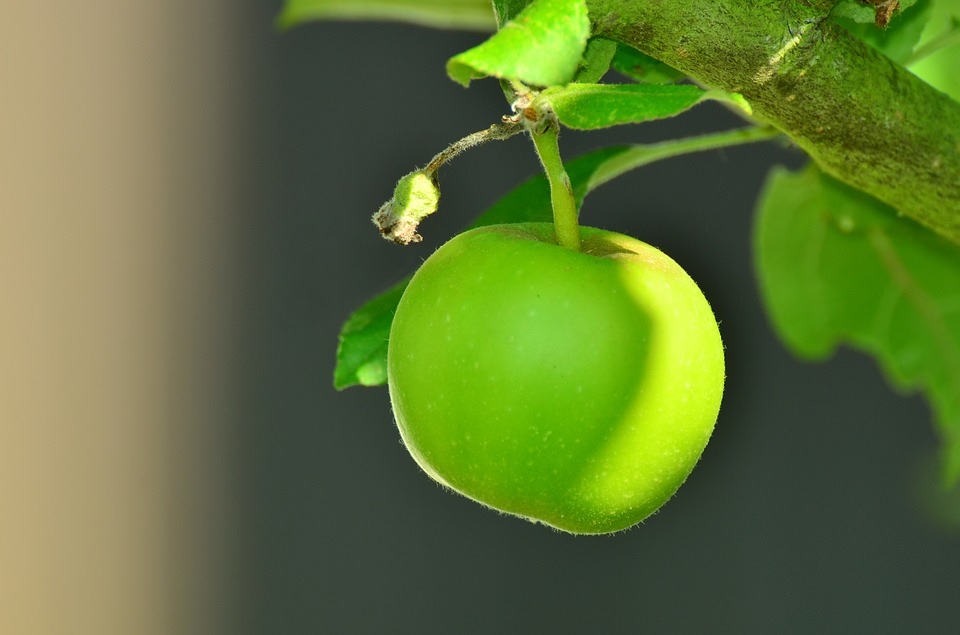 The zero-sum game is actually borrowed from Newtonian physics. Barring the friction effect, the sum of the change of energy states equal zero. For example, if an apple falls from a tree, energy is transferred from a state of potential energy to kinetic energy, but the sum of the energy transfers is always zero (again, barring friction).

A similar, though not entirely perfect, correlation is the financial markets. If a buyer makes a profit on XYZ stock, it necessarily means that the seller absorbed a loss on the same company (I’m excluding exotic financial markets like options trading). In the end, if we define our system to include both bulls and bears, no one really profits — it’s just that money, as Maloney points out, is transferred from one party to another.

The critical reason why “bankers fear bitcoin,” to borrow an aphorism from the cryptocurrency community, is that the blockchain doesn’t operate via the zero-sum game. True, winners and losers will still exist in blockchain markets. But the broader point is that competition is encouraged and welcomed because it leads to ever-greater profitability.

When bitcoin was first launched, the term cryptocurrency and bitcoin were synonymous. Even with the later introduction of litecoin and other competitors, bitcoin defined the blockchain revolution. Thus, early investors poured their capital towards the first-to-market innovation, as would be expected for any other similar asset.

Today, bitcoin can no longer claim exclusivity. Over a hundred significant cryptos are presently traded, and many more will pop up. And before ethereum’s sharp correction, the number-two cryptocurrency’s market capitalization was inside 30% of bitcoin’s haul. 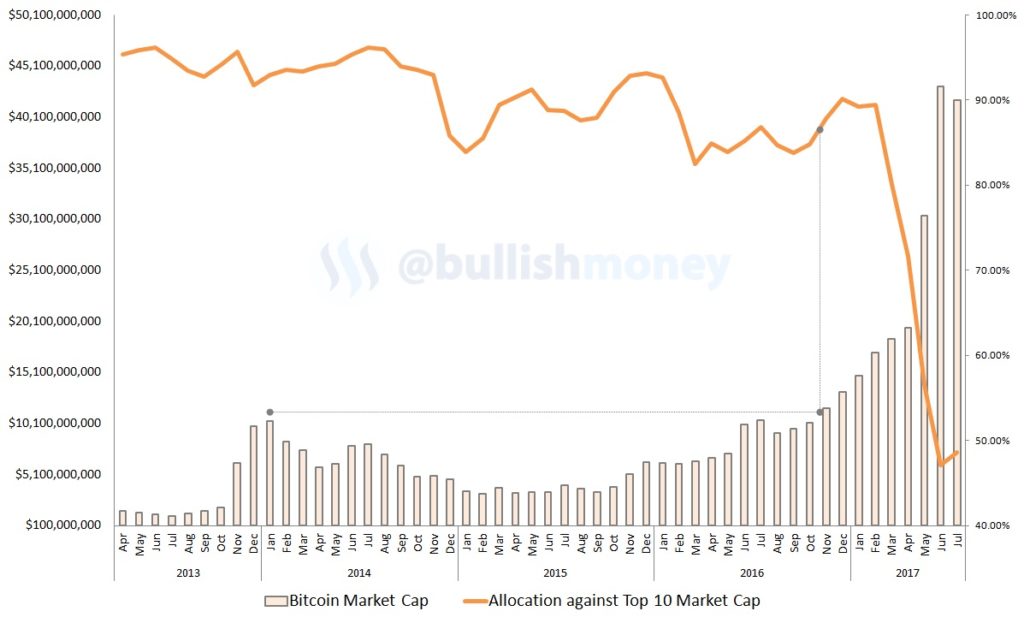 Yet it was at this very moment when competitors were the most fierce and populous that bitcoin enjoyed its greatest ever price point and market value! Imagine if Apple, in a matter of weeks, lost more than half its market presence for its smart devices — would investors continue to pay a premium for its equity?

Bankers SHOULD be Afraid!

Rather than an outright mercenary approach to investing, bitcoin and the blockchain is adopting “cooperative competition.” This is competition designed to encourage others to build upon prior innovations, not to cut them down as a means to increase self-centered market share.

In fact, thanks to the cryptocurrency community opening the door to other possibilities, bitcoin’s own potential jumped exponentially. As a direct result of increased options, bitcoin was able to offer its own unique alternative — choose quality or choose quantity (low price).

You know what? Investors by the millions flocked to quality. That just doesn’t happen in normal human behavior. We always look at price before we look at value. Such tendencies were manipulated by the Wall Street albatross. No longer.

Bankers should be afraid of bitcoin and what the blockchain represents. It’s not just about profitability — with exotic investments, you can also duplicate the success of the cryptocurrency markets.

The point is that we no longer have to kill each other to get ahead. People can cooperate and gain massive profitability. It comes down to the focus on value, which the blockchain revolution realized.