With Bitcoin prices again suffering nearer-term weakness, the mainstream media is again spreading FUD, or fear, uncertainty, and doubt. Most cryptocurrency proponents remain unperturbed by the volatility, as has been the case from day one. Fundamentally, they have every right to be confident as there’s really only one practical way to cripple the Bitcoin blockchain.

That vulnerability is technically known as the “51 percent attack.” Like the name suggests, Bitcoin prices are unlikely to suffer a catastrophe so long as its vast mining pools are never dominated by a single majority group or entity. In other words, bitcoin and all cryptocurrencies trade freely because no one entity can fundamentally alter the supply-demand dynamic at will.

According to blockchain services company Prypto, the chances of a 51 percent attack occurring are minimal. If it does happen, though, the entire Bitcoin architecture could quickly crumble, which would of course take down Bitcoin prices. Prypto states:

“The 51 percent attack is very unlikely to ever take place in the world of bitcoin, though it is not impossible. Once an attacker gained hold of 51 percent (or more) of the bitcoin network’s computing power, he could exclude and modify the ordering of transactions for as long as he was in control of the entire bitcoin blockchain.”

In my view, such an attack would cause a sharply negative ripple effect upon all cryptocurrencies. When trust is gone, and the practical execution of decentralization vanishes, the broader blockchain industry might receive a fatal blow. Prypto further writes:

“A 51 percent attack could have some dire consequences for the entire bitcoin network as a whole. For example, the person, group or entity in charge of 51 percent of the bitcoin network would have the power to reverse transactions being sent while they were in control. Double-spending transactions – the ability to spend the same amount of bitcoin twice – would become a real issue at that time, and it would be impossible to tell which transfer was legit and which wasn’t.” 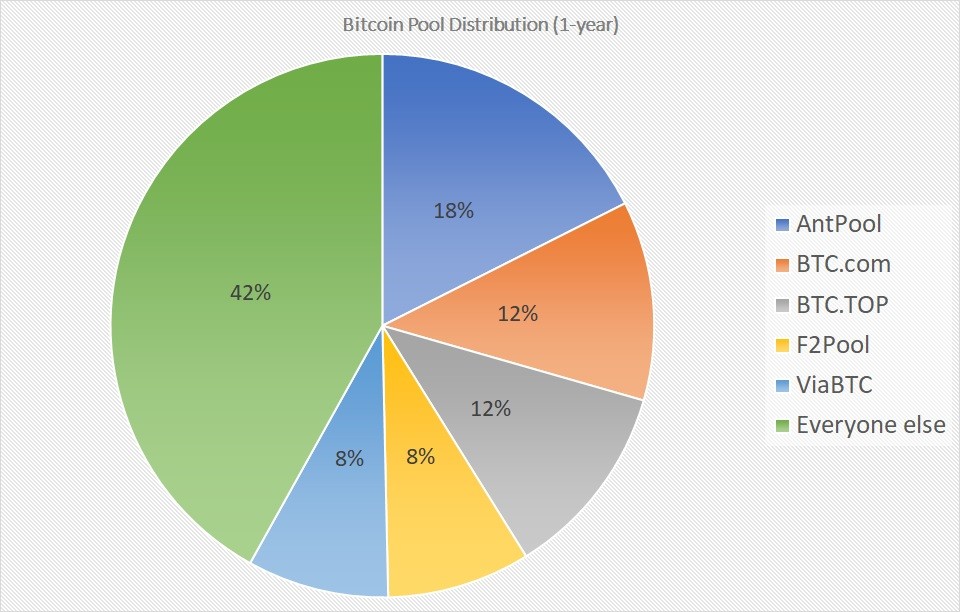 Currently, we are not in legitimate fear of a 51 percent attack. Over the past year, AntPool owned the largest share of the Bitcoin pool at 17.57%. Combined, the top five pools own 58.09%, and all other pools own 41.91%. For the 51 percent attack to occur, AntPool would have to take over pools two through four, and then snag one of the lower-ranking pools.

Like Prypto stated, it could happen, but it’s very unlikely. Before that metric is achieved, presumably, large contingents of bitcoin power players would enter the fray to prevent the 51 percent attack. This dynamism is exactly what makes bitcoin trading truly free.

But what would occur if such freedoms were not in place? Believe it or not, one of the most important commodities in the world lives under the 51 percent attack. This will be the subject of my next article for Crush The Street…stay tuned!