Bitcoin and the blockchain has for the most part catalyzed tremendous changes in the financial and business world. The most exciting part is that we are only scratching the surface of what is possible. However, not everyone is enthused about cryptocurrencies and their growing role in the mainstream investment markets.

Have you noticed a theme among the Bitcoin haters? Invariably, a majority of the critics are fat, old white guys screaming into the wind about how cryptocurrencies are the modern-day equivalent of tulip mania. Previously, I used to think that their animus was a result of them missing the boat the first time around, and then continuing to miss the boat while Bitcoin soared to unimaginable levels.

That’s still a part of the equation, I’m sure. But the other reason is that Bitcoin screws the old white guy out of his precious retirement planning. You see, the Baby Boomers were the first generation to buy into the lies about lifelong retirement funded by corporate pensions. When that model became unsustainable, they embraced the 401k plan.

But for this retirement planning scheme to work, participation is necessary. The 401k is like any other capital investment: if the markets move against you, you don’t make any money. It’s not a magic money pot that guarantees the gray hairs millions of dollars.

Unfortunately for the baby boomers, their generation did not acquire a proper financial education. They relied too heavily on government lies and propaganda. Many, though, are blissfully ignorant of this fact, and continue to believe that the 401k and other retirement planning instruments will bail them out. That was true until the blockchain changed everything. 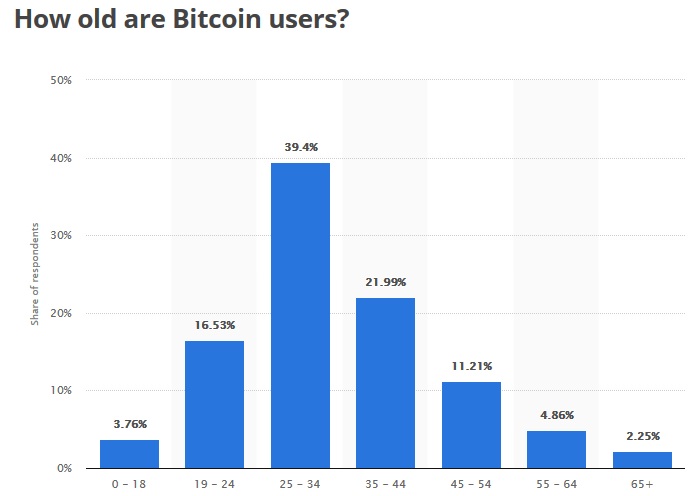 That’s a huge problem for the Baby Boomer in terms of retirement planning. Without the younger demographics propping up the markets and the fiat economy, the typical Baby Boomer — the fat, old white guy — loses out.

But as cold as it may sound, I don’t feel much sympathy for the older demo as a whole. Many of them mockingly stated that they’ll suck up social security, leaving nothing for future generations. But with Bitcoin and other cryptocurrencies, we have some level of poetic justice.

The entire premise of the old screwing the young was based on the assumption that the young would follow the old into the hegemonic financial system. But with the blockchain providing an alternative path, that assumption is no longer valid.