A few months ago, it was disclosed that Morgan Creek was getting serious about the blockchain space.  Mark Yusko, CIO of Morgan Creek, let it be known that parent company Morgan Creek Digital would launch a Digital Asset Index Fund.  A minimum investment of $50k would get you invested into the fund.  Morgan Creek seems to be a pioneer when it comes to institutional money coming into the new crypto world.  Being one of the first to break an industry standard shows vision and belief.  Morgan Creek is putting its money where its mouth is.

Early in the year, it was also revealed that David Swensen, CIO of the Yale endowment, made an allocation to Andreessen Horowitz’s crypto fund.  Swensen invested $300 million into the fund, and as of now, the returns are probably moot.  Swensen took the Yale endowment from $1 billion in 1985 to $22 billion today.  Mark ran the endowment at the University of North Carolina, so he is clearly paying attention.  A few weeks ago, it was disclosed that $40 million was secured from two Fairfax, Virginia pension funds.  The Fairfax County’s Employees Retirement System and the Police Officer’s Retirement System took the plunge.  These funds manage $5.33 billion and are the largest pensions to jump into in.  Morgan Creek has also secured a hospital, university endowment, insurance company, and a private foundation.  Some of the smartest minds are in blockchain and are continuing to believe in the maturation of the infrastructure. 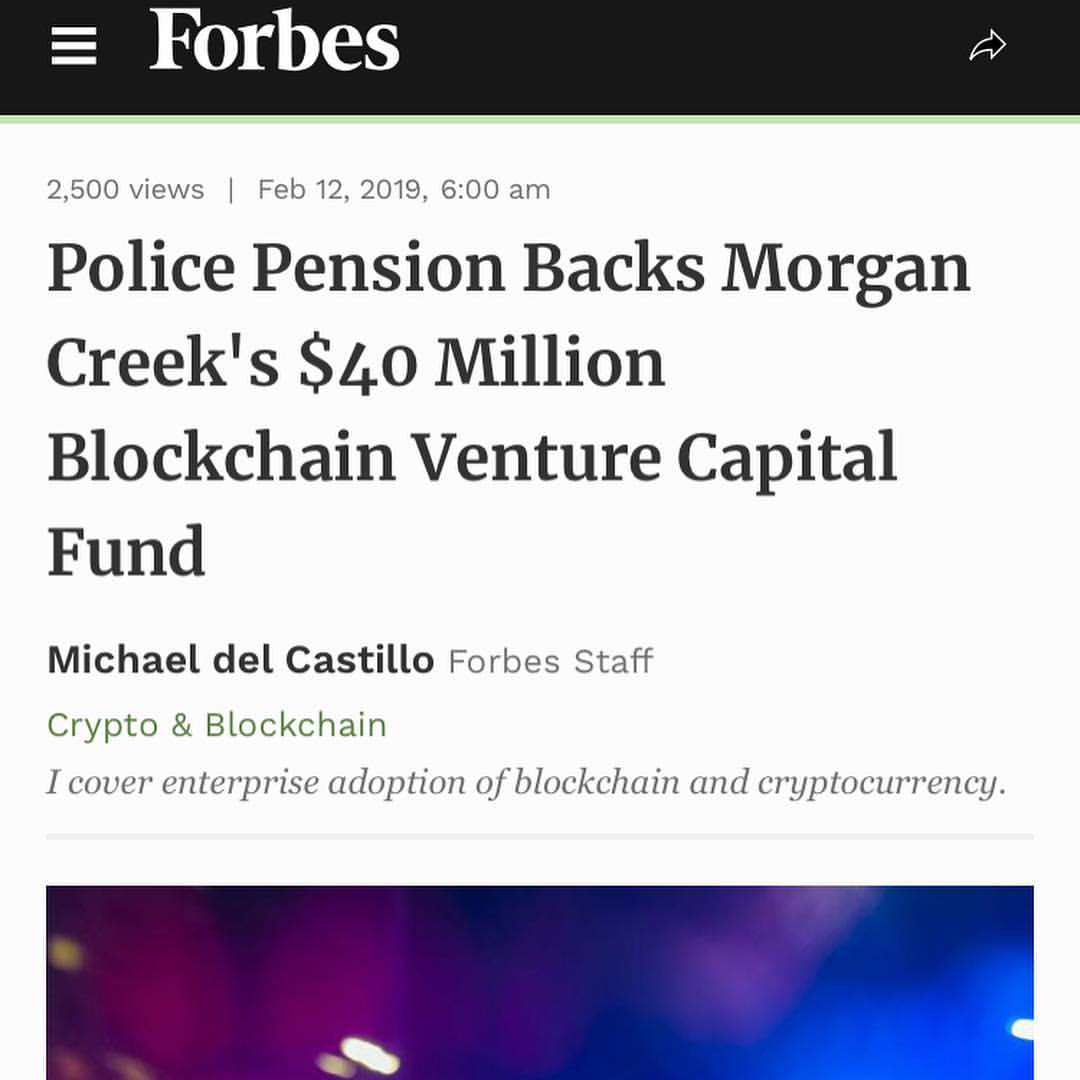 “If anything, they are as encouraged now as they were when prices were higher.” Institutional investors are not going away, and Jack Dorsey of Twitter recently announced that he is buying $10,000 of Bitcoin per week.  Dorsey is putting his money where his mouth is as both a personal investor and public investor.  Square, a large payment processor developed by Jack and associates, made an interesting announcement on March 20th.  On Twitter, Jack announced that Square would be hiring 3-4 crypto engineers and 1 designer to work on the crypto ecosystem.  These employees would also be paid in Bitcoin.  The developments seem to be increasing in this space, and the next bull run should help adoption. 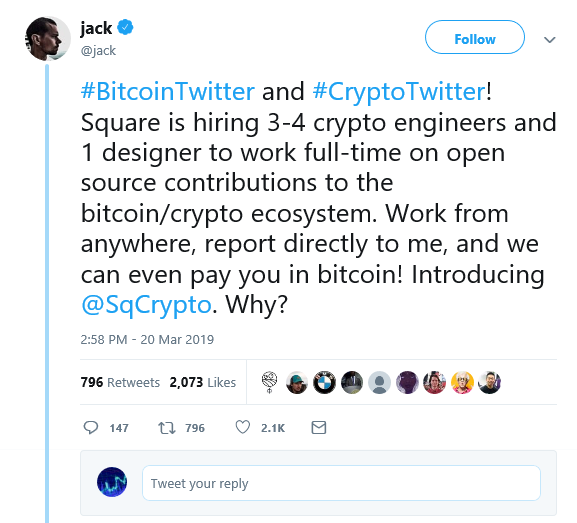