How much of your body is water (H2O)? The percentage varies depending upon age and gender. Did you know that a person survives only three to five days without water on average, and at most a week? Think about that. 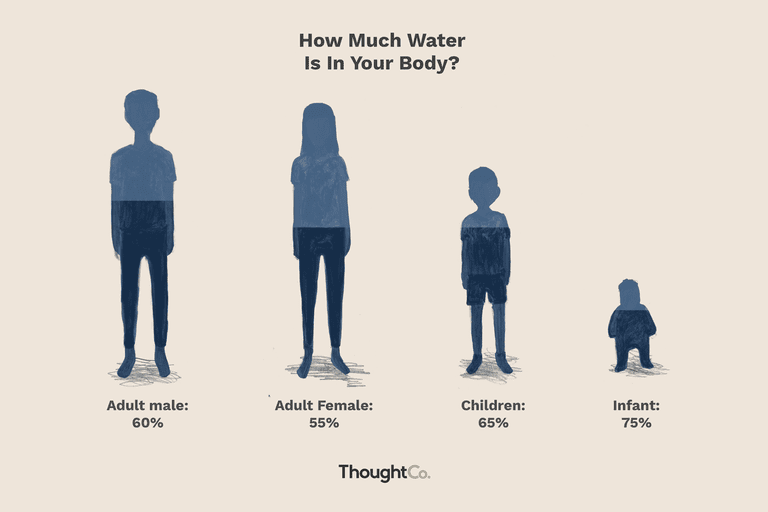 About 71% of the Earth’s surface is water-covered, and the oceans hold roughly 97% of all Earth’s water. Water also exists in the air as water vapor, in rivers and lakes, in icecaps and glaciers, in the ground as soil moisture, and in aquifers. Here is a visual of how much fresh water exists on the planet, which is not salty, but also not necessarily clean enough to drink. 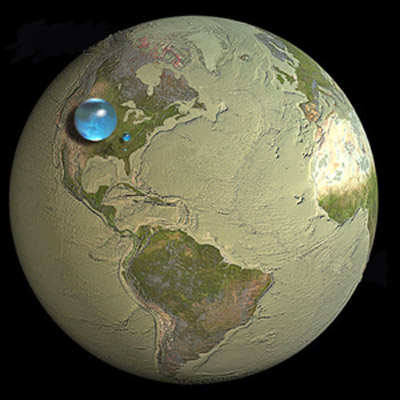 We have taken water for granted. I had no idea where the faucet water came from at home until the local water company began tearing up sidewalks to install water meters in the city of my childhood. It was another household bill that was the talk of the town, adding to an already increasing pile of monthly bills and inflation. That was in the 1970s. Folks were dumbfounded that we were about to be charged for drinking water. That was supposed to be a God-given right and a convenience in the big city that was covered by high taxes. We also joked that the government would soon charge us for the air we use and breathe. The first time I had to pay for an air pump at the local gas station, I knew that the authorities would soon attempt to convince us that we had to pay for the air we breathe. Enter stage left: global warming fraud and carbon taxes.

Then the bottled water phenomenon hit the deli and grocery store shelves. Officially, about 50% of the world’s bottled water comes from municipal tap water systems, which is purified a second time through bottling plant filtration systems. Major bottled water companies get about 50% from natural springs. Recent headlines tell a different story.

Here’s Why Bottled Water Is One of The Biggest Scams of The Century… “For the vast majority of Americans, a glass from the tap and a glass from the bottle are virtually identical as far as their health and nutritional quality are concerned. In some cases, publicly-sourced tap may actually be safer since it is usually tested more frequently.” – Science Alert, May 2017

‘Not one drop’ of Poland Spring bottled water is from a spring, lawsuit says – LA Times, Aug. 2017

I do not recall the cost of tap water back in the ‘70s, as it was not my responsibility to pay for it. As decades have passed, it is clear that water is not getting cheaper. In my experience, local public water costs approximately $60 for 10k gallons, delivery included, which comes to about $0.05 per gallon. The cost obviously varies greatly depending on your specific location.

Despite what the authorities say about our tap water being safe due to regular testing, I beg to differ when headlines like Flint, Michigan come across the ticker. The last time I had straight tap water, it was likely at a local restaurant, and it’s been that way for me for at least twenty years. Everyone I know filters their water after it leaves the faucet or purchases some type of bottled water. Uh, but the bottled water is a problem, too. Instinctively, we already knew this.

With the price of oil spiking back to $80 per barrel last week, it got me thinking. Oil is cheap compared to water. The water cost I am referring to is bottled and/or filtered water at home. Let us do some math. 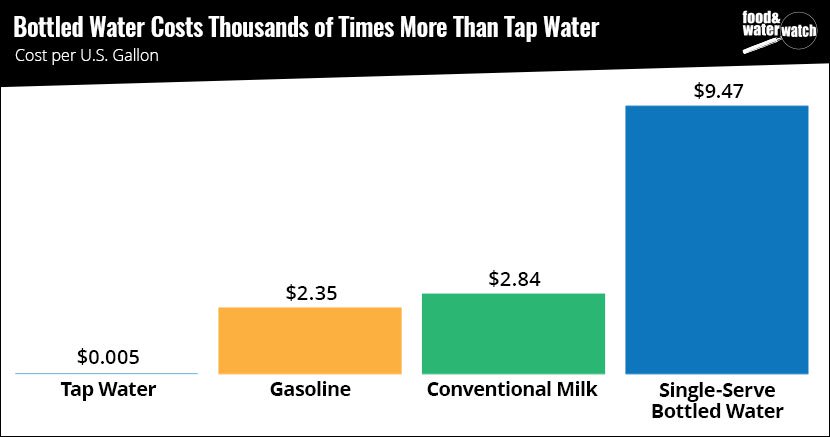 One-sixth of the world’s population lacks access to clean drinking water, and one-third will face severe or chronic shortages by the year 2025. Protecting access to and the quality of water supplies will become more challenging in the coming years. According to the World Water Council, “the 20th century saw a tripling of the world’s population while freshwater use grew by a factor of six.”

The global population is expected to increase by up to 50% over the next fifty years. The increasing demand for a shrinking resource will have serious consequences. Access to fresh drinking water will likely cause more conflicts between governments and within national borders all over the globe because the demand for water is doubling every 21 years.

According to USAID, the world’s “water crisis” is not as much about scarcity as it is poor management and lack of equitable distribution. The hardest-hit regions right now are countries in the Middle East, North Africa, and sub-Saharan Africa. Water-related problems are also here in North America, with pollution of fresh water supplies that is beyond nature’s ability to restore the flow, most notably in the west, where metropolises are sprouting amongst the deserts and water is taken from other regions of the country. I realized I have not scraped the surface of the web of causes.

How do we fix this mess? I have no idea, but in the meantime, I am beginning to do my due diligence on water investment. 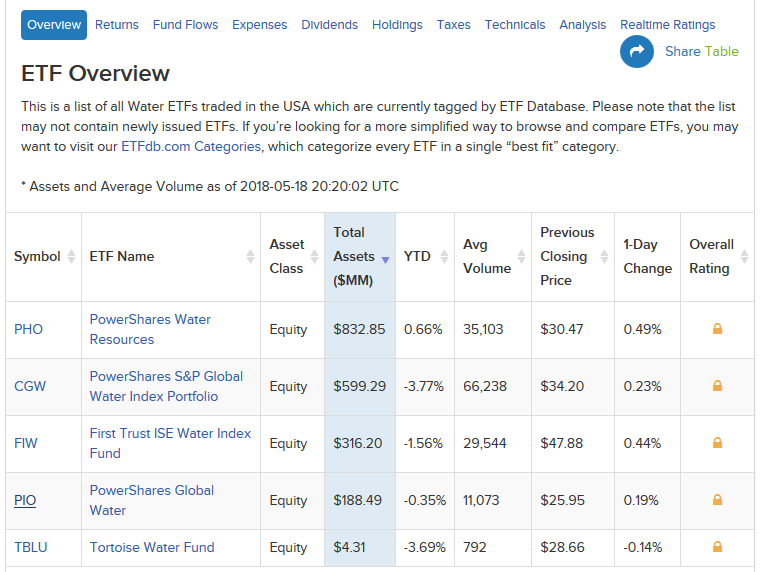