Without Boris Nemtsov, Who is the “Russian Alex Jones?”

On Sunday, members of various Russian opposition movements marched in solidarity to mark the two-year anniversary of the assassination of Boris Nemtsov. He was a proud member of the Russian opposition, moving against the oligarchs, the corporate elite, and most notably, President Vladimir Putin. If one had to peg an American counterpart to Boris Nemtsov, it would be controversial alternative media figure Alex Jones.

In fact, it’s a severe imbalance to compare Boris Nemtsov to Alex Jones because it’s the difference between walking the walk and merely talking the talk. For example, Jones frequently talks about science and innovation in his InfoWars broadcasts. Nemtsov was an actual scientist, specializing in the field of physics. Jones screams about freedom and the spirit of 1776. Nemtsov, according to the Washington Post, “was a key architect of Russia’s no-holds-barred moves toward capitalism, instituting free-market economic policies and simplifying the nightmarish and corrupt processes of registering new businesses.”

This isn’t to say that Alex Jones doesn’t have solid talking points. Concerned American citizens should defend their Constitutional rights, as Jones preaches through his media networks. But the dichotomy is that freedom of the press is largely considered sacrosanct. Alex Jones knows he can get away with his fiery rhetoric. What made Boris Nemtsov so special was that he knew he was risking his life but he still went ahead with the Russian opposition against Vladimir Putin. 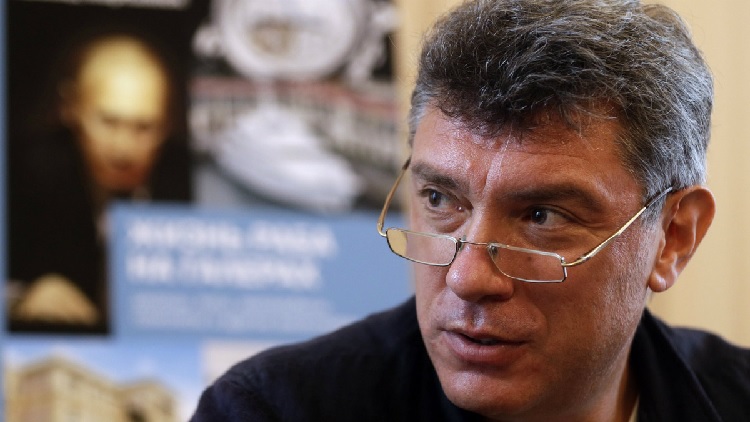 American conservative media personalities often exaggerate their importance with outlandish remarks of them being “on the frontlines.” As we all have learned, bravado pays big in this country. But when it comes down to it, very few would risk it all for the cause of freedom. Indeed, some would balk at even a relatively minor sacrifice like a pay cut.

This attitude has serious consequences. One of them is the fact that the general public doesn’t want to ask questions outside of the left-right paradigm. Today, the political discourse is centered on whether you’re pro-Russian or anti-Russian. A  better question would be, who is the Russian Alex Jones?

That used to be Boris Nemtsov. Fans of Vladimir Putin may dismiss him as a trouble-maker, the catalyst for the Russian opposition. But Nemtsov was the best of Russia — he was a scientist, a pioneer, an innovator, an entrepreneur. These are the qualities and attributes we wish we could impart to our children. Nemtsov actually went to the pinnacle, which is why he — just for perseverance and bravery alone — stands on the shoulders of giants.

It’s fair to say that there are no Russian Alex Jones. And it makes you wonder — are there really no problems in Russia that media pundits there have nothing to criticize? Or is it only American and western governments that are hell-bent on tyranny?

Before we embark on whether we are to the left or to the right, it’s best to analyze why we are compelled to choose a side at all.