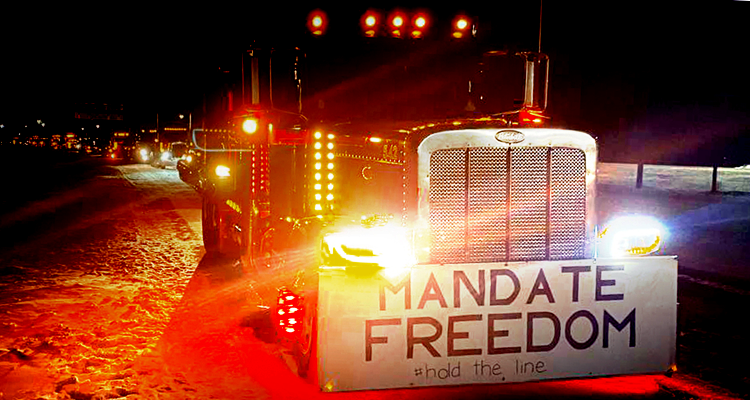 For nearly two weeks with no end in sight, peaceful protesters in Canada from all walks of life have openly opposed tyrannical mandates and restrictions that were born out of the COVID pandemic. The common man will not cease in their resolve until the illegal mandates are rescinded. The cross-border vaccine mandate issued last month by Prime Minister Justin Trudeau and mirrored by President Joe Biden, launched a “Freedom Convoy” of long-haul truck drivers that has paralyzed the center of Ottawa near parliament.

I have found Rebel News convoy reports to be prescient and fair reportage and TransSplendor rocks the house with his boots on the ground perspective. Follow my Twitter thread for real-time updates.

Politicos on both sides of the U.S.-Canada border did not appear too concerned until critical border crossings were blockaded by truckers, farmers, pickup trucks, and cars filled with plebians in support of the truckers. The most recent blockade happened last night at the Emerson Port of Entry in Manitoba, just north of Pembina, North Dakota. U.S. officials have urged Canada to get control of the spiraling crisis. One of the most crucial commercial links between the U.S. and Canada that’s blockaded is the Ambassador Bridge connecting Windsor, Ontario, with Michigan’s port of entry in Detroit. It quickly impacted just-in-time inventory deliveries for manufacturing, food, and consumer products that are already suffering from a supply chain crisis that will not end anytime soon. Several car manufacturers have announced assembly line delays and temporary shutdowns this week due to the blockade.

Multiple US Automakers Pause Some Output Amid Canadian Trucker Protests… “Toyota, Chrysler Pacifica, Ford, and General Motors all said they have had to pause production on some of their sites due to the demonstrations, which have caused blockages at the Ambassador Bridge… Canadian police on Feb. 9 also warned that north and southbound lanes to another border crossing, Coutts, are now closed due to the protesters’ blockade… For their part, Organizers of the Freedom Convoy maintain that Canada’s COVID-19 mandates and restrictions, which have been far stricter than those in the United States, are ‘destroying the foundation of our businesses, industries, and livelihoods.’” – Epoch Times, Feb. 10

Trucker Protests in Canada Prompt Ford, GM to Scale Back Work at Auto Plants… “Limited traffic from Canada can enter the U.S. via the Ambassador Bridge, but commercial trucks and other vehicles originating in the U.S. can’t enter Canada. The bridge, one of the busiest border crossings in North America, accommodates roughly 30% of annual two-way U.S.-Canada trade, which recent U.S. data pegs at over $600 billion… Both the White House and Bank of Canada Gov. Tiff Macklem relayed concerns this week about the impact of prolonged disruption at the Ambassador Bridge. Business groups also fret that the protesters, among them truckers with heavy-duty rigs, could target other key trade corridors.” – WSJ, Feb. 10 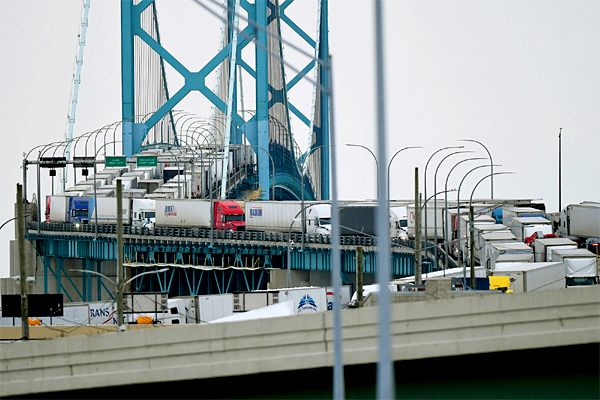 Image Courtesy of the NYPost

The blockade is terrible timing for the U.S. auto industry. Supplies of new vehicles are already low across the country because of a global shortage of computer chips that forced automakers to temporarily close factories. Parts are very scarce to say the least. Windsor Mayor Drew Dilkens is asking for more law enforcement resources and he fears that any use of force will exacerbate the standoff. Plans are being made for a protracted blockade. Governor Gretchen Whitmer of Michigan is demanding action and described the situation as “unacceptable.” Trucks have voluntarily evacuated the Ambassador Bridge due to weight capacity concerns, but the blockade remains intact at the port of entry. Convoys and demonstrations are spreading throughout Canada and the western world.

It needs to be made very clear that what triggered Canadians according to the mainstream media’s view is not necessarily the Freedom Convoy’s underlying motivation. It’s first and foremost about the children and their family and friends, then the elimination of demonic forces that are taking away freedom, liberty, and the right to choose medical procedures without coercion. The rush to protect and control everyone through equity is a form of communism vs. the equality of inalienable rights to choose your destiny (i.e. my body my choice).

Hold The Line For The Children – “I really like your face!”

Open Letter to the Canadian Truckers… “We all stand on the shoulders of giants. The simple truths are what matter most. Honest words, spoken from the heart, can change the world. We should not have politicized the public health response to SARS-CoV-2 and COVID-19. And Justin Trudeau should have focused on managing the actual ground truth of COVID-19 instead of following the script provided to him by the leadership of the World Economic Forum.” – Dr. Robert Malone, Feb. 10 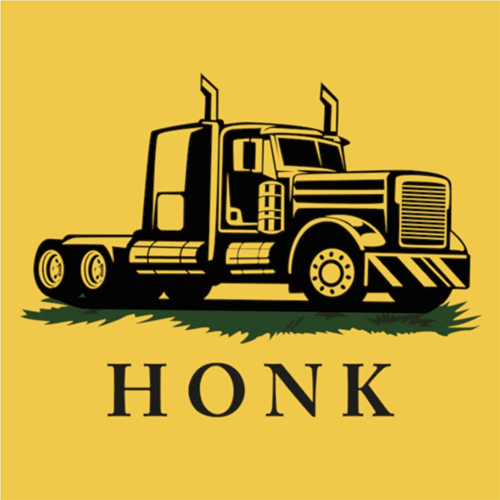 The logistics surrounding an early February start for a U.S. based convoy was thwarted by fascist technocrats that cancel-cultured the Facebook campaign. The latest information found on Telegram feeds is for a mid-February launch near the Super Bowl event in California, then gather participants while rolling eastward to New York City and Washington D.C. for Biden’s State of the Union address. The Department of Homeland Security has warned their police partners to expect demonstrations and blockades similar to those in Canada. 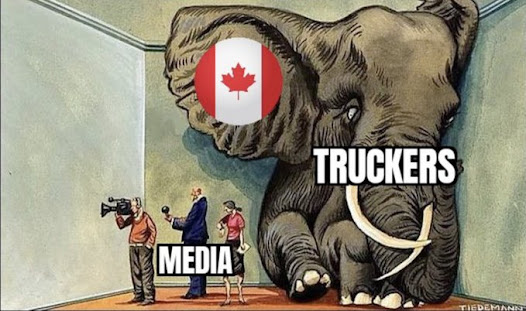 The Owner-Operator Independent Drivers Association, a trade group consisting of more than 150,000 North American truckers, wrote to the Biden administration on Monday to request that professional truck drivers be exempted from any mandates at land ports of entry. Democratic Sen. Jon Tester (Mont.) asked Biden last month to halt any vaccine mandate for cross-border truckers over concerns from farmers and ranchers that it will make it even more difficult to get critical supplies such as fertilizers.

Pandemic border protests strand cattle and car parts, snarling Canada-U.S. trade… “Canada sends 75% of its goods exports to the United States, and the Ambassador Bridge between Windsor and Detroit usually handles 8,000 trucks a day… About C$100 million worth of auto parts cross the border each day, with many shipments timed to arrive just as manufacturers need them… The intermittent closures have bogged down the flow of U.S. corn to Alberta, Canada’s biggest cattle-producing province, as well as trade in cattle and meat… Canada trucks cattle for slaughter south, through Montana, but those shipments are being halted… The Coutts crossing sees C$44 million per day in two-way trade, said David MacLean, vice-president of the Canadian Manufacturers & Exporters. Much of Alberta’s manufacturing sector relies on U.S. steel imports to make parts for the oil and gas industry, such as pumps and valves.” – WTVB Michigan, Feb. 8

Brace yourself: Grocery prices are about to go through the roof — again… ““The stage has been set for further substantial increases in retail food prices this year,” the investment bank’s economists wrote in the report. They blamed COVID-related supply issues, as well as high labor costs and rising expenses for fertilizer and other farming necessities. Goldman’s forecast is the latest gut punch for U.S. consumers grappling with rising costs for practically everything, from rent to food.” – KTLA, Feb. 8 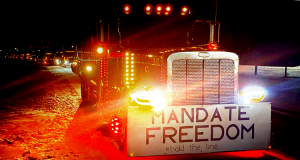