Two Charts Explain Why You Can Trust Bitcoin Prices!

As bitcoin prices break all-time record highs, a commonly recurring theme — even among cryptocurrency adherents — is that valuations have entered bubble territory. It’s an understandable concern. Prior to the hardfork event, the digital coin briefly slipped below $2,000. In roughly two months time, bitcoin has jumped over 125% in the digital markets.

In any other market, fears of an unsustainable bubble would be justified. However, bitcoin operates under a different standard. While traditional financial indices have seen their market capitalization levels stagnate for several years, the bitcoin market cap has in contrast steadily moved higher. Thus, applying the usual definition of “bubble” doesn’t make much logical sense when it comes to bitcoin prices.

This point is further illustrated when we compare cryptocurrencies to the S&P 500 index. While the mainstream media raves about its resilience and robustness, few are willing to label the stock market as a bubble. Yet the actual data indicates that it is the benchmark indices that should worry about unsustainable valuations. 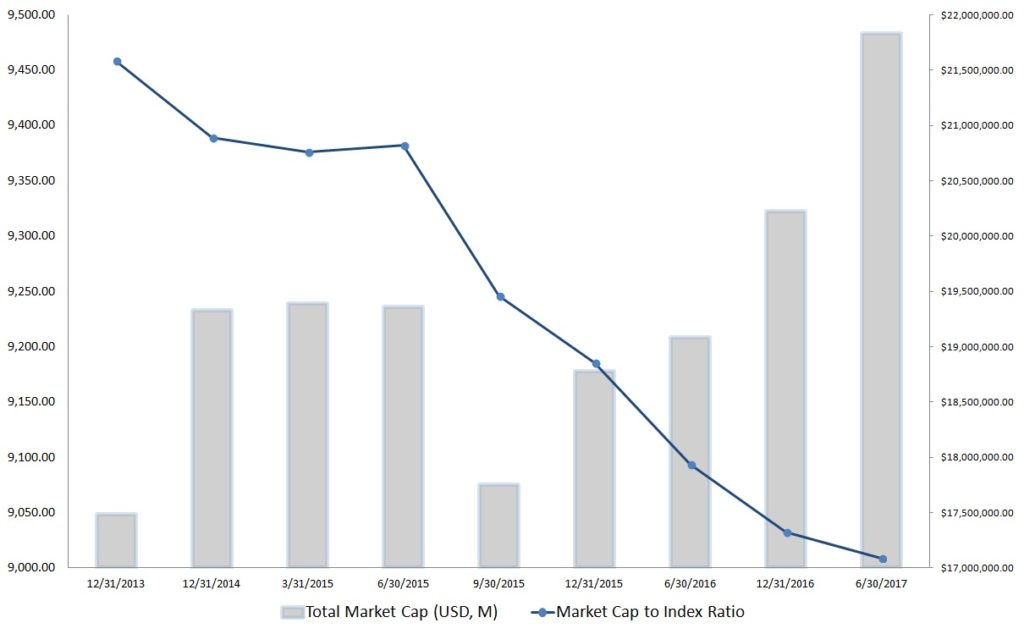 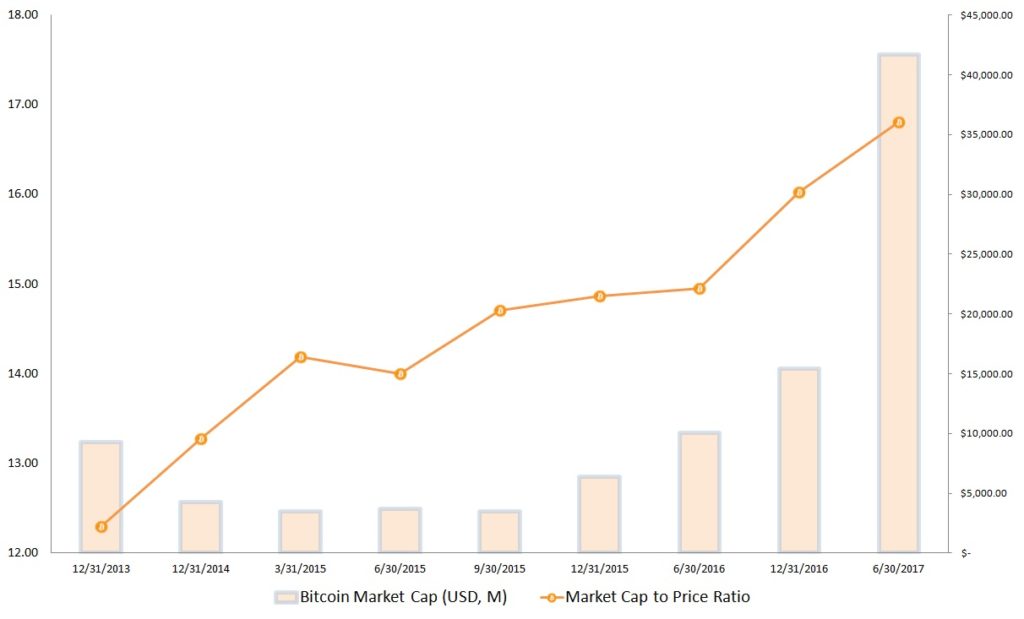 It’s also critical to note that while the bitcoin market cap jumped 350%, bitcoin prices enjoyed a hearty 229% profit during the same timeframe. Yes, speculative fervor is strong in the cryptocurrency markets, yet the trading dynamic has pushed valuations to a similar magnitude. Therefore, bitcoin continuing to push higher to $5,000 and beyond is not at all out of the question.