Chinese retaliate to a trade war and markets continue to tumble.

This week, markets were shocked by China’s confidence to step up to the United States and follow through with $3 billion in tariffs on U.S. imports going into effect on 128 products ranging from pork, meat, and fruit to things like steel pipes.

Although it sounds like a big deal, Trump’s aim is to slap more than $50 billion worth of tariffs is following an investigation by the administration into the theft of intellectual property from U.S. companies. To say that a $3 billion retaliation is a huge deal, is a bit disingenuous. However, it could signal something greater in terms of escalation. 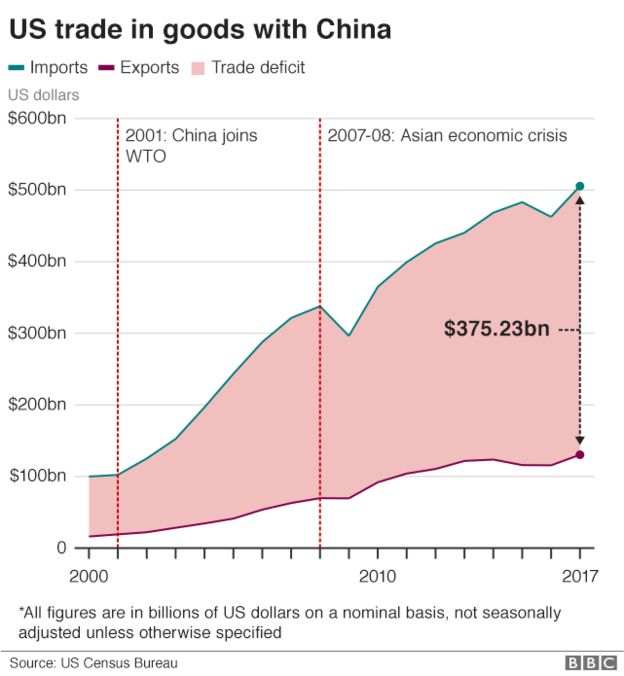 As much as I’d like to say there is an altruistic answer for solving this escalating trade war, there isn’t. It’s geopolitical chess, with many different factors at play, including pride and ego at play on the world’s largest stage.

Is it starting to feel like a bear market yet? The compounding negative realities are continuing to crush the windpipe of the economy, and negative sentiment is setting in.

As we’ve stated here before, China could escalate this trade war by simply dumping all their Treasuries. They’ve already stopped buying more. As it is, I think they’re slowly trying to get rid of what they have.

China does not want to be bullied, and they know that in the long-term, the economics are in their favor to surpass the U.S. in superiority. The next step is to make the yuan an international currency. And it will likely need to be a gold-backed currency so people trust it. If they can make the yuan the new international  reserve currency, the U.S. will lose its major source of power. That’s because dollars are our biggest export, and they have been for decades.

What happens when no one wants to own dollars anymore? All those dollars would start coming back to the U.S. The influx of trillions of dollars from abroad would be extremely inflationary.

The U.S. just surpassed $21 trillion in official national debt. We are on track to top $22 trillion by year’s end, which will be a record for crossing figures for debt thresholds.

Economically, the odds are not looking favorable.

Bitcoin is down 65% from its peak, but believe it or not, I believe it will be the safe haven going forward in 2018.

We’re already seeing this as market dominance in Bitcoin continues to rise: 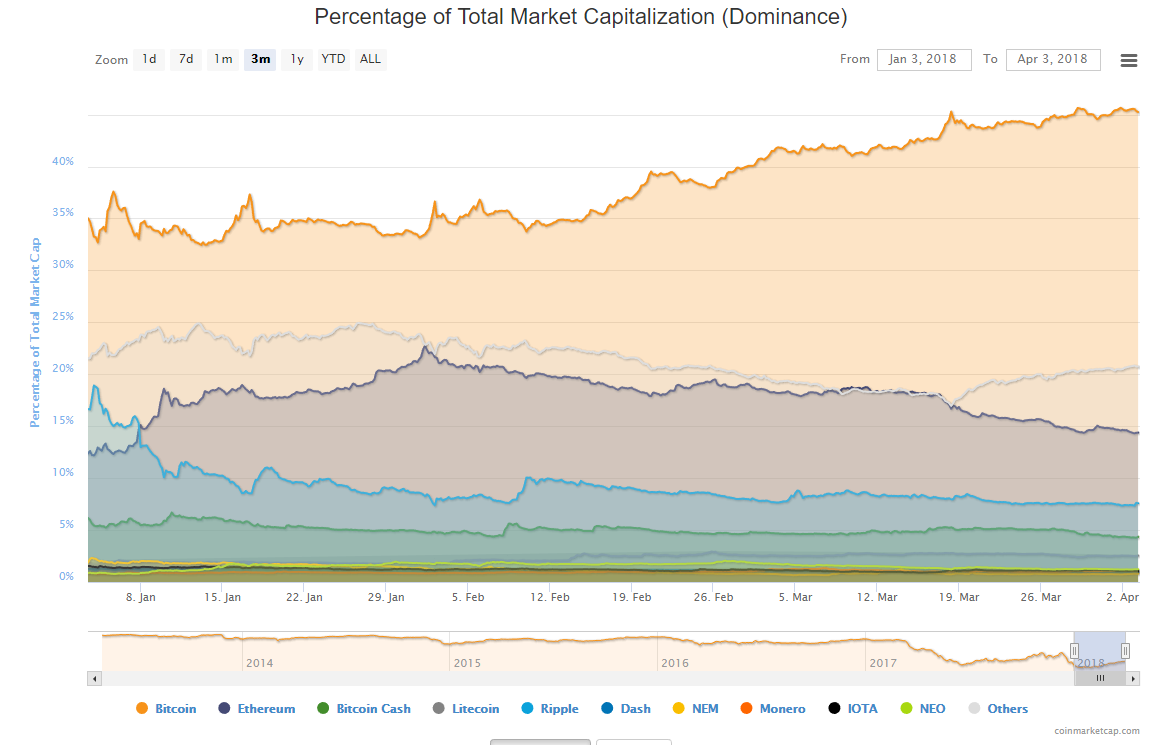 The altcoins are in for an implosion like no one has been expecting, and this will have lasting impacts on Ethereum.

With the majority of the funds being raised on the Ethereum network, this presents direct implications on Ethereum, specifically.

Many of these projects are good and have bright visions to bring to the table.

The brutality of bear markets is sometimes unforeseen in a euphoric uptrend. Consider the hyperbolic uptrend that Ethereum experienced in just 2017 alone, starting at $8 and making its way all the way to $700 at the end of the year, ultimately reaching almost $1,400 in mid-January of 2018.

It’s been quite the tumble for Ethereum, falling below $400 once again here in April of 2018. It’s very possible that the pain in Ethereum continues to get worse, and here’s why.

Consider the many projects starving for funds that were originally funded through Ethereum. It was the buying that sent Ethereum skyrocketing. According to a survey from Bitcoin.com, 46% of all ICOs in 2017 either flopped at the funding stage or have gone out of business since launch. The survey went on to say that a further 13% are currently labeled as “semi-failed.”

Add in panic, loss of confidence, more losses, and less hope and the altcoin space is going to be starved for capital for the immediate future.

Total funds raised for the failed ICOs were more than $100 million. But in a falling Ethereum environment, momentum selling is something that is certainly possible in the short-term, as projects have trouble attracting capital and have to liquidate Ethereum holdings, further pushing down the price.

The market is washing and rinsing the sector at the moment. Funds during this correction are being rerouted back into the mother of all cryptos (Bitcoin), increasing its market dominance by 30% since its market share low earlier this year.

There is a great deal to be said about Bitcoin’s role, especially in the “tough” times. As I’ve said many times before, I believe Bitcoin will prove itself as the digital gold in the crypto space.

Fundamentals ultimately matter, and that’s what it’s coming down to. Projects with fundamentals will be the ones that survive and thrive this roller coaster of extreme sentiment.