Throughout the campaign cycle, then-candidate Donald Trump promised to overhaul U.S. foreign policy, particularly as it relates to the Middle East. According to his worldview, American interests must come as a priority against all other concerns. Later, as the Republican party coalesced around Trump, he introduced the “America First” slogan. Finally, a mainstream political party launched a populist message that focused on sovereign security and prosperity.

That glimmer of hope that eventually snowballed into an unprecedented reality when Trump became President was quickly shattered when Tomahawk missiles rained down on a Syrian airbase. Responding to Syria’s Bashar al-Assad’s use of chemical weapons — allegedly under the request of daughter Ivanka Trump, and indirectly, through her husband Jared Kushner — President Trump sent a powerful message. Inadvertently or not, he also turned the Cold War into a lukewarm one.

Bear in mind with all the posturing regarding Russian relations, the U.S. has never had a direct conflict with either Russia or the defunct Soviet Union. Incidents have nearly sparked open warfare — the Cuban Missile Crisis being a particularly glaring example — but fortunately, cooler heads prevailed. In the place of bloodshed, we instead embarked on the original Cold War.

During this tense period, a new concept of warfare emerged — mutually assured destruction, or MAD for short. Format-wise, the concept is similar to a zero-sum game. If the Cold War ever turned into a hot war, obliteration of the entire planet was the understood result. Therefore, Russian relations were always tense, but they never escalated beyond the point of no return.

All that has now changed amid the new Syrian crisis. As far as we know from publicly-disclosed records, President Trump’s missile strike is the first time that the U.S. military officially attacked an asset actively utilized by Russian forces. To prevent casualties, the current administration warned their Russian counterparts of the missile strike ahead of time. 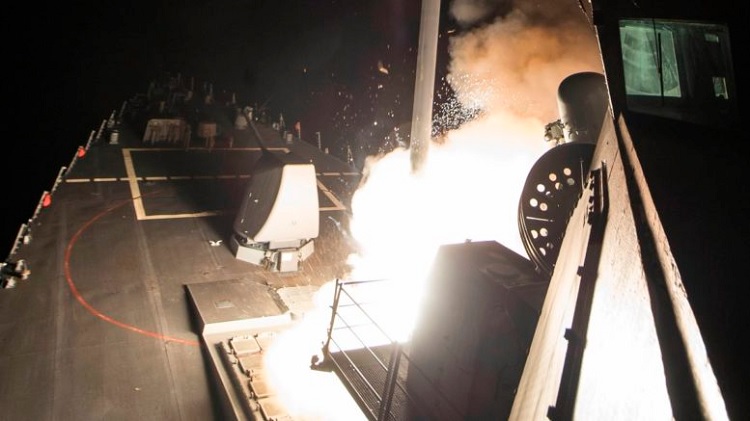 Nevertheless, had the message become lost in transmission, or had somehow not made it down the supply chain, the U.S. military could have very well killed Russian soldiers. That would plummet Russian relations to a non-existent level. While everything went “according to plan” with the new Syrian crisis, it’s sobering to realize just how quickly Cold War 2.0 would have escalated.

Again, cooler heads are prevailing — or so it would seem. On the optimistic end of the table, President Trump is showing restraint against his seemingly newfound “trigger-happiness.” From talking points provided by the White House, the U.S. wants to assure that international protocol, such as the Geneva Convention, are strictly obeyed. It does not want to react any further unless provoked. Evidently, foreign policy will remain foreign policy — not a license to kill.

That’s encouraging not only for upper-level politics; everyday Americans will benefit from a rational approach to the Syrian crisis. President Assad is by no means a perfect individual. Without doubt, the man has many skeletons in his closet. At the same time, this is the Middle East. For centuries upon centuries, the people of the desert have killed each other in the name of tribalism. No amount of reason or rationality has worked in repudiating these archaic belief systems, at least not on a mass scale.

And no amount of effort, no appeal to a core ethos, will ever work in the Middle East. Largely, Middle Eastern communities want to wallow in self-pity and social backwardation. A democratic process has no chance in hell of fixing this deep-seated dilemma. Instead, a powerful, ham-fisted ruler is needed to keep everyone and everything in check. Otherwise, left to their own devices, Middle Easterner factions will do what they do best — stumble into religious irrationality and zero-sum violence.

President Assad is the only anchor that is preventing all-out warfare. Under his leadership, Muslims, Christians, and atheists have co-existed in peace, and have relatively flourished economically. If Assad is removed, the Syrian crisis would explode into an unprecedented cycle of global poverty and terrorism. That’s because most of the world does not have the political backbone to force migrants back to their country of origin. The only victims of such a liberal foreign policy are normal folks like you and me.

President Trump has assured us that that won’t happen here with his America First message. But he needs to be very careful about how he proceeds forward. His actions in the Syrian crisis has already turned the Cold War lukewarm. A future miscalculation could potentially spiral into body bags.