One of the Comrades’ Free Stuff Programs Will Cost $32 Trillion

The Democratic Socialists appear hell-bent on digging a much larger grave than we can crawl out of, and it does not include the current level of national debt, unfunded debt under states’ public employee and private multiemployer pension plans, and unfunded liabilities the U.S. Government is already buried under. You cannot abrogate the unions, state legislatures, Republicans, or Democrats because the voting citizenry is responsible for allowing their respective congress critters and senate slimeballs to get away with out-of-control spending policies over the course of decades. It is absurd that the progressive left (Socialists) seem to believe that the government should provide a wide range of services free of charge, including a university education, healthcare, childcare, housing, telecommunications, energy, and more to everyone, not just the neediest. Despite a bankrupt Obamacare debacle that is slowly being rolled back by the current administration in piecemeal fashion, the Bernie Sanders crew and his new sidekick Ocasio-Cortez have the cojones to advocate an enormous government-run single-payer healthcare system with a “Medicare for All“ advertising slogan.

“Health care must be recognized as a right, not a privilege. Every man, woman and child in our country should be able to access the health care they need regardless of their income.” – Bernie

A study released this week by George Mason’s Mercatus Center, a libertarian-leaning policy center, aligned nicely with a comparable analysis from the Urban Institute concludes that such a program would cost the peasantry over $32 TRILLION within its first decade.

A.F. Branco Cartoon: Under Wraps, Nothing to Hide… 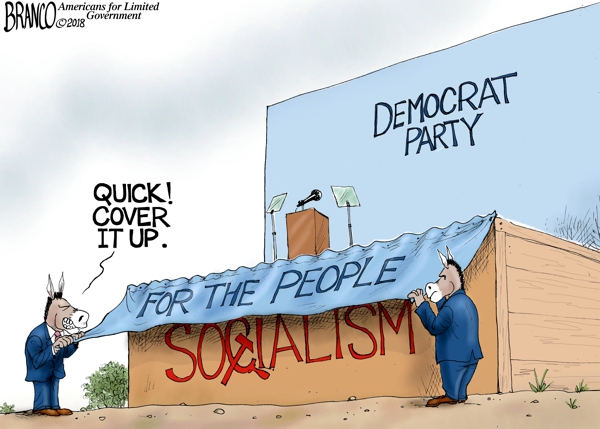 17 Nobel Laureates and 1200+ Economists Agree with Ben Carson re U.S. Fiscal Gap… “The true measure of U.S. fiscal debt is not the $13 trillion our government reports as its debt. Instead, our true debt is over $200 trillion. Obviously, most of this true debt has been kept off the books by our politicians.” – Laurence Kotlikoff for Forbes, May 2015

To put the U.S.’ unfunded liabilities number into perspective, the current amount of global debt is only…

Global debt hits a new record at $247 trillion… “Global debt has hit another high, climbing to $247 trillion in the first quarter of 2018, according to a report published Wednesday. Of that figure, the non-financial sector accounted for $186 trillion. The debt-to-GDP ratio has exceeded 318 percent, marking its first quarterly rise in two years.” – CNBC, Jul. 11

You Haven’t Earned Your Social Security — It’s Welfare… “I’m sorry, but no, you didn’t earn it – at least not all of it. Your Social Security benefits are a gift from other taxpayers. It is not your own money coming back to you. That may be hard to accept, but it is important. Recognizing it should change your financial decisions… Social Security is going broke, as I wrote last month. All would be well if the taxes people paid into Social Security were enough to cover the benefits they receive. That’s just math. ‘Ah, but Congress spent the money on other things,’ you might say. That does not matter. Congress borrowed cash from the Social Security trust funds and replaced it with IOUs. Social Security still ‘owns’ all that money… and it’s not enough.” – Forbes, Jul. 9

Back in 1960, the Supreme Court ruled that Social Security is not insurance or any other kind of property. The law obligates the peasantry to make FICA contributions out of their income, but does not require the government to give you anything back. FICA is a tax, like any other. What you pay into FICA is used to calculate your benefit amount, but the congress critters can change your benefits anytime they please. They can give you more, less, or nothing at all. Your only recourse is the ballot box, so use it wisely.

A “Medicare for All” system would likely fall under the same rules as Social Security. Realize that none of us have a “right” to healthcare benefits just because we paid Medicare taxes throughout our working lives. If a single-payer system ever came to fruition in this country, you would be at the mercy and under the control of Washington D.C. on so many more levels than you already are, and we will have flushed the ideals of liberty and freedom down the toilet.

“Those who would give up essential Liberty, to purchase a little temporary Safety, deserve neither Liberty nor Safety.” – Benjamin Franklin

A common argument presented by low-information voters is that single-payer socialized medicine is a success in other countries, so why not formulate a similar system in the United States.

Socialized medicine a global failure… “There is indeed a lot to learn from foreign, government-run single-payer systems — just not what Bernie Sanders and others might like to hear. From Canada to the United Kingdom and even Scandinavia, single-payer systems have proven cripplingly expensive even as they limit patients’ ability to access quality care… As the Swedish economist Nima Sanandaji recently explained, the country’s socialist experiment has proven ‘such a colossal failure that few even in the left today view the memory as something positive… Of course, Bernie need not look abroad to see how socialized medicine fails patients. Just last year, his home state of Vermont abandoned an attempt to launch a statewide single-payer system. The reason? As Gov. Peter Shumlin — who supported it — explained, ‘The cost of that plan turned out to be enormous.’” – Pacific Research Institute, Jun. 2015

A pension crisis is also looming, and almost all of them include some type of medical benefit.

Pensions risk could make schmucks of savers… “Pension funds have been the principal losers from quantitative easing, the main tool used to bail out the banks. QE bond purchases pushed down bond yields. This created pain for pension funds, which buy bonds to offer their members a guaranteed income. The lower the yield on bonds, the more expensive it becomes for them to fund any given guarantee. This problem has created a true crisis among US public sector pensions. Many are looking for ways out of the guarantees made to their members, only to find that courts defend the members.” – FT, Jul. 26

The Pension Hole for U.S. Cities and States Is the Size of Japan’s Economy… “Many retirement funds could face insolvency unless governments increase taxes, divert funds or persuade workers to relinquish money they are owed.” – WSJ, Jul. 30

As an example to drive the point home on the pension crisis gripping U.S. states, here is a chart from Illinois… 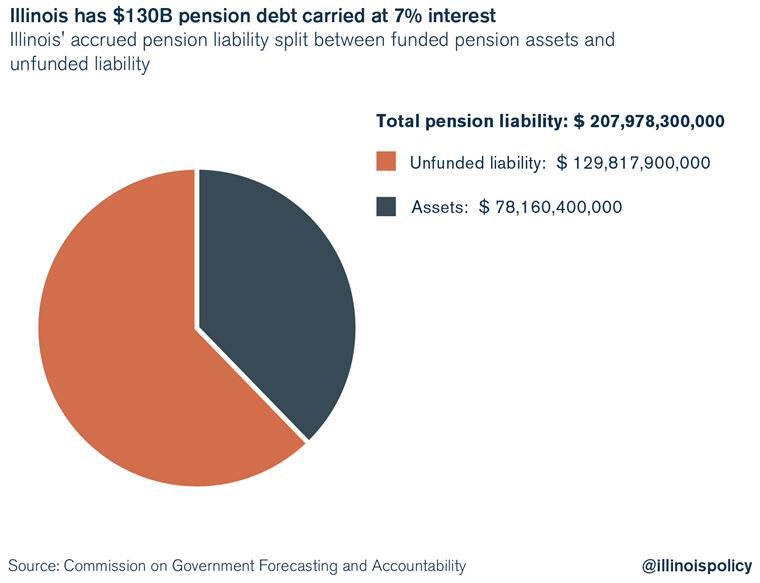 Oops! Ocasio-Cortez mixes up political colors on the campaign trail, but it was most likely a Freudian slip.

A more appropriate image of the comrades (instead of my headliner) would be actress Ursula Andress and actor Peter Sellers from the 1967 spy spoof “Casino Royale.” Photo by Terry O’Neill. 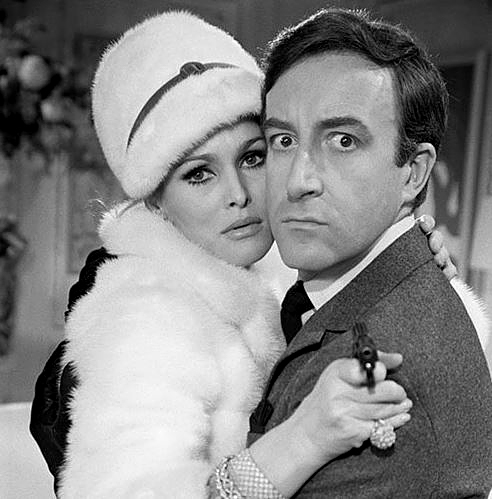