China Is Losing the Narrative on the Coronavirus

What started out like a pneumonia-like disease has escalated into a global panic. Although the coronavirus remains mostly focalized on China, the human toll is wretchedly devastating. According to the latest update from the New York Times, the outbreak has infected 68,500 people, with at least 1,669 deaths.

For now, the global spread has been limited. That said, various national agencies have reported first-time deaths in their countries, including France and Taiwan. This demonstrates the potential for a pandemic if proper controls are not implemented. Fortunately, the Trump administration responded rapidly to the crisis, prompting criticism but also saving lives.

However, the same cannot be said apparently about China President Xi Jinping. According to Times’ journalist Amy Qin, the Chinese government has driven a new narrative that Xi had taken early action on the coronavirus. However, that led to a critical contradiction. Qin wrote:

But in doing so, the authorities have acknowledged for the first time that Mr. Xi was aware of the epidemic and involved in the response nearly two weeks before he first spoke publicly about it — and while officials at its epicenter in the city of Wuhan were still playing down its dangers.

If the new framework is accurate, it would imply that top officials waited around too long for a response. In an already fractured political environment, China is losing credibility it can’t afford to lose.

China Has Likely Lost Control of the Coronavirus

For years, China has announced its ambitions to truly join the stage of the world’s elite nations. Though they’ve always held the population numbers advantage, the country on a per-capita basis has not been impressive.

It’s still leaving much to be desired in that department. Still, China is making progress. However, the coronavirus outbreak confirms that their ambitions don’t match their fundamentals. In other words, China is very much a Third World country with a Third World mentality.

After all, only a less-than-fully developed nation would allow a virus to spiral out of control. Not only that, the dietary practices of the average Chinese person resembles that of Third World poverty. I’m sorry but when you’re competing for elite economic status, your people cannot be eating rats and bats. It’s really that simple.

Now, if the coronavirus simply affected China, I believe the world community wouldn’t care. As the Good Book says, you reap what you sow. But the problem here is that this outbreak affects everyone. If it’s not directly through contagion, then the economic reverberation will certainly hit home. 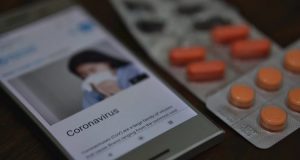