Can Cryptocurrencies Save North Korea From Itself?

Tensions in the Asia-Pacific theater are once again on the rise as the South Korean military announced yet another missile launch from their northern, belligerent neighbor. Already, the U.S. is on high-alert, with President Trump sending a Navy carrier group to the Korean peninsula as a show of force, and hopefully, a deterrent.

Unfortunately, North Korea and its dictator, Kim Jong Un, did not either receive the message or it got lost in translation. Whatever the case, North Korea is calling the White House’s bluff — with a twist. Today’s missile launch occurred in the regime’s west coast. The other launches were initiated in the nation’s east coast, with missiles landing in the Sea of Japan.

Thus, it’s somewhat evident that a modicum of rationality exists within the North Korean military industrial complex. Kim Jong Un is certainly a madman, but he knows the math just as well as anyone else. Continuing to launch ICBM tests into Japanese territorial waters would quickly exhaust the patience of the U.S.-Japan alliance. Furthermore, President Trump is a leader not known for exhibiting the attribute.

At the same time, Kim Jong Un does not want to show any weakness. Doing so may jeopardize the regime of North Korea, indeed his very life. Organically, the dictatorship’s citizens are exposed to the technologies, cultures, and lifestyles of the western and developed worlds. While they may publicly express loyalty to Kim Jong Un, it is money that ultimately does the talking.

The prime example is the troubled nation’s thriving gray market economy. For years, North Korean border towns with China conducted business in Chinese renminbi. According to The New York Times, this was “an embarrassment for a country whose policy stresses economic independence.” To mitigate this ongoing dilemma, North Korea set up economic zones where their local currency is pegged to the black market rate.

In this case, the black market is the free market — the North Korean won establishes its value based on what it would purchase. Depending on market conditions, the won would fluctuate accordingly.

The significance of this dynamic is that the North Korean government endorses the strategy — thus, it is officially a gray market, not black. Furthermore, the government firmly recognizes the absoluteness of market commerce. Again, according to the Times, “An attempt in 2009 to revalue the won and confiscate private foreign currency savings brought protests from market traders and drew a rare policy reversal and public apology from state officials.” 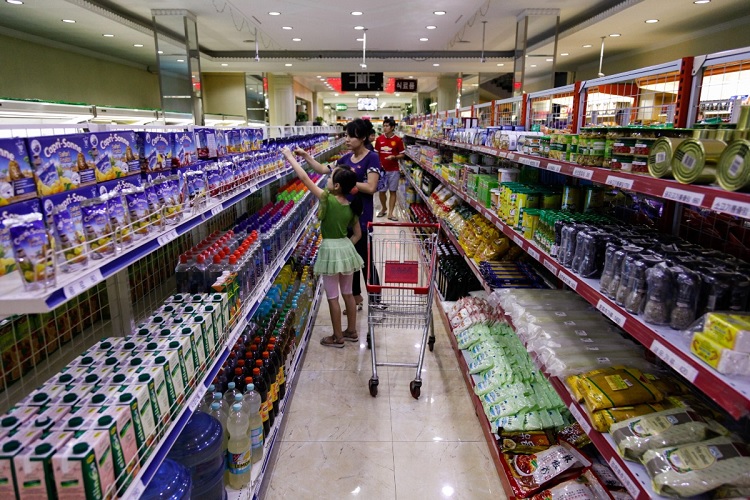 Thus, we have the answer to the North Korean crisis — open the channels of ingenuity and entrepreneurship for its citizenry. Once the majority of the people get a taste of the free markets, there is simply no going back. North Korea will take care of itself.

Furthermore, we have evidence through cryptocurrency networks like Steemit that the evolution is typically rapid. Due to the laws of both small and large numbers, the quickest gains are the earliest. North Korea, within a few years, could dramatically alter its national trajectory.

Another confirmation is the fact that few trolls exist on Steemit. The type of abuse that is apparently most common is plagiarism — that is, people defrauding others from their work in order to profit monetarily. While not excusing the behavior, it is noteworthy that the penalties are tied to greed, not hatred.

You simply won’t find the type and frequency of abusive vitriol on Steemit as you do on Yahoo or other internet forums. Steemit users join the platform to create, collaborate, and to make money. Being rude, racist, or otherwise reprehensible is — get this — bad for business!

Essentially, the free market and the pursuit of prosperity automatically filters out all negative or unproductive human emotions, and instead focuses the synergy towards progress and evolution. That is the beauty of cryptocurrencies, and the self-reliant powerhouse of Steemit.