In a little over an hour, President Donald Trump will give his first address to a joint session of Congress, and it couldn’t have come at a more opportune moment. The leader of the free world has been embattled from the very beginning, from vigilante protesters attempting to deny the peaceful transition of power, to leftist gridlock aimed at achieving much of the same things.

On one hand, the antics are frustrating to the point of being anti-American. Donald Trump has laid out a legislative agenda, with economic recovery and a revamped immigration policy being some of the hot-button topics. To his credit, the President laid out the groundwork of making America great again as soon as he stepped into the Oval Office. No one has done more in the same time.

At the same time, Donald Trump has his critics — and not all of them are “fake news.” The extreme vetting portion of his controversial immigration policy was not rolled out effectively. There were too many loopholes that could be exploited by both liberal and not-so-liberal justices, and they indeed pushed back against the President. Also, some of his promises — such as economic recovery — are vague. The American people need real answers.

With the country and the entire world watching, Donald Trump has the chance to right the ship. It’s not so much that his policies are flawed — they just need some padding and nuance to make them politically palatable. For instance, his repeal of Obamacare is truly unproductive unless there is something substantive to replace it. Risking the loss of health care, affected Americans will certainly appreciate an alternative pathway. 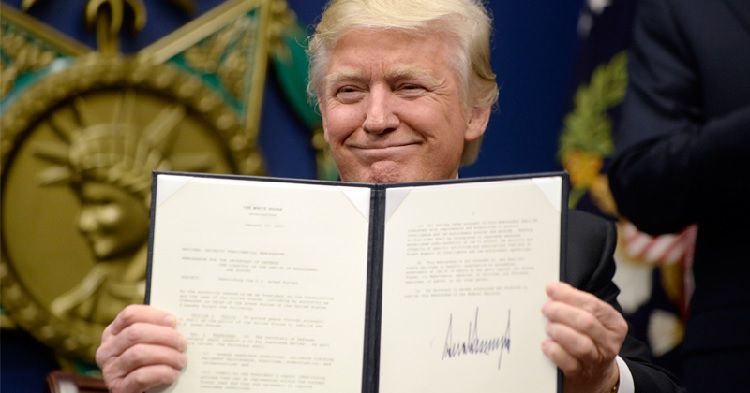 But in the core issues of protecting America and her people, Donald Trump must stand firm. He must reiterate the dangers of unmitigated immigration, and the rapid proliferation radicalization and terrorism. Furthermore, he has to establish the sacrosanct nature of national sovereignty.

In other words, no one has a right to enter the U.S. of their own volition — the immigration policy should be a privilege that is earned, not a right to be expected.

Regarding the economic recovery, Donald Trump can afford to play to his working-class conservative base. However, he also needs to pivot to innovation and the jobs of tomorrow. This is one of the bigger challenges of his legislative agenda. He’s said much about manufacturing and mining, but what about science and engineering? In order to have a robust economic recovery, Trump has to balance the needs of today with the anticipated needs of tomorrow.

This is a lot of pressure on the President. However, with so many distractions engineered by leftist politicians, it’s a golden opportunity for Donald Trump to frame his legislative agenda that is best for America.