If you’re like millions of Americans, you may have noticed something — it’s been unusually warm this season. Temperatures in many cities located in the southwest region of the U.S. have experienced abnormal heat. This prompts global warming worries that the upcoming summer season could be brutally hot — a particular concern for California, which suffers from a statewide drought.

But it’s not just the west coast that’s affected by climate change. From the Midwest to the east coast, farmers from states like Michigan to New York have witnessed spring-like temperatures come months early. Although non-farmer residents may enjoy the respite from the cold of winter, for the agricultural industry, it could wreak havoc on their business.

The unusually warm temperatures have caused fruit trees to bloom prematurely. That’s a huge problem since cold weather is still predominant in Canada. Should colder winds from up north hit American farmlands, it would destroy the flowers, and thus, cripple the fruit growing season for already hard-hit farmers.

Ultimately, the lesson isn’t whether or not you believe in global warming or climate change — it’s already here. The real agenda behind global warming is what is actually causing it. 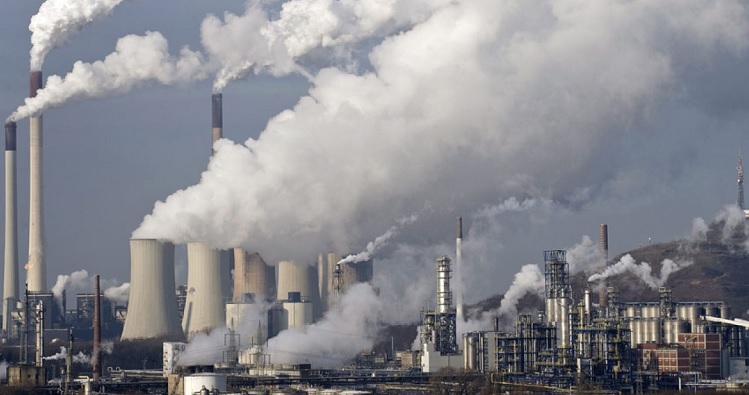 Mainstream scientific consensus focuses on carbon dioxide as the culprit. This thesis is perhaps best illustrated by NASA, which has data correlating global warming conditions to unprecedented levels of carbon dioxide in the atmosphere. Their solution is to reduce CO2 emissions, which has an economic interest pegged to it.

However, not all scientists agree that CO2 emissions is a contributing factor. Geologist Leighton Steward has made arguments on Capitol Hill that not only is carbon dioxide not responsible for global warming, it’s actually the opposite — the substance has hit dangerously low levels. Steward’s remedy runs in the face of mainstream climate change experts by proposing increasing CO2 emissions!

Several Chinese scientists have added their support to Steward’s thesis by stating that solar activity, not CO2 emissions, causes global warming and climate change. But however convincing their data, one cannot deny the political implications of their study. China is a mass polluter, as evidenced by their atrociously smog-infested cities. It’s awfully convenient, then, that CO2 emissions are supposedly not linked to climate change or global warming.

In the meantime, while the CO2 emissions debate rages on, controversial food materials company Monsanto is pursuing a multibillion dollar deal with drug maker Bayer AG. Part of the justification of the deal is due to the negative effects of climate change. With real consequences affecting agricultural lands (see above), farming and science must come together to solve our growing food crisis.

Most people would find that proposal reasonable. I’m just not sure that it’s Monsanto that should be leading the way. However, it’s the unwillingness — particularly by religious groups — to properly debate the issue of climate change that allows unscrupulous companies like Monsanto to wreak great devastation on our agricultural lands.

If broader consensus was achieved that certain “go-green” initiatives — simple stuff like proper trash disposal and recycling — are helpful for the environment, we may not be in the position we are in today (ie. Monsanto as a moral arbiter). But because powerful public organizations refuse to play ball with the scientific community, we end up with even greater problems.