Drug Cartel Battles on the Border and a Conduit for Hezbollah in the U.S. 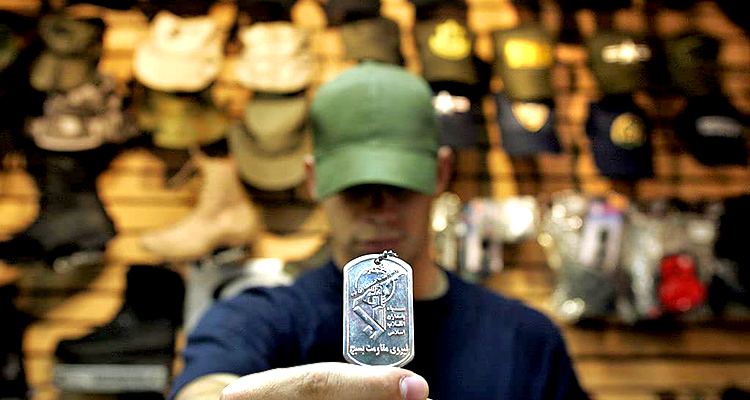 It is a known fact that the U.S.-Mexico border is easy to infiltrate where border walls are nonexistent, as tens of thousands of illegal immigrants and asylum seekers from Latin America, Mexico, and other nations from around the world have streamed across the border. The lack of border control is due to minimal protection along our borders, inadequate enforcement of immigration laws, and a seditious policy agenda by politicos on Capitol Hill. Unfortunately, many in the U.S. underappreciated the severity of issues that are flourishing south of the Mexican border until nine Americans from a Mormon community became victims of an ambush and were murdered in the Mexican state of Sonora.

At least six American children and three adults killed in ambush in Mexico… “Members of the LeBarón family, who lived in a Mormon community in northern Mexico for decades, were traveling in three vehicles on Monday when gunmen attacked. ‘Six little kids were killed, and seven made it out alive,’ LeBarón said, adding that one of the women got out of her car and put her hands up when ‘they shot her point blank in the chest.’… A decade ago, two other members of the family were kidnapped and murdered when they confronted drug gangs who have claimed control of the borderlands south of Arizona.” – Washington Examiner, Dec. 2019

A few weeks prior to the LeBaron family massacre, a gun battle turned the Mexican town of Culiacán into a warzone. Cartel gunmen barricaded roads leading into the city and battled local security forces with heavy weapons and armored dump trucks, all in response to the arrest of El Chapo’s son and leaders of the infamous Sinaloa drug cartel. Mexico’s president succumbed to the cartel’s demands and released El Chapo’s son.

A Drug Cartel Just Defeated The Mexican Military In Battle… “Last Thursday in the city of Culiacan, the capital of Sinaloa state, a battle erupted between government forces and drug cartel gunmen after the Mexican military captured two sons of jailed drug kingpin Joaquin “El Chapo” Guzman. The elder son, Ivan, was quickly freed by his men, who overpowered government forces and secured his release. Ivan then launched an all-out siege of the entire city in an effort to free his younger brother, Ovidio.” – The Federalist, Oct. 21

The violence in Mexico has become so horrific that U.S. Sheriffs along the Mexican border are warning citizens not to travel into Mexico due to intensive shootings.

“Attention: Please do not cross to Nuevo Laredo, Tamaulipas right now. We have information that there have been intensive shootings between cartel members and Tamaulipas State Police. These shootings have been going on for hours… Please avoid these areas and do not cross over to Nuevo Laredo. High-caliber machine guns and explosives are being utilized and they are highjacking vehicles.” – Townhall, Jan. 2

It is blatantly clear that Mexico is experiencing a major crisis, with cartels threatening its sovereignty, and corruption among elites is destroying the country from within. Garcia Luna was the former public security secretary of Mexico who served from 2001 to 2012, and he was in charge of Mexico’s Federal Investigative Agency and a militarized war on drug traffickers. Garcia was arrested in early December for taking millions of dollars in bribes from the Sinaloa Cartel during his term in office. His arrest stunned Mexico because he was the poster child for Mexico’s drug war. The New York Times described the scandal by saying “it was as if Eliot Ness had actually been an accomplice of Al Capone.”

The cartels and narco-gangs have gained control of large areas of Mexican territory, which threatens Mexico’s sovereignty and financial relationship on many levels with the U.S. The new socialist president of Mexico, Andrés Manuel López Obrador, is unlikely to bring stability to the region anytime soon, as his approach of appeasement includes anti-crime slogans such as “hugs, not bullets,” and “you can’t fight fire with fire.” 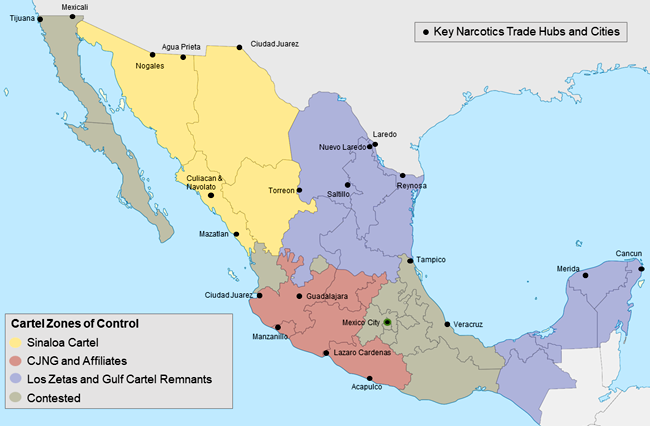 Mexico’s lack of a security strategy is sure to embolden the Hezbollah insurgency (Hezbollah dog tags in headline photo) within Latin American and Mexico. Hezbollah is aligned with the Iranian Revolutionary Guard Corps in exporting its radical ideology and is well-established in Mexico. It has developed a strong working relationship with the Los Zetas cartel, which is the most violent and second most powerful cartel in Mexico. They are using their links in the region to generate large sums of money through the drug trade, in turn providing sleeper cell access across the Mexico-U.S. border.

Hezbollah is teaching drug cartel “street soldiers” how to make sophisticated explosive devices, training in urban warfare, sniping, and building tunnel systems to enter the U.S. The tunnels are of the same type that Hezbollah perfected in Gaza and along the Lebanon-Israel border. Hezbollah has great expertise and knowledge in evading border barriers and patrols, which it now shares with drug cartels and narco-criminals.

Is it any wonder why the POTUS is building a border wall and has drawn a red line in the sand with terrorism by killing General Soleimani and leaders of Hezbollah’s Iranian-backed militias in the Middle East? If you want a synopsis on what is happening with Iran, go to “A Sinking Feeling About Nuclear Persia Part 2 – U.S. Embassy Attacked in Baghdad,” published on Dec. 31, and a chronology of events since posting it can be found in its Twitter thread.