If you are behind the curve with this AI series, you are at the right place and the right time to get up to speed. There will be one additional installment in this series.  Keep the following quotes in mind as you play catch-up and I attempt to prognosticate on the topic at hand today: the job.

“A good forecaster is not smarter than everyone else, he merely has his ignorance better organized” – Anonymous

Mini-Documentary by the CrushTheStreet Team

The first image within the headline collage today is of a young man in his prime turning a large bolt. Its purpose was to represent a post-industrial revolution for the Sept. 1994 cover of Fortune Magazine.  Unfortunately, I was unable to locate a picture of the original cover without paying a fee-based archive. The magazine headline and tagline read:

“’THE END OF THE JOB’ As a way of organizing work, it is a social artifact that has outlived its usefulness. Its demise confronts everyone with unfamiliar risks — and rich opportunities… STUDY a fast-moving organization like Intel and you’ll see a person hired and likely assigned to a project. It changes over time, and the person’s responsibilities and tasks change with it. Then the person is assigned to another project (well before the first project is finished), and then maybe to still another. These additional projects, which also evolve, require working under several team leaders, keeping different schedules, being in various places, and performing a number of different tasks. Hierarchy implodes, not because someone theorizes that it should but because under these conditions it cannot be maintained. Several workers on such teams that Tom Peters interviewed used the same phrase: ‘We report to each other.’ In such a situation people no longer take their cues from a job description or a supervisor’s instructions. Signals come from the changing demands of the project. Workers learn to focus their individual efforts and collective resources on the work that needs doing, changing as that changes. Managers lose their ‘jobs,’ too, for their value can be defined only by how they facilitate the work of the project teams or how they contribute to it as a member. No good word exists for the place that an individual fills in this kind of organization: It isn’t a ‘job’; ‘position’ sounds too fixed; ‘role’ sounds too unitary. Whatever it is, it is changing and multiple. It is a package of capabilities, drawn upon variously in different project-based situations. Anything that stands in the way of rapid regrouping has to go.”

Anyone that worked within the corporate American rat race from the mid-‘90s onward, especially in banking, eventually became aware of a tectonic shift taking place in the workforce.  I spent several years in a human resources capacity, as well as adapting hiring functions to technology upgrades when HR management and rank-and-file supervisors down the organizational flowchart were having a difficult time digesting candidate resumes from across the board in hierarchy and pay grades. Long-term position histories were disappearing, even from elite executive search firm candidate resumes.  It was a transitory time when it became necessary to recognize that multiple employment endeavors spanning shorter time periods did not necessarily reflect weakness or lack of loyalty in a candidate, but instead strength, diversity, and the ability to adapt within a corporate culture and organization, and it foretold an impending evolution of the modern workforce.  Some hiring managers that we sourced candidates for were not always as astute to recognize the new reality, were often older, sometimes biased due to struggles with their own careers, and stuck in a dogma of what jobs used to be vs. what they were becoming.

I can say with confidence that the evolution in technology (like the PC industry, Apple, and Microsoft software) were entirely responsible for the underlying chaos and Dotcom financial bubble.  Few chose to recognize the information revolution, which evolved into its prime after the Internet took hold of society. In some instances, folks were dragged along kicking and screaming to learn basic PC skills, despite their best efforts to find a way out, or way in, depending on your age and how you ascertained your career goals at that time.

In many respects, we are in another transitory period, and we’re very early in the process of how technology and the AI revolution will transform the employment landscape throughout the next decade and this century.  There are obvious paths that were pointed to within the three previous installments about artificial intelligence. You might be surprised at the direction I choose today because I believe it is the underdog among those who are young and nimble enough in the current cycle to take advantage of it.

If you prefer a non-geographic dependent skill that will always be in demand, perhaps creative depending upon your path, you enjoy working with your hands and/or outside of four walls, you don’t want a replicable, repetitive function, you want something well-paid whether part of a larger organization or as an entrepreneur, and you cannot stand the “keeping up with the Joneses” idiom as applied to the latest and greatest tech opportunity, then this option may be for you. The truth of matter is that a majority of folks do not have a desire or aptitude to be a “rocket scientist on Wall Street” (Quants), prefer not to be another Googled geek just because everyone else is doing it, are not interested in the digital nomad landscape, and couldn’t care less about advanced technology nuts and bolts for brainiacs.  As a matter of fact, the rest of the world cannot live without you even if they have a DIY mindset.

Trump Is Right To Highlight Apprenticeships Instead Of College… “This week, President Trump is expected to make the expansion of apprenticeship programs the centerpiece of his administration’s labor policy. The president will visit a technical school in Wisconsin on Tuesday and give a policy speech at the Labor Department on Wednesday that will flesh out his proposal. But, please, hold ‘The Apprentice’ jokes, if you can.  The apprentice model, in which younger workers gain specialized skills by learning directly from veterans in a given trade through hands-on experience, has a long and venerable history in America—not just on Trump’s erstwhile reality TV show—and it’s one that we need now more than ever.” – The Federalist, Jun. 2017

Trump Unveils Apprenticeship Overhaul… “The president Thursday announced a new executive order aimed at broadening the scope of the government’s apprenticeship initiatives and retooling its skills-training programs.  Speaking from the White House on Thursday morning, Trump said the order would ‘expand apprenticeships and vocational training to help all Americans find a rewarding career, earn a great living and support themselves and their families, and love going to work in the morning.’” – U.S. News, Jun. 2017

Self-made billionaire Ken Langone to grads: do this instead… “’College is not for everybody… I think we’re putting kids in a position ‘you do this, you go to college, the world is yours.’ It doesn’t work that way.’ The Home Depot co-founder says that students should consider both traditional four-year colleges and alternative educational opportunities, like trade schools. Shifting the way the United States educates and trains students is one of the most crucial challenges of our time, he argues.” – CNBC, Feb. 2018

President Donald J. Trump Is Reforming the Civil Service to Work for the American People – White House, May 2018

43 Trade School Jobs Among the Highest Paying Trades… “Over recent years, several employer surveys have found that skilled trade jobs are some of the hardest to fill. And in many regions throughout the U.S., a shortage of qualified trades people is becoming the new norm, especially as a lot of older workers from the Baby Boomer generation begin retiring.” – Trade Schools, Jobs and Universities, Updated May 2018

The Return of the Artisans… “Making stuff used to be the grubby alternative to office work. But now a new breed of makers are quitting good jobs to get their hands dirty.” – Reuters Video, May 2018

If you are contemplating a move to a different location for employment opportunities, consider this information before taking on the job search and packing that truck.

“Infuse your life with action. Don’t wait for it to happen. Make it happen. Make your own future. Make your own hope. Make your own love. And whatever your beliefs, honor your creator, not by passively waiting for grace to come down from upon high, but by doing what you can to make grace happen… yourself, right now, right down here on Earth.” – Bradley Whitford 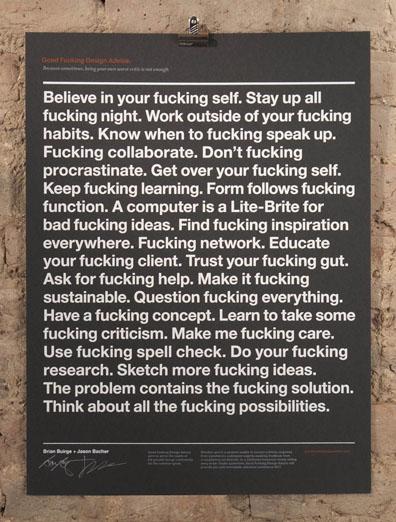