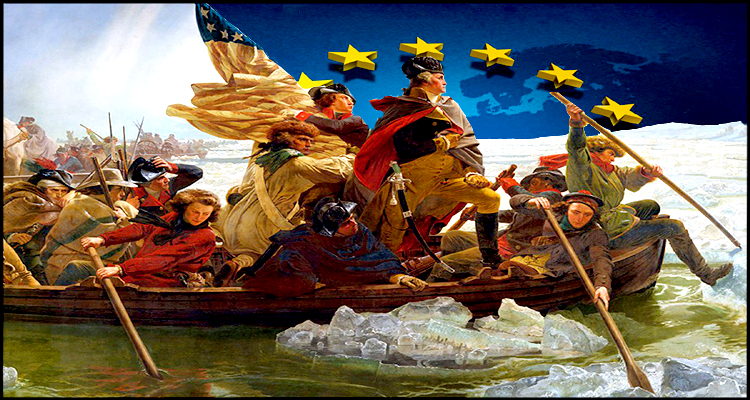 Europe’s beginnings go back to fifth-century B.C. with the birth of democracy in Greece and the Roman Empire and joint efforts during The Crusades that defended continental Europe against Muslim armies.

In the 21st century, the sovereignty of European nations is under threat due to subservience to an anti-democratic, unelected superstructure known as the European Union (E.U.) and a Muslim refugee invasion wrought by the naivety of political correctness in liberal democracy with socialist tendencies. One might consider the ironical show across the pond as a tragic comedy with Nigel Farage lambasting the European Parliament and Britain’s politicos. However, the dehumanization caused by terrorism and politics is not a comical situation for the European peasantry, such as France’s Yellow Vests movement and the suffrage of women due to the rape epidemic across Europe, which underscore how serious the events unfolding across continental Europe actually are.

Nigel Farage at European Parliament: “You are not laughing now, are you?” – Jun. 2016

The E.U. was a noble undertaking, but a return to reality is setting in.

The European Left in Disarray… “Formally speaking, the European Parliament is the second-largest legislature in the world. Yet in reality, its 751 members have little say in the nitty-gritty of EU politics. It cannot initiate or pass EU-wide laws, but only modify or reject proposals coming from the European Commission, which is in turn appointed by the Council. This is really the crux of the matter: despite its pretensions to the contrary, the European Union is not a particularly democratic institution.” – Jacobin, May 24

The United States is also struggling with getting its own house back into law and order with a newly elected Nationalist POTUS who is railroaded on every effort made to fulfill his campaign promises and stalked by a Russian collusion hoax and bureaucratic coup that was perpetrated by treasonous and seditious politicos supported by intelligence agencies and institutions of law.

A second irony is Brexit, the democratic referendum by the people of the United Kingdom to exit the E.U. George Washington must be turning in his Nationalist grave while witnessing the British struggle with their extrication from a tyrannical political body across the English Channel.

Brexit shock: ‘It could take TEN YEARS to leave the EU’ warn financial experts – Express, May 22 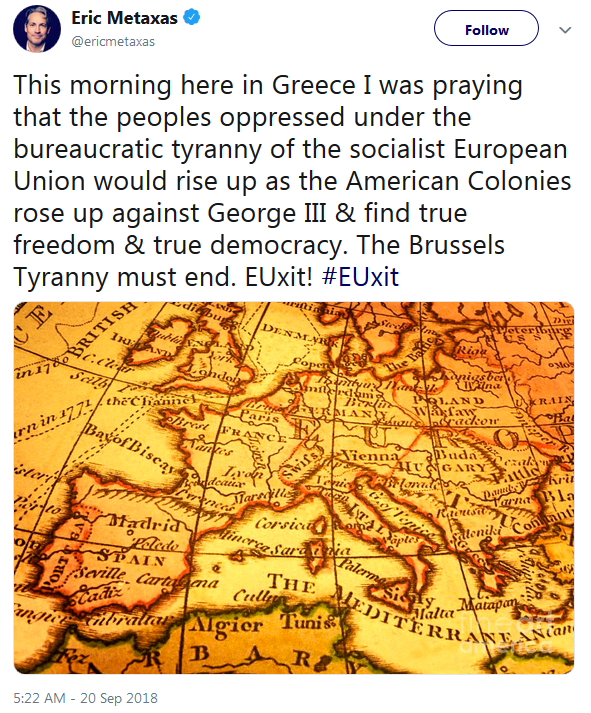 Brexit is not the only extrication in progress; the following article attempts to summarize the reality show called EUxit:

Immigrant overload, not Brexit, heralds the end of the European Union… “Israel Zangwill’s play ‘The Melting Pot,’ first staged in Washington in October 1908, celebrates the United States as a giant crucible fusing together a single people. It is rather hard to imagine a similar play being written about the European Union in the early 21st century. The influx of migrants would have precisely the opposite effect. Far from leading to fusion, Europe’s migration crisis is leading to fission.” – SCMP, Jun. 2018

Immigration overload is not the only problem brewing in the E.U., as a pervasive issue of sovereign debt has been brewing for years. If you sense a third irony bubbling to the surface, that being the immigration and debt issues of the United States, you just scored a few brownie points with your astute observation.

The ECB Will Have to Mutualize All Sovereign Debt to Prevent EU Breakup – Forbes, Jun. 2018

As of Dec. 2017, the 28 member states that make up the E.U. had a population of 500 million and a $17.2 trillion GDP that represents 28% of the global economy. The IMF estimated that the negative effect on GDP following Brexit could be anywhere between 1%-9.5%. If the E.U. breaks up, it will likely have enormous consequences on the global economy and stock markets. The Eurozone has lurched from one debt crisis to the next, and due to the interconnectedness of the world financial system, a few black swans are likely, along with the following issues:

After Trump and Brexit, the EU Parliament vote could further a populist wave – USA Today, May 23

B.J. Thomas – Another Somebody Done Somebody Wrong Song (1975) 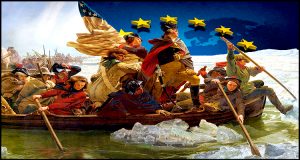