Is This the End of the Fake News Media?

CBS Corp. is set to release its first quarter 2018 earnings report this Thursday, and all I can think about is, oh no! The mainstream media, or the fake news media as President Trump refers to them, has floundered under the current administration. Rather than report news on pressing and important issues, most journalists spend time ranting against the President.

Unlike many conservative pundits, I understand nuances. Nothing is ever black and white in American politics, and I can certainly understand the disappointment Democrats are experiencing. That said, there’s a certain point when you have to let things go. Going on diatribe after diatribe doesn’t do anything to help the cause, in this case, the liberal agenda. It really only makes things worse.

This year’s recent White House Correspondents’ Dinner proves my point. What transpired in the main event was nothing more than vitriolic vulgarities spewed under the false guise of comedy and the First Amendment.

No wonder why President Trump refuses to attend these events!

The Correspondents’ Dinner has devolved into an excuse for the fake news media to regurgitate endless libraries of nonsense, and in some cases, sheer madness. Gone is the whole point why this event is held in the first place. And yes, there is a reason other than to drop indiscriminate F-bombs on CSPAN, and push the liberal agenda.

The event is steeped in tradition, and is meant to celebrate the First Amendment. It brings together key White House staff and journalists who cover the executive office. But in recent years, the Correspondents’ Dinner has become increasingly hostile to conservatives, and Trump obviously bears the worst of the open, unmitigated hatred.

While the fake news media prance around and pretend that they’re “in” with the common people, the reality is that they’re pushing themselves further into irrelevance. The average Democrat disagrees with the President on a great many things. However, he or she wouldn’t go so far as to casually drop vulgarities in one of the most high-profile Washington events.

It wasn’t just the attacks on the President. This year’s dinner launched into a tirade on abortion, sexuality, even female genitalia. How this has anything to do with anything is beyond me.

Yet CBS News apparently found great enjoyment with the “festivities,” with a journalist stating that the comedian in question “really did a good job!”

Really? I thought it was one of the most disgusting, vulgar, and pointless diatribes I’ve ever witnessed, and I’m not alone in my opinion. Far from it, actually.

But it just goes to show you how far into the black hole the fake news media has succumbed to. 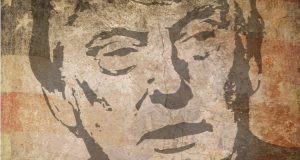