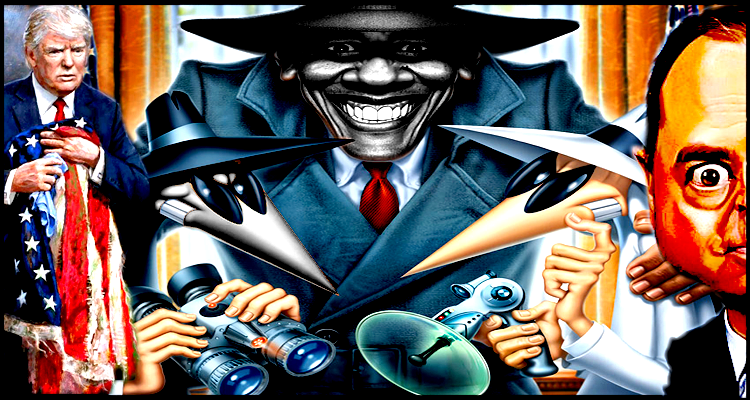 The impeachment fantasy is somewhere around stage five of nine, as a highly controversial FISA report from the DOJ’s Inspector General (IG) is slated to dominate headlines next Monday and toss a curve ball into the “Bureaucratic Coup’s Impeachment Inquiry of Ellipses.”

The FISA investigation conducted by Michael Horowitz is set to release a 500-page document after interrogating at least 100 witnesses. At minimum, the American public will gain additional insight into the Deep State’s Russian collusion fraud and spying on the POTUS during the 2016 election campaign by using domestic and foreign intelligence assets and the FBI. A worse-case scenario is that the report’s release on Monday and the IG’s testimony in front of the Senate on Wednesday will launch political partisanship into the stratosphere throughout the 2020 election campaign with potential indictments of current and former government bureaucrats with loyalty to Obama-era chieftains, intelligence community spooks, and FBI officials.

Horowitz Report Will Be Damning. Criminal Referrals Likely… ““The players: former FBI Director James Comey, former Deputy Director of the FBI Andrew McCabe, former Special Agent Peter Strzok, along with Strzok’s paramour FBI lawyer Lisa Page, are among some of the cast of characters in Horowitz’s report. Others, like former CIA Director John Brennan, former Director of National Intelligence James Clapper and DOJ official Bruce Ohr may also play a part in his investigation. However, Horowitz has been careful not to let anything leak, which we now know was completed in mid-September and being reviewed for classification purposes.” – Sara Carter, Nov. 11

The IG is very limited in his powers and cannot prosecute anyone because he only makes criminal referrals. Horowitz referred James Comey for criminal prosecution after concluding that he leaked sensitive materials, but that referral was declined for prosecution by the DOJ and he may be facing another referral next week. Horowitz also referred Andrew McCabe for prosecution over lying, which McCabe denied, and that case remains unresolved. The world will be watching to see if any prosecutions evolve from Horowitz’s investigation and report. There will likely be referrals because U.S. Attorney John Durham’s probe into FBI and DOJ misconduct during the 2016 election has morphed into a separate full-fledged criminal investigation.

A reliable source of information on numerous fronts is John Solomon, and he penned an article yesterday on what to expect from the Horowitz report.

Here are three short video clips that will prepare you for Monday’s report.

IG report will be an indictment of Adam Schiff: Rep. Ratcliffe…

What the POTUS has said about Horowitz and Durham…

In the meantime, Jonathan Turley, professor at George Washington University Law School delivered a deathblow yesterday at the House Judiciary Committee’s first public impeachment hearing. “This is wrong… being mad is no basis for impeachment.”

Consider watching Turley’s full question and answer session with the Republican’s counsel. One of Turley’s colleagues on the committee’s panel, Harvard Law School Professor Noah Feldman, told The New Yorker in May 2017 that Congress could vote to impeach the president without evidence justifying a “high crime and misdemeanor” constitutionally required for presidential removal. The other two panel participants sided with Feldman’s radical views and interpretation of constitutional law.

Public support for impeachment has not risen as Democrats hoped, which is killing their dream of applying pressure on Republican senators to remove the POTUS from office. Polls indicate overall that people are exhausted after three years of Trump derangement syndrome circuses and prefer to make their opinion known at the ballot box in 2020.

The Democrats are losing it. Here is Nancy Pelosi berating a journalist over his question about a deep hatred of the POTUS as the reason for impeachment. 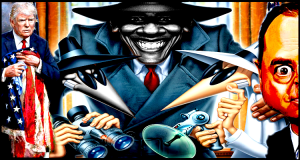