GALVANIZED: Corrosion is Setting IN!

On Thursday, Trump angered Canadian and European leaders by announcing a 25% tariff on steel and a 10% tariff on aluminum. This is the start of a trade war that has many economists scratching their heads and the markets in a state of confusion.

“When a country (U.S.A.) is losing many billions of dollars on trade with virtually every country it does business with, trade wars are good, and easy to win. Example: when we are down $100 billion with a certain country and they get cute, don’t trade anymore – we win big. It’s easy!” – Trump. 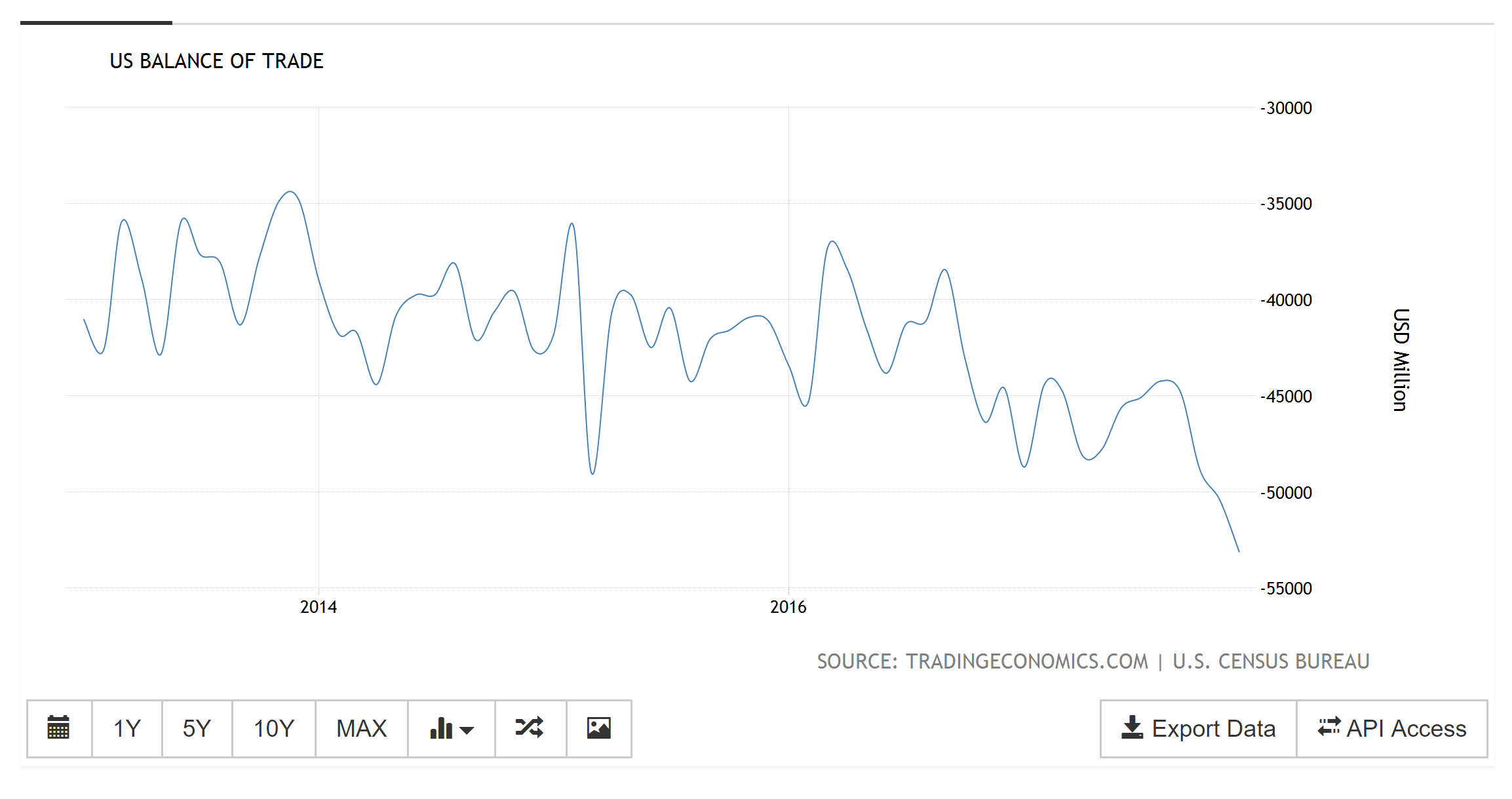 Ultimately, protectionist plans don’t work. They are fundamentally flawed. They hurt the local economy and make the cost of direct and indirect products more expensive to consumers and harder for the underlying businesses to remain profitable.

But in the alternative reality of this Keynesian economy, things aren’t as they fundamentally should be. Consider situations like when we would get “positive” financial news during the Obama administration and the stock market would fall 1% because that would suggest potentially tighter monetary policies. The market would actually worry that central bankers will pull the plug on the drugs when “good economics” would come in. And I put these numbers in quotes because we know how badly they’re manipulated to be as rosy as possible.

Trump’s concern with the trade deficit is extremely serious and should highlight that something is really up with the current economic situation. Considering all of 2017, the U.S. trade gap widened 12.1% to $566 billion, the highest since 2008.

Right now, the U.S. finances and goes into debt to import what it needs to sustain the current economic status quo. This is a fundamentally flawed fact that the market seems to ignore as it operates in the immediate, alternative reality.

The whole purpose of exporting is to import more based on every other country’s comparative advantage. In simple terms, if you have one farmer who is especially equipped in growing corn but not as successful in growing almonds, that farmer is better off producing a surplus of corn and selling the excess to another farmer who effectively grows almonds in a trade. In fact, both farmers are better off focusing on their competitive advantage and trading their surpluses for what they cannot effectively produce.

Let the Economic Sanctions Weigh In

The problem with these tariffs is that they make it harder for comparative advantages to work, and when it’s all said and done, countries have a lower standard of living as a result of fundamentals. It’s almost as if we are imposing an economic sanction on ourselves and expecting it to play out differently than what we’ve seen in Russia, Venezuela, Iran, or North Korea.

American producers now have to compete in hyper-competitive international markets using steel that is 25% higher and aluminum that is 10% higher than the price paid by our foreign rivals.

Tariffs are really tax hikes. Since so many of the things American consumers buy today are made of steel or aluminum and prices will get passed on to consumers at the cash register, this means things will be more expensive, including cars, washing machines, infrastructure, etc. 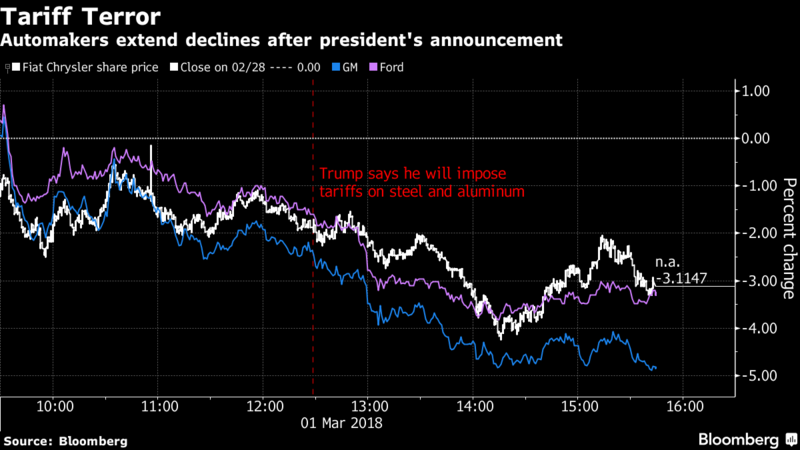 The reality is that most people are NOT Austrian economists and haven’t studied Ludwig von Mises to wrap their minds around why a tariff will be bad for the country. The good thing is that it really does seem like an “America first” rally moment, and the excitement derived from such enthusiasm is something that shouldn’t be underestimated for the positive. Also, with the threat of these tariffs and trade wars on other countries, this might actually lead to concessions from countries and more favorable practices for businesses here in the U.S. NAFTA is already being negotiated with the tariff threats, and there might be some positive results as it relates to unfair trade rules that have weighed down on the U.S. between Canada and Mexico. 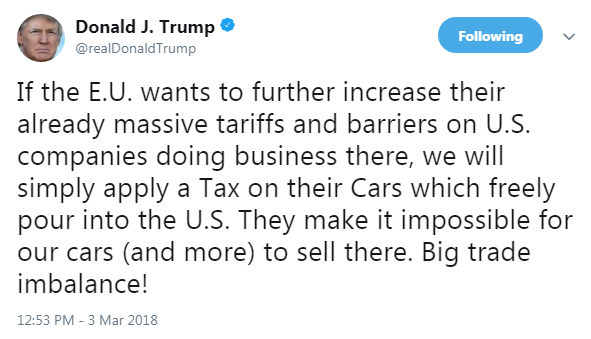 The U.S. has bloodlet its businesses, and industrial businesses might move to China and Mexico for years because “free trade” agreements failed to be reciprocated.

The media is perplexed because most don’t understand business or have to spread information that makes sound financial sense. Fundamentally, the long-term outlook of these self-imposed sanctions are detrimental.

Just like QE was fuel to the stock market but a hidden tax on the American people, a trade war could have positive short-term economic results that send the stock market to new all-time highs with consequences deferred for years down the road.