Gold is CHEAP: Get Ready for it to FLY!

Does a Strong Economy Leave Any Room for Gold?

We all know it, the economy is built on phony expansion and monetary policies that are fit for a banana republic. But as fundamentally flawed as it might be, it’s definitely juiced up and continuing to surge with optimism.

In an age of automation, outsourcing, and artificial intelligence the manufacturing sector continues to surge and unemployment hit 3.8%, a number that hasn’t been seen since the dot com era. 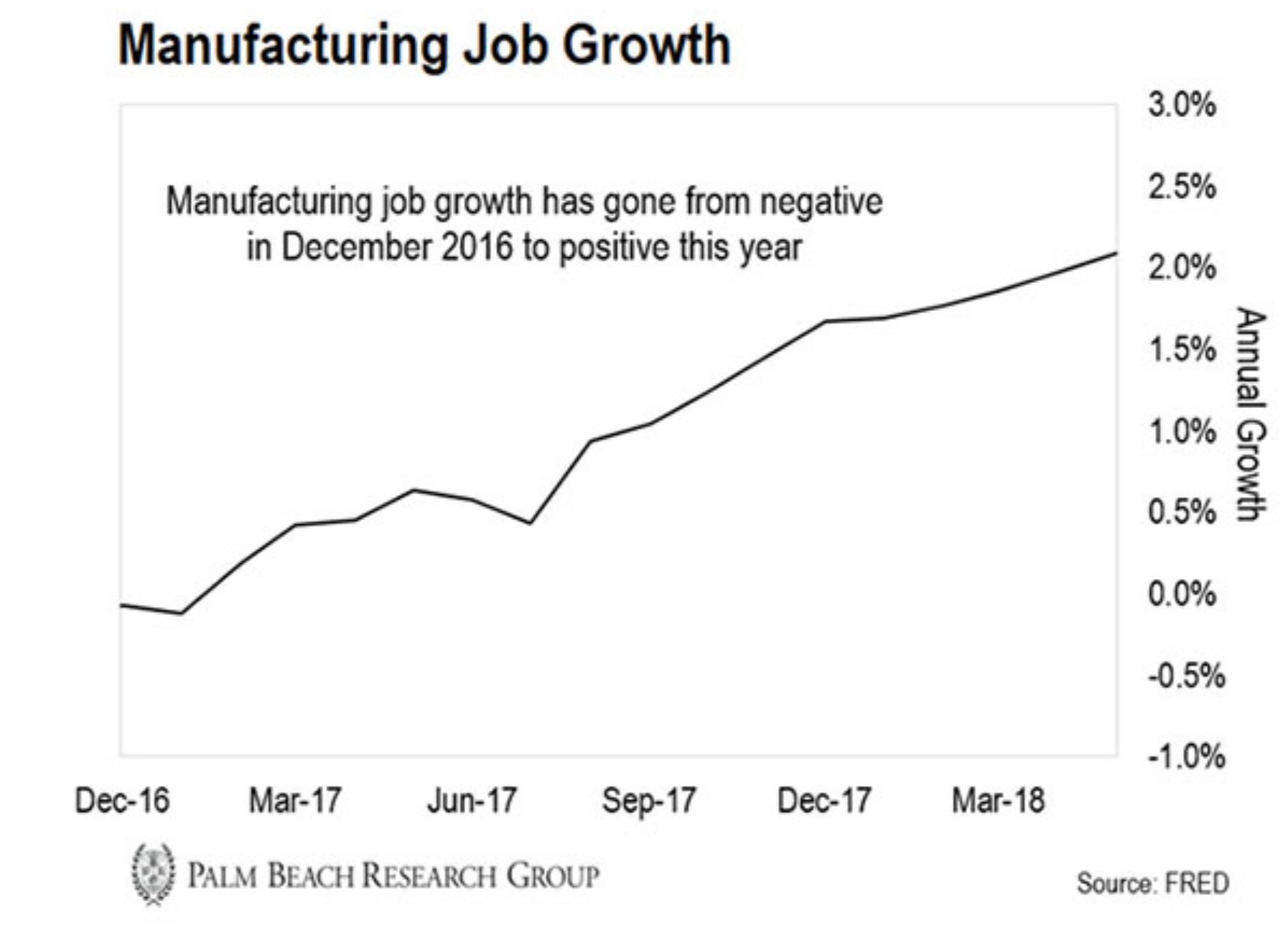 For the first time in at least 20 years, there are now more job openings than there are people looking for work.

The ratio of unemployed workers to job openings dropped below one in April for the first time since the Labor Department started collecting data in 2000.

The total number of job openings was 6.7 million at the end of April, with an especially large increase in manufacturing jobs.

Now lets not consider that it’s more difficult than nearly any other time in history to own a home, much less actually be able to pay it off, with most household’s needing duel incomes to come close to making it monthly. And as I see it, considering that the birthrate is at 30 year lows, despite people working, most aren’t thriving and fully living their lives.

Watching these numbers roll in and Trump take the US optimism into the stratosphere, you have to wonder why there is even an investment thesis for gold?

Not only is gold insurance, it’s cheap.

Economically, gold has many things going against it. The good news is that it’s so cheap that even the slightest turnaround could be very fortunate for gold.

Keep in mind inflation and rising interest rates are on gold’s side with guys like famed investor Jeffrey Gundlach betting that gold could potentially rise by $1,000 if gold breaks through resistance levels.

Gold literally has a massive base of four or five years that has been building and there is serious upside.

Historically, gold has rallied five times out of six when the Fed raised interest rates. Because of the simple fact that it would appear that momentum is creating momentum, gold going higher is a more solid bet than gold falling from here.

And keep in mind, gold going up is really icing on the cake considering gold’s primary purpose is to preserve purchasing power and be there when you need to deploy capital.

We are all in need of financial motivation every now and then and considering how gold has been over the last few years, it’s easy to forget why it’s so important to have gold be 5-10% of your portfolio. And for some that extremely risk averse, their positions in gold might be 50% or even more.

Everyone needs to be reminded and that is why I’ve outlined my top 5 reasons to own gold here:

Everyone has a plan, until they get punched in the mouth. Gold is a constant that isn’t shaken over the course of the long-term. Every fiat currency ultimately goes to nothing and sure, at times fiat will rise and fall against gold, but over time, the same story plays itself out time and time again.

Bull markets don’t rise to heaven despite how optimistic things are looking. Arithmetically, now is not the time to be allocating heavily into stocks and bypassing gold. Be prudent and stay the trade. Gold is going to have an incredible day in the sun and you won’t want to be on the sidelines for it.

I am currently in the vetting process of some incredibly interesting opportunities that you are going to want to be clued in on. When the timing is right, we will strike when the iron is hot!