Gold Markets Are Either Insightful Or Insane

We simply cannot afford to ignore the present, catastrophic reality: diplomacy against North Korea and the hermit nation’s nuclear-weapons program has completely, intractably failed. On the table now are only two options. To avoid the outbreak of World War III, the U.S. can capitulate to deranged leader Kim Jong Un, and concede all demands. Or, it can launch a preemptive strike to incinerate the rogue state.

A U.S. surrender to North Korea is utterly unimaginable, and would immediately destroy President Trump’s administration. He’d also go down in history as a gutless coward — again, an unthinkable scenario. So unless an Act of God occurs that dramatically shifts the North Korea paradigm — say, a revolt from within — we’re on the cusp of thermonuclear warfare. But either outcome is good for gold markets.

But shockingly, gold prices have failed to capture the real fear and risk of World War III. In fact, gold bullion hit a peak on September 8, mere days after North Korea tested a hydrogen bomb. Even more ominous, the regime stated that it has the capacity to load the nuclear warhead on an ICBM, a credible threat considering that the U.S. allows North Korea to test its long-arm capacity without any response. 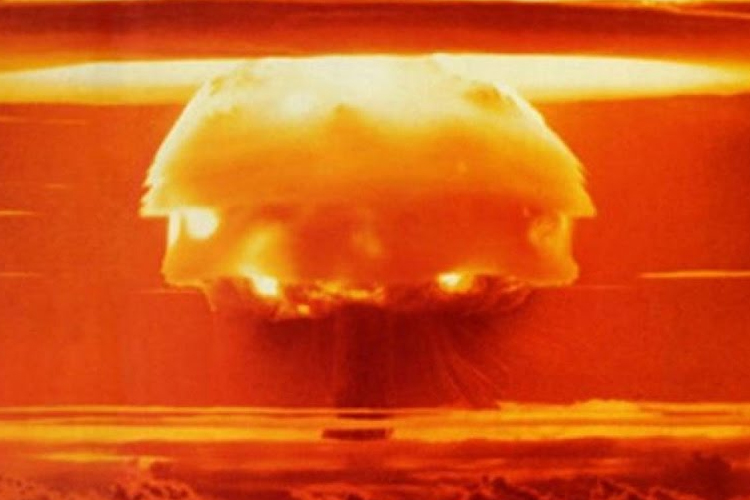 Yet three weeks later, gold markets endured a rapid decline in valuation. For September, gold prices lost approximately 3.2%, making it the worst month year-to-date. How is this possible?

The immediate and natural response is to say that gold markets are manipulated — a now reasonable charge given mainstream evidence. Or, those pushing the sell button on bullion are insane. As the ultimate safe-haven asset, gold has stood the test of time in all manners of conflict, upheaval, and societal collapse. An impending war on an unprecedented scale of violence is the “best” possible catalyst for bullion, yet we are in the midst of a technical deflation.

But another dynamic could be impacting gold prices, and that is intuition. By this, I mean deep insider trading.

North Korea has unceasingly threatened the U.S. and its allies, and somehow, the international community pretends it can find a diplomatic solution. Every rational indicator suggests all-out war is mere inches away, set on a hair-trigger. All safe-haven sectors, not just gold markets, should be jumping in price.

If we take away the manipulation argument, we are left with the theory that perhaps geopolitical insiders know that the North Korea crisis will deescalate, rather than move towards what seems like an inevitable path to war. If a peaceful solution is found, gold prices could falter, making those shorting the markets right now very rich.

While this idea may come off as a wildly unsubstantiated conspiracy theory, keep in mind that elitist insider trading is a staggering problem. A Judiciary Committee aide to Sen. Dick Durbin (D-Ill.) sold of thousands of dollars worth of Mylan stock, a drug company accused of violating Medicaid laws. The sale occurred after the Justice Department finalized its charges, but before it was disclosed to the public.

Knowing that power and money easily corrupts the human soul, it would actually be a conspiracy theory not to believe that insiders who have paradigm-shattering knowledge won’t attempt to profit from it.