In my previous post for Crush The Street, I discussed at length the reason why bitcoin and cryptocurrencies trade in free markets, and will likely remain so. These investing assets are not subject to the 51 percent attack – no one entity controls a majority of the bitcoin supply. Unfortunately, the same cannot be said about international gold reserves; hence, the volatility in gold prices.

The cloud of market manipulation has always hung over the bullion market. However, this concept was never really popularized until just recently, when abnormal trading data could no longer be denied. But generally speaking, the reality is that market manipulation to artificially suppress gold prices sounds like a conspiracy theory, even in the face of powerful evidence.

But what if we approached manipulation not out of an accusatory tone, but one of mathematical reality? Then, it no longer appears conspiratorial but rather, a simple mathematical inevitability. That’s exactly what international gold reserves data demonstrates. 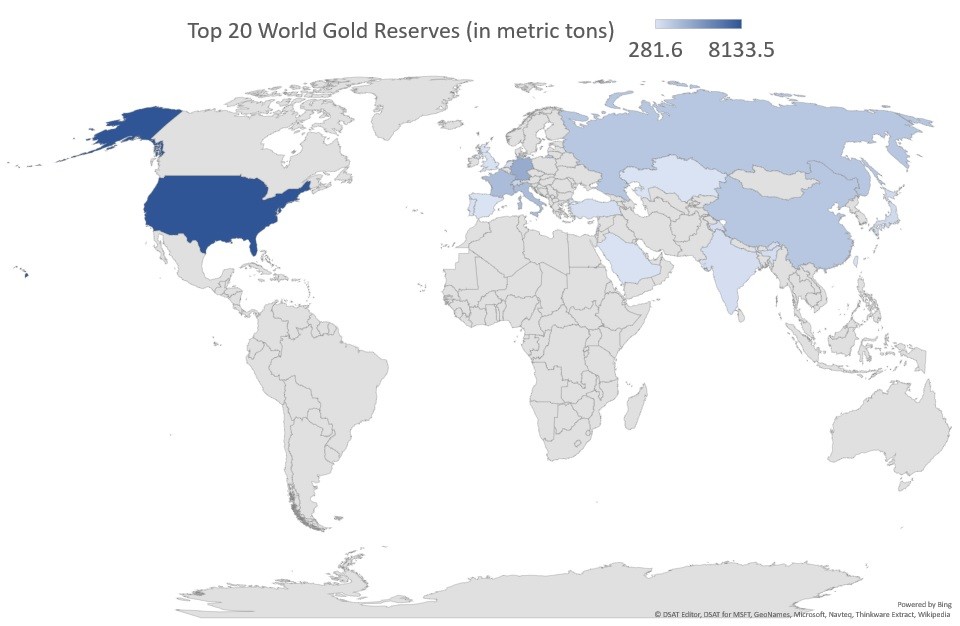 However, we have to keep in mind that the U.S. also holds other nations’ gold reserves at the New York branch of the Federal Reserve. That is, we have two types of gold reserves: our own, and others who entrust us with their reserves’ safekeeping.

The New York Fed keeps roughly 7,000 metric tons in their vaults, with foreign nations owning approximately 98% of that supply. This means that on top of the 8,133.5 tons that we hold as our own gold reserves, the New York Fed has another 6,860 foreign bullion under our custody.

Add it up together, and against the top holders, we have 51.3661% ownership of international gold reserves!

It’s no wonder, then, that fears of market manipulation of gold prices run rampant within the alternative investment community – they know BS from a mile away!

Unfortunately, this also means that gold prices will fundamentally trade differently than cryptocurrencies. As I mentioned in my prior article, no one entity owns a majority of the bitcoin mining pool. Thus, no one can arbitrarily commit market manipulation.

But with gold prices, anything and everything is open game. Since the U.S. de facto controls the majority of the top gold reserves, we should expect nothing less than outright shenanigans.