Gold: The Set-Up is Perfect!

Tech Stocks Get Smashed, Commodities are at Historical Lows

If you’ve ever witnessed a marriage fall apart, many will try to point to one specific incident or reason as to the split, but in reality, the last straw was just the one that broke the camel’s back and got the credit.

When bubbles inflate, there isn’t just one pin that could potentially trigger a pop – there are many. In the tech sector, the froth has certainly been spewing, and as of lately, air is being released.

Keep in mind that tech stocks are 25% of the S&P 500 and when tech fails, the overall market has no choice but to follow. And considering it’s largely been FANG stocks and Tesla that lead the market rally, any weakness surrounding them will put investors on the defense.

The rise we’ve seen in the technology space has outpaced every other sector. 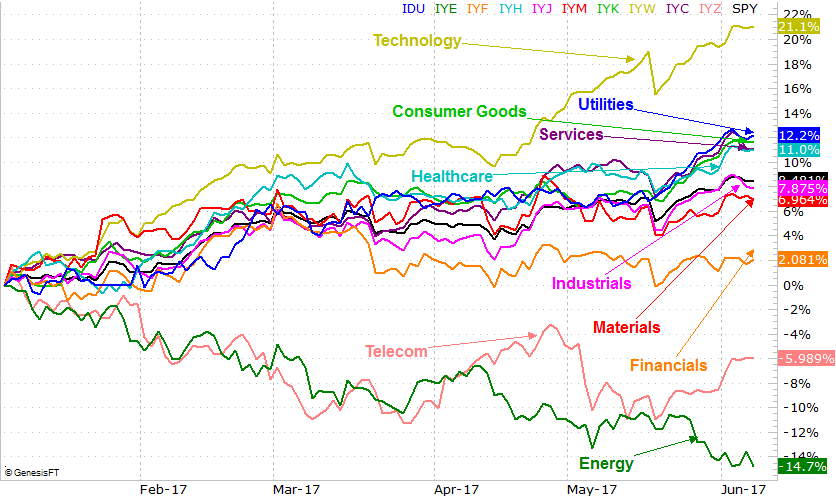 Last week, the Nasdaq 100 fell 7.3%. It was the biggest weekly drop since the market correction in January 2016 and something we refer to a lot here: a “turn on a dime” sort of correction.

Now, sometimes it takes more than just overvaluation signals to trigger corrections, but sentiment needs to change, and black swan events (specifically in Tesla and Facebook) are adding weight to the tech sector.

Market darling Tesla is collapsing now and hitting 52-week lows. In just one month, the stock is down almost 30%, sending a shockwave through stocks overall. 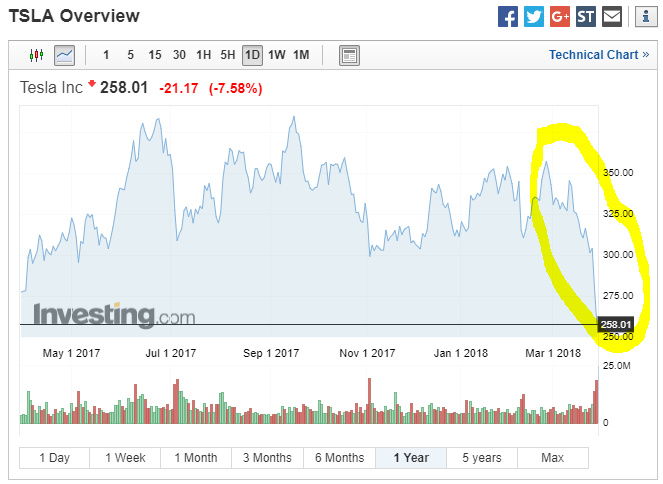 It didn’t help that the company had to endure horrific news after its Model X literally crashed and burned on the 101 freeway in California while claiming a casualty in the process. This has only added fuel to the sentiment fire, as Tesla is a company that only sold 100,000 cars in 2017, incurring a loss with a market valuation that is now larger than Ford’s, which sold 6.6 million cars and actually turned a profit.

Of course, Facebook opened its own can of worms and jolted markets while being front and center in the news with its own set of black swan events. The company was framed in a negative light, as it was revealed that 50 million Facebook profiles were harvested for data and were then sent over to Cambridge Analytica. I’m actually shocked that numb Americans actually seem to care about their privacy. Sure, they should absolutely care, but it’s not like they cared when they learned about the NSA’s ability to wiretap our conversations over the phone. 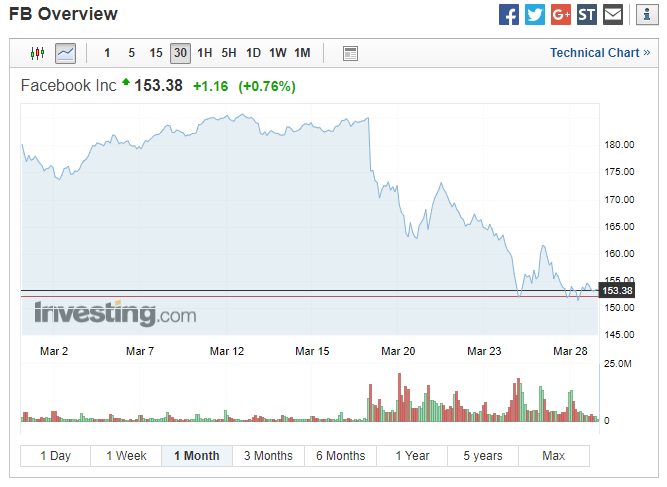 I suspect this privacy news will blow over shortly, but it could have potentially triggered something greater in tech and a reversal of fundamentally flawed financials.

We can thank central banks, runaway debt, continual currency devaluations, and fractional reserve banking, but regardless, expect those exponential increases to continue until the financial system experiences a major reset as time continues to pass.

We are in a situation where commodities compared to financials are heavily undervalued and, by some measurements, historically cheap! 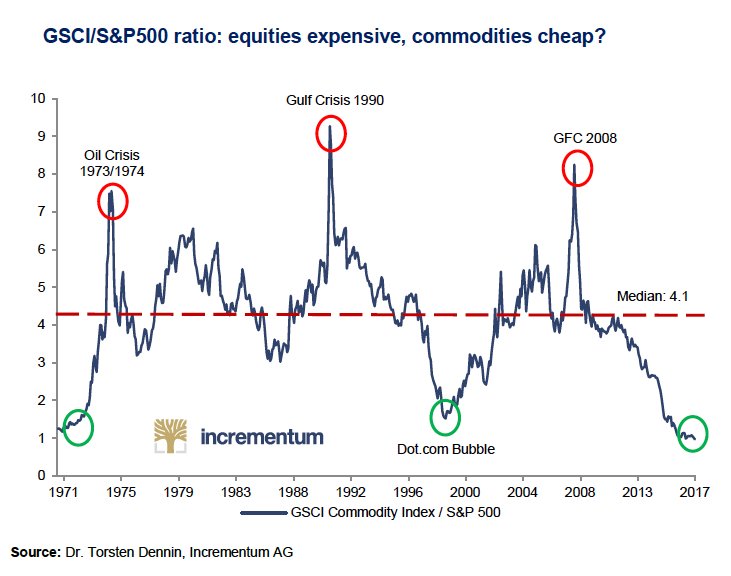 A wake-up in the gold markets could be around the corner, similar to what we saw following the Dotcom bubble, with tech stocks collapsing and capital rushing into hard assets.

I’m very optimistic, and it’s not the time to pull out of hard assets, but rather thrust forward.