Tesla Shows Why Green Energy Is a Myth

Despite climate change dominating our political discourse, one automaker has largely escaped criticism: Tesla. Specializing in electric vehicles, Tesla’s cars don’t have emissions. As a result, they represent a fan favorite among the wealthy elites and various celebrities. However, the company recently demonstrated, strangely enough, that green energy is mostly a myth.

Tesla plans to open its fourth Gigafactory in a small town approximately 23 miles east of Berlin, Germany. Theoretically, this should be welcome news. Sleepy towns don’t have much in the way of job opportunities. Therefore, a highly demanded Gigafactory can create robust employment in an otherwise dour economy.

There’s just one problem: Tesla wants to tear down hundreds of acres of forest to accomplish its goal. According to a Business Insider report:

The automaker would need to clear 740 acres of forest for the factory, which will produce up to 500,000 cars per year. The land alone will cost $45.36 million, according to Reuters. The factory will employ as many as 12,000 people. Bloomberg reported that plans for the factory have already lured more investment into the village of Grunheide; some developers have plied local leadership with plans for 22-story apartment high-rises and massive malls.

Of course, this raises a huge irony about Tesla’s and other organizations’ so-called green energy initiatives. From what I see, you’ve got to destroy greenery to make green energy: how is that any better than what traditional energy companies are doing?

So Much for Green Energy!

One of the main draws for green energy initiatives is that on the front face, they’re clean as a whistle. Again, EVs don’t have emissions so they don’t pollute the environment. Further, you can leave your EV accidentally running in your garage and it won’t kill you.

That contrasts sharply with the risk of carbon monoxide poisoning in standard cars, which is one of the leading causes of accidental death. Clearly, EVs have environmental benefits to the end-user.

However, what about the impact of making such EVs? As you know, these types of cars run exclusively on electric batteries. And Amit Katwala of Wired explains, their development is not without consequences. Katwala writes:

In May 2016, hundreds of protestors threw dead fish onto the streets of Tagong, a town on the eastern edge of the Tibetan plateau. They had plucked them from the waters of the Liqi river, where a toxic chemical leak from the Ganzizhou Rongda Lithium mine had wreaked havoc with the local ecosystem.

There are pictures of masses of dead fish on the surface of the stream. Some eyewitnesses reported seeing cow and yak carcasses floating downstream, dead from drinking contaminated water. It was the third such incident in the space of seven years in an area which has seen a sharp rise in mining activity, including operations run by BYD, the world’ biggest supplier of lithium-ion batteries for smartphones and electric cars. After the second incident, in 2013, officials closed the mine, but when it reopened in April 2016, the fish started dying again.

Put another way, everything, including green energy initiatives, has a cost. The quicker we realize this, the better chance we have of implementing reasonable, balanced solutions. 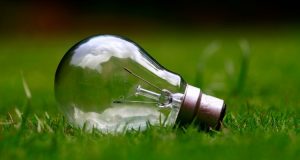