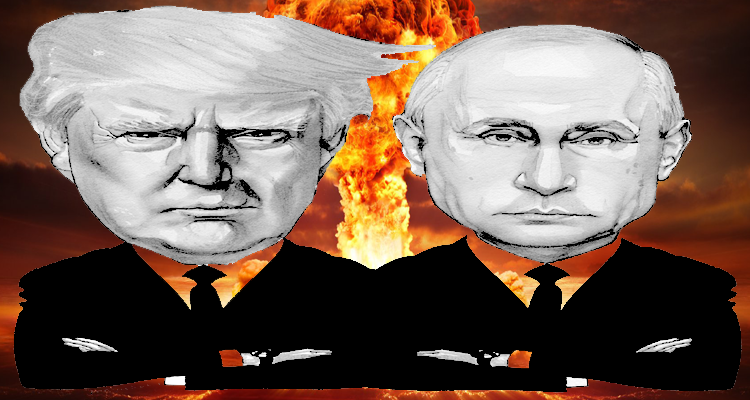 90% of the world’s nuclear power is currently in the hands of the U.S. and Russia. Politicizing its international affairs is very dangerous, and too many government officials in Washington appear to have forgotten that despite any perceived or factual underlying issues, keeping the U.S. safe and avoiding war requires unwavering diplomacy, along with peace through strength. Insisting that we do not meet with or speak openly to an adversary privately or in a public forum can only have the opposite effect and sabotage goodwill efforts to secure communication and peace. Did I leave anything out?

Watching the mainstream news coverage originating from an ego-wounded NATO, the European Union globalists, or a selection of U.S. fake news punditry and deep state think tanks would have you believe we’ve timewarped into a twisted 21st century form of progressive McCarthyism…

Arthur Miller, Elia Kazan and the Blacklist: None Without Sin… “During this time there were few in the press willing to stand up against McCarthy. Among those few were comedian Mort Sahl, and journalist Edward R. Murrow, whose strong criticisms of McCarthy are often cited as playing an important role in his eventual removal from power. By 1954, the fervor had died down and many actors and writers were able to return to work. Though relatively short, these proceedings remain one of the most shameful moments in modern U.S. history.” – PBS, Aug. 2006

US-Russia Relations Are ‘More Dangerous’ Than Ever Before… “Anybody – I don’t care what their political affiliation is – who seeks to prevent or sabotage this summit or its outcome, I ask this question: Do they prefer impeaching President Trump to averting war with Russia?” – Professor Stephen Cohen, Jul. 2018 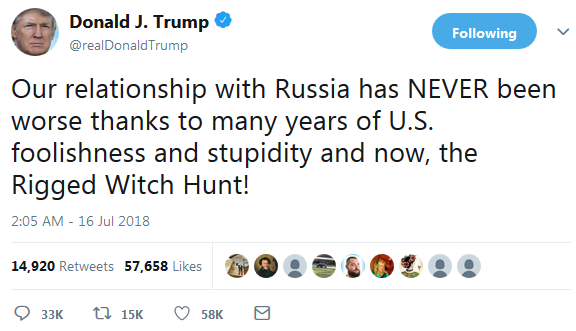 ‘The Time Has Come To Talk About Our Relations’: Trump Sits Down With Putin In Finland… “The initial meeting was cordial but tense. ‘We have a lot of good things to talk about and things to talk about. We have discussions on everything from trade to military to missiles to nuclear,’ Trump said during a joint press conference with his Russian counterpart shortly after the two shook hands… ‘I think we have great opportunities together as two countries that frankly, we have not been getting along very well for the last number of years,’ he added. ‘I’ve been here not too long, but it’s getting close to two years, but I think we will end up having an extraordinary relationship.’… Speaking at the brief press conference, Putin said that rising global tensions made talks between himself and Trump a necessity. ‘The time has come to talk thoroughly about our bilateral relations, as well as various hotspots in the world,’ the Russian president explained with the assistance of a translator. ‘There are enough of them for us to start paying attention.’” – The Political Insider, Jul. 16

During the press conference in Helsinki following their private meeting, Putin dropped a very contested bomb as a bargaining chip to allow the Mueller investigation to come to Russia and question the 12 Russian intelligence officers indicted for allegedly hacking the Clinton campaign, DNC emails, and producing propaganda through social media.

“’Business associates of Mr. Browder have earned over $1.5 billion in Russia and never paid any taxes in neither Russia nor the United States and yet the money escaped the country. They sent a huge amount of money, $400,000,000, as a contribution to the campaign of Hillary Clinton.  Well that is their personal case.  It might have been legal, the contribution itself but the way the money was earned was illegal.  So we have solid reason to believe that some [US] intelligence offers accompanied and guided these transactions.  So we have an interest in questioning them.’ Browder is an American-born British financier. He is the CEO and co-founder of Hermitage Capital Management, an investment fund that at one time was the largest foreign portfolio investor in Russia.” – Gateway Pundit, Jul. 16

The POTUS should be given a round of applause for scolding the expansion of NATO up to Russia’s borders despite determined Russian objections, for the financial delinquency within NATO’s membership, and for exhibiting the leadership required to sit down with Putin and initiate an examination of policy and launch a stream of dialogue to short circuit a runaway train to hell. A channel of communication across the board is extremely important, as there are hundreds of millions of lives at risk.

Throughout the Cold War and during the darkest days of the Cuban Missile Crisis, diplomatic relations were maintained with a direct line between JFK and Khrushchev, which saved the world from the abyss.

The Cuban Missile Crisis— Kennedy’s Letter to Khrushchev… “During the Cuban Missile Crisis, Kennedy and Khrushchev exchanged ten letters… Kennedy’s judgment that Khrushchev would run the quarantine was incorrect.  The Soviet leader had ordered his ships to turn back even before he had sent Kennedy the 24 October 1962 letter.  Recent evidence shows that when the Soviet ships turned back they were more than 500 nautical miles from the quarantine line.  Secretary of State Rusk’s oft repeated description of a naval standoff—that ‘we were eyeball to eyeball, and the other fellow just blinked’—never actually happened. But other recent evidence shows that the Cuban Missile Crisis was even more dangerous than Kennedy and Khrushchev perceived at the time.” – UNREDACTED, Feb. 2010

The hysteria generated over that last two years over an alleged Russian collusion by the Trump election campaign remains an unfounded theory and has resulted in an unprecedented diplomatic paralysis at a time when cooperation is required more than ever. The new progressive McCarthyism has thus far proven to be nothing but a fraternity of Russophobes and a distraction from a potentially treasonous ploy by the alumni of a previous administration.

Comey Calls For A Coup? “Patriots Needs To Reject The Behavior Of This President” – ZeroHedge, Jul. 16

How long will we continue putting up with insolent schoolboys like Rosenstein and Strzok at a time when the world requires undivided attention from the POTUS…?

Ignore the spin — still no evidence of Trump collusion… “The problem with hunting witches is that you can quickly forget what sent you on the hunt, or gradually view most everyone as a witch. In Salem, Mass., in 1763, Mary Easty was convicted by deranged girls yelling ‘O Goody Easty, O Goody Easty, you are the woman.’  That was it. Witch. The problem in the Russian investigation is that we have plenty of crimes but not necessarily plenty of colluders.” – The Hill, Jul. 13 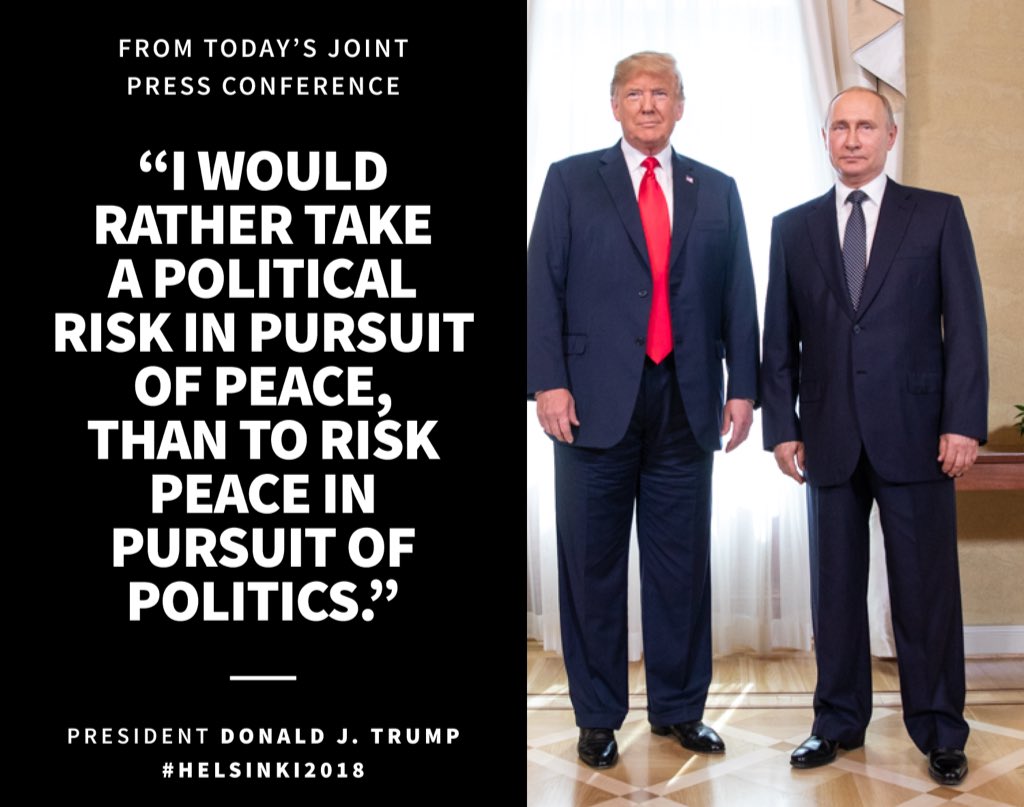