The world appears to be growing numb to the horror of genocide, democide, politicide, mass murder, massacre, ethic cleansing, and terrorism as they overlap and are used interchangeably. Thursday’s vicious attack in Pulwama was carried out by a 22-year-old fidayeen (suicide bomber) affiliated with the Jaish-e-Mohammed (The Army of Mohammed), a Pakistan-based jihadi group that has taken responsibility for the attack, which operates in Kashmir with the aim of taking the contested territory from India and making it part of Pakistan.

The bomber single-handedly murdered at least 44 Central Reserve Police Force (CRPF) officers with a bomb-laden vehicle that detonated along a CRPF convoy traveling through Jammu and Kashmir’s Pulwama. The explosion was so powerful that you cannot recognize the mangled vehicles in the attack. Five other vehicles were damaged, and in addition to the dead officers, at least 24 members of the security forces were injured. Body parts and debris were strewn across the highway.

Shocking footage of the aftermath:

This attack was particularly brutal and struck a high note in the consciousness of India as one of the bloodiest ever in the state, with more causalities than the Kaluchak massacre when 36 people were murdered at the Kaluchak Army Cantonment in Jammu.

Chronology of major terror attacks on security forces in Jammu and Kashmir since 1999 – Times of India, Feb. 14

Kashmir Suicide Bomber Leaves At Least 44 Police Officers Dead … “The government in Delhi has blamed the incident on Pakistan, with prime minister Narendra Modi giving a speech warning that ‘we will give a fitting, jaw-breaking reply, our neighbor will not be allowed to destabilize us.’” – The Independent, Feb. 15

If you are not familiar with the geopolitical history and partitioning of the region, here is a good place to start: 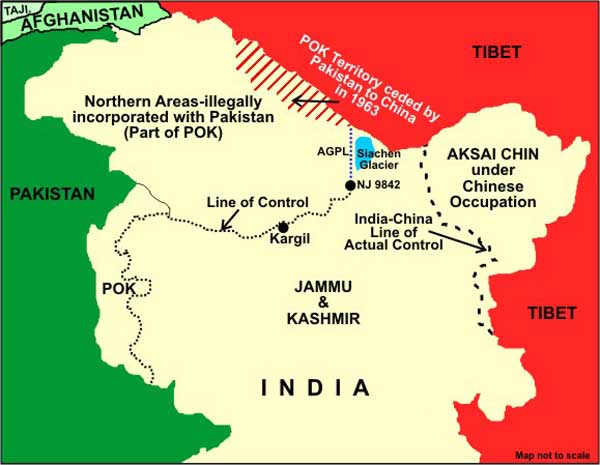 The mass murder of Hindus by Muslims does have historical precedent. Invading armies of the past had chroniclers record their deeds. Ibn Bruni, a polymath, was taken to Mahmud Ghaznavi against his will during one of Ghaznavi’s raids into India. Bruni recorded the atrocities perpetrated against Hindus. The denial of such events, in which some Hindus are complicit, is a trend that mimics much of the politics seen today. The doctrines and law schools of Islam long ago articulated a set of guiding principles that are used against Hindus and all infidels. When an infidel nation is invaded and subdued, the treatment of its people and their property is determined by such doctrine. Priests and experts in the body of law traveled with a military leader or ruler of conquered lands to remind them of what was expected.

Unlike Hinduism, which is inward-looking, quarrelsome, and provincial, Islam is clear-cut in its doctrine, legal views, and has a world view of dominating infidel nations. Throughout most of India’s history, Indians shunned the rest of the world and developed humanitarian values that preceded most others. When an external threat presented itself, they were not prepared to understand foreign doctrine or effectively face it with a militant point of view.

India paid a high price for its naivety. The Jews do not allow the world to forget the Holocaust. What happened in India was genocide, and the continued killing of infidels is not an abrogated duty toward Hindus.

India’s prime minister has warned of a “crushing response” to the massacre of CRPF officers. Government forces have been given complete autonomy in the timing and nature of their response. Islamabad’s ruling party rejected Narendra Modi’s allegation that Pakistan is responsible for the terror attack and claims that India is blaming Pakistan for political gain in their upcoming election. India is withdrawing the “most favored nation” trade status given to Pakistan and will take all diplomatic steps necessary to ensure Pakistan’s complete isolation from the international community.

This unfortunate turn of events adds another hot spot to the nuclear chessboard. 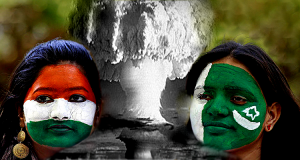