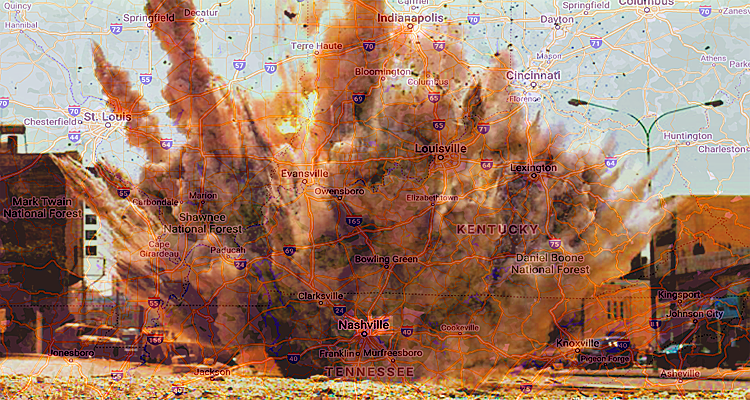 A peaceful Christmas holiday was not in the cards for the United States, specifically in Nashville, TN at sunrise today. The mutant coronavirus strain entering the global pandemic scene and a contested presidential election was not enough chaos for us in 2020. While searching for live video feeds, audio, and still images through social and mainstream media, the destruction that occurred is reminiscent of what I walked through in the neighborhood surrounding the World Trade Center a few days after 9/11 or news clips from a terrorist’s homicide bombing in the Middle East. Is today’s attack a sign of terrorism intent or is it the result?

The Coming Coup?… “As if 2020 were not insane enough already, we now have Democrats and their ruling class masters openly talking about staging a coup. You might have missed it, what with the riots, lockdowns and other daily mayhem we’re forced to endure in this, the most wretched year of my lifetime. But it’s happening.” – AmericanMind, Sep. 9

Let’s have a look at how today’s “intentional act” parked next to an AT&T switch building in downtown Nashville played out in the media thus far. A photo of the elusive RV that harbored the explosives surfaced late this afternoon. 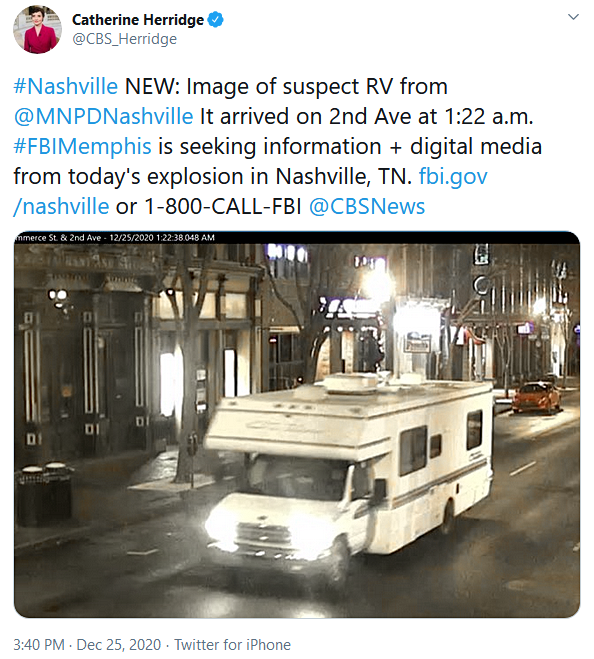 During a press conference earlier today, Nashville Police Chief John Drake stated that officers responded to a “shots fired” call at 5:30 a.m. and identified a parked RV that was playing a recorded countdown message warning of an imminent bomb detonation and telling people to evacuate the area. The police began knocking on doors in the immediate vicinity to evacuate anyone they could find. The RV exploded and two officers were injured. The parked RV, its audible warning, and the explosion were captured by a nearby surveillance camera and one officer’s bodycam as he walked through ground zero prior to the explosion (updated videos released Dec. 27 & 28).

The following footage was recorded in the immediate aftermath and the two additional clips are of witness testimony to what occurred before the bomb exploded.

Despite AT&T switch center buildings being built to sustain catastrophic impacts, in some of the aerial footage, you can see where a hole was blown into the ground floor and basement. The blast did impact AT&T’s network because the Federal Aviation Administration temporarily halted flights out of Nashville International Airport due to telecommunications issues, disruptions in Internet and cable services, and there were 911 service outages across Tennessee, Kentucky, and Alabama. 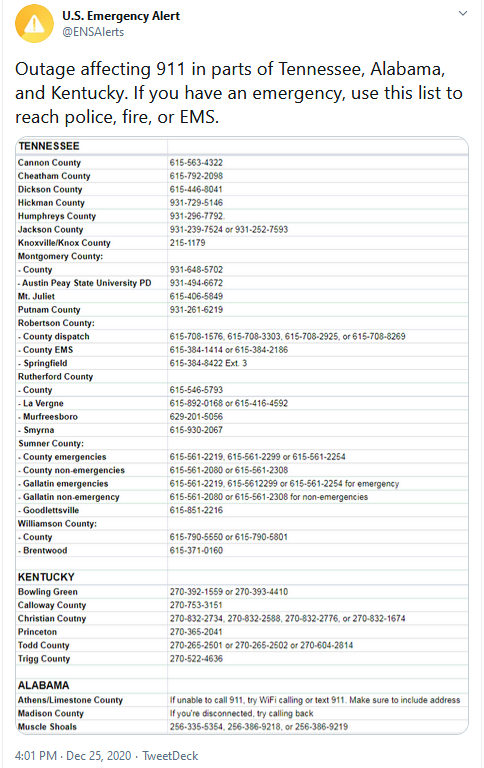 Americans are generally familiar with an insurgency as something that happened in Vietnam, Iraq, or ISIS and Syria. What many fail to recognize is that Marxists have a long history of supporting rebels and revolutionary insurgents. Webster Tarpley predicted such an onslaught on U.S. soil back in 2008 in his book “Obama – the Postmodern Coup.” If that brain food is not enough to consider, have a look at the original Special Operations Research Office (SORO) pyramid and read the casebook on insurgency and revolutionary warfare. Take note of where increased political violence, terror, and sabotage are located on that pyramid. 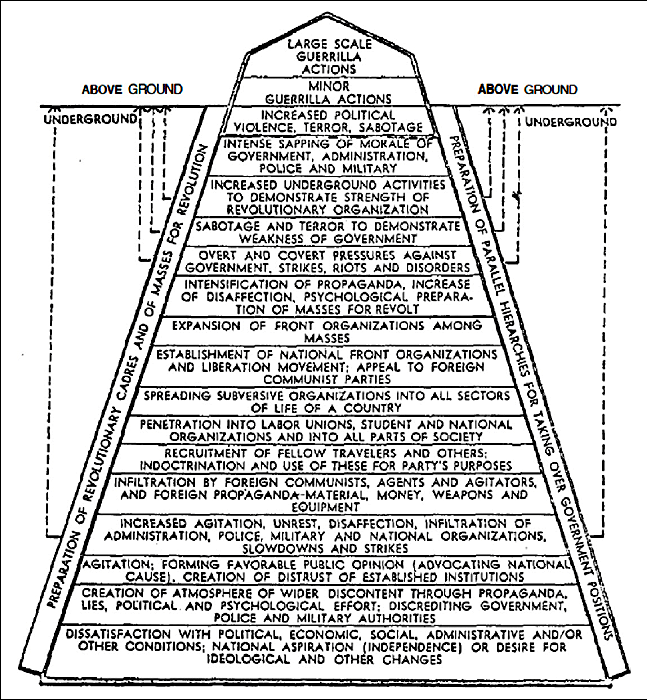 So, what’s my point? Nobody claimed responsibility and any group remotely connected to the Middle East or Islamic extremism would have likely taken the credit by now to make a point. I suspect that Nashville was a dry run to disrupt infrastructure and the perps were not interested in killing any potential comrades, except for maybe a few first responders.

Who are the suspects? It is a tough call and all I have is a humble opinion. Consider my article “A Revolution is Afoot and Masquerading as Civil War” published on Oct. 31 and its subsequent Twitter thread. Also, give the following mainstream and alt-media articles a few minutes of your precious time.