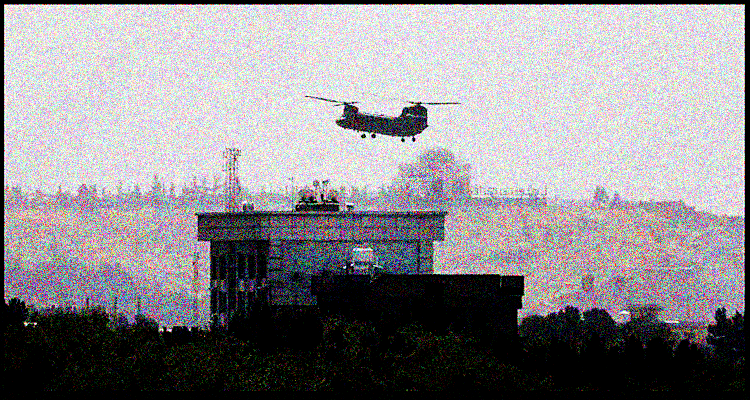 My oldest nephew is a retired Marine that served two tours of duty in the Middle East AO sand following September 11, 2001. One of his responsibilities was traveling on “Warrior Exchange Service” convoys that delivered PX supplies, postal service, monetary disbursements, hardware, and ammo to remote outposts and large bases. We will never forget, nor will his heart and memory of brothers in arms that were left behind “in the shit” and paid the ultimate sacrifice. For Neil, I say Oorah and Semper Fi!

“If anything, the rapid fall of Afghanistan should give veterans pride in their service. YOU PREVENTED THAT FROM HAPPENING. In your absence, it fell apart. The fall isn’t your fault. But the fact that it didn’t while you were there? THAT you can take credit for.” – The Panjwai Podcast

Kabuki is a genre of Japanese theater known for its decorative costumes, dancing, and animated acting. Since the 1960s, it is occasionally used by U.S. politicos and journos to describe a political event and discourse to be characterized by showmanship rather than righteous character and content. It was first used in 1961 when President Kennedy’s New Frontier policy was described as “financial kabuki” and a “colorful, carefree sight” to behold. 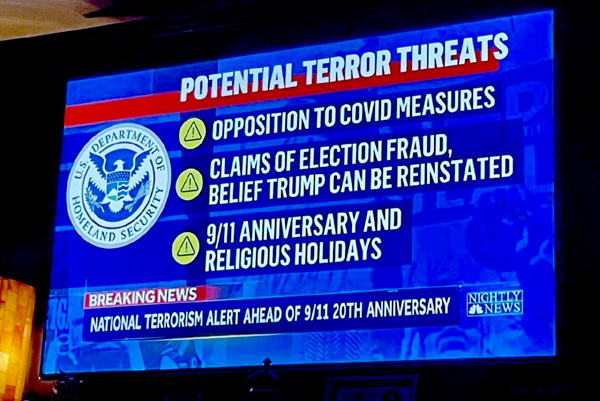 In Afghanistan this weekend, there was a massive failure of intelligence leadership and a lack of meaningful preparation by the Pentagon for a proper withdraw, and this will hopefully force a reexamination of the structure and authority held by the U.S. Joint Staff. If Afghanistan is indicative of other ineffectual strategies being war-gamed by the Pentagon, what does that say about the current theatres of potential conflict brewing in the background with adversaries such as China and Taiwan or Russian and Ukraine?

At war with the truth… “U.S. officials constantly said they were making progress. They were not, and they knew it. The U.S. government tried to shield the identities of the vast majority of those interviewed for the project and conceal nearly all of their remarks. The Post won release of the documents under the FOIA after a three-year legal battle. In the interviews, more than 400 insiders offered unrestrained criticism of what went wrong… with a bluntness rarely expressed in public.” – Washington Post, Dec. 2019

Afghan abandonment a lesson for Taiwan’s DPP… “From what happened in Afghanistan, Taiwan should perceive that once war breaks out in the Straits, the island’s defense will collapse in hours and US military won’t come to help. As a result, DPP will quickly surrender.” – The Global Times, China – Aug. 16

The Biden administration’s failed exit from Afghanistan and panicked evacuation of Americans and vulnerable Afghans from Kabul is shameful. Devastated military generals are looking ineffective to the world, as a cowardly Biden is zooming and hiding in his vacation bunker. It all appears thoughtless and invalidates 20 years of blood, sweat, and tears shed by our servicemen, servicewomen, and their families. There are still innumerable U.S. citizens that were ordered to shelter in place and are trapped outside of the Kabul airport. 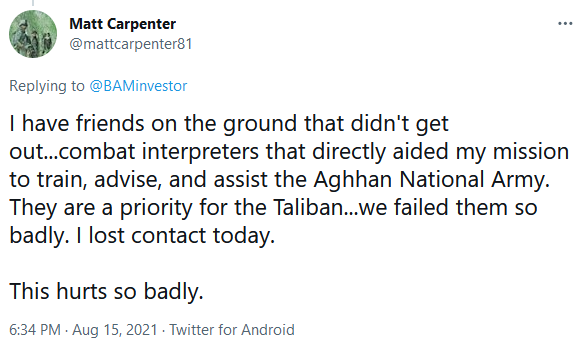 Thousands of U.S. troops were flown back in to secure the airport and its airspace. Those boots on the ground are sitting ducks and surrounded by a medieval mindset that does not value life as the majority of folks in the West do. A potential nightmare is unfolding on live TV.

A Weak and Struggling Biden Begs Taliban Terrorists to Spare U.S. Embassy… “According to a new report from the New York Times, President Joe Biden is begging to Taliban terrorists to not destroy the United States embassy in Kabul after the radical group regained control of Afghanistan after Biden pulled US troops.” – TrendingPolitics, Aug. 13 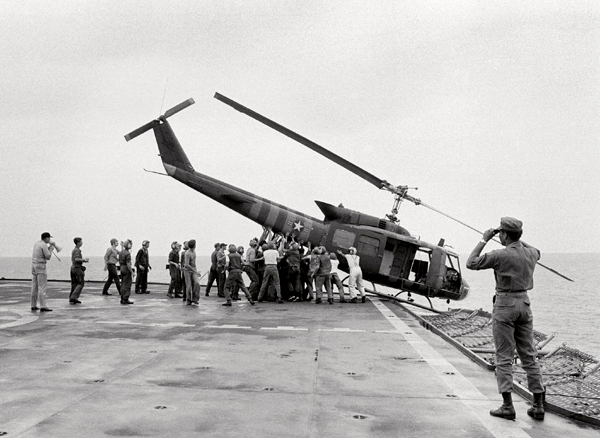 U.S. Retreat from Saigon and Vietnam

Our elected pollical class must be clueless about the damage this event will have upon our allies that trust the U.S. Those old enough or educated about our history are having a Saigon déjà vu. Imagine how petrified the interpreters, intelligence assets, and U.S.-supporters who fought by our side to rebuild Afghanistan are and how many of them are now being hunted down and murdered due to the lack of appropriate planning. It may not have been Biden’s war, but it was his withdraw to ensure proper coordination of diplomacy and the logistics war-gamed by his military brass.

“We’ve never seen anything like this in the history of US warfare. Saigon isn’t even the same category.” – Jack Posobiec

‘Game over’: Afghans, Westerners rush to flee Kabul ahead of Taliban… “‘This is murder by incompetence,’ said U.S. Air Force veteran Sam Lerman, struggling Sunday from his home in Woodbridge, Virginia, to find a way out for an Afghan contractor who had guarded Americans and other NATO forces at Afghanistan’s Bagram air base for a decade.” – MarketWatch

The fact of the matter is the U.S. military trained, equipped, and helped build an Afghan army of 300k strong for at least 20 years. When it was their turn to take hold of the reins, they got up and ran away. What does this say about General Milley’s leadership?

During the last year, Milley has forayed into domestic politics with barely a slap on the wrist by the media, and now this failure in Afghanistan will forever define his legacy no matter how decorated or dedicated his military career was. Four bullets that immediately come to mind that he can never dodge are 1) a public relations disaster in military recruitment for at least a generation, 2) the Taliban are now equipped with sophisticated military hardware, courtesy of the U.S. taxpayer, 3) they inherited a state-of-the-art $700M embassy in Kabul, and 4) they now rule a whole country that will likely return to a training ground for jihad against the West.

Pentagon blames Afghan army in closed House briefing: ‘You can’t buy willpower’… “The officials conveyed the U.S. was prepared for all scenarios, but Secretary of Defense Lloyd Austin told the House he was ‘beyond disappointed’ that Afghan forces offered little resistance in areas that were seized by the Taliban in recent days… Lawmakers are concerned that the modern equipment and weapons the U.S. provided to Afghan forces is now in the Taliban’s hands… Republican Rep. Jim Banks, who served in Afghanistan… Tweeted ‘on the conference call briefing for members of Congress with Biden officials. It’s clear the Biden administration was caught unprepared, didn’t anticipate this catastrophe and the President is hiding & asleep at the wheel.’” – Fox News, Aug. 15

“BIDEN’S PREMATURE EVACUATION HAS LEFT MORE BLACKHAWK HELICOPTERS IN THE HANDS OF THE ISLAMOFASCISTS THAN THERE ARE AT ANDREWS AIR FORCE BASE.” – Michael Savage 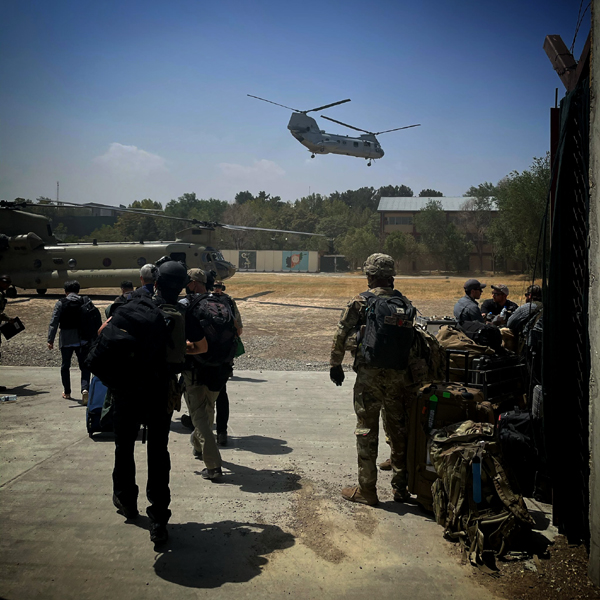 Let’s take a brief stroll down memory lane since the Trump administration’s plan/deal with the Taliban. This is not a comprehensive compilation of events, but only highlights. Dates are linked to to source material. 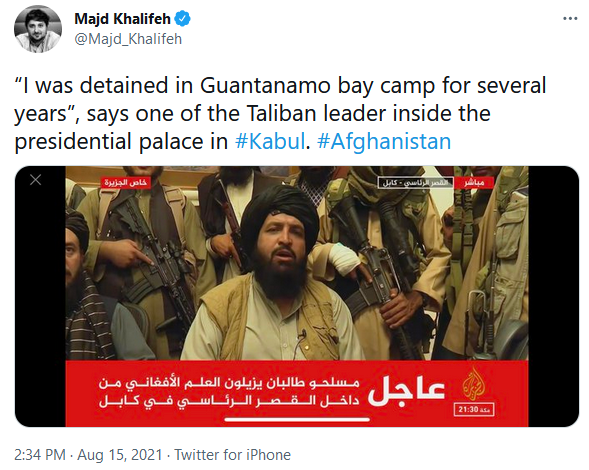 Tarmac chaos at Kabul’s International Airport, hanging onto and falling from planes in flight – BBC 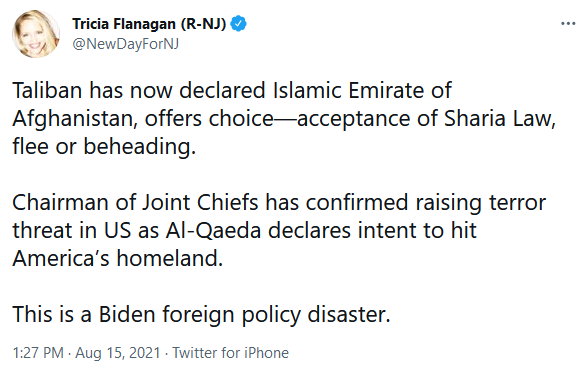 “Islamic law will come not to just Afghanistan, but all over the world”, Taliban tells CNN – The FoxHole, Aug. 16

Metallica – Wherever I May Roam 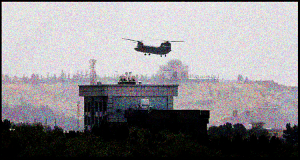