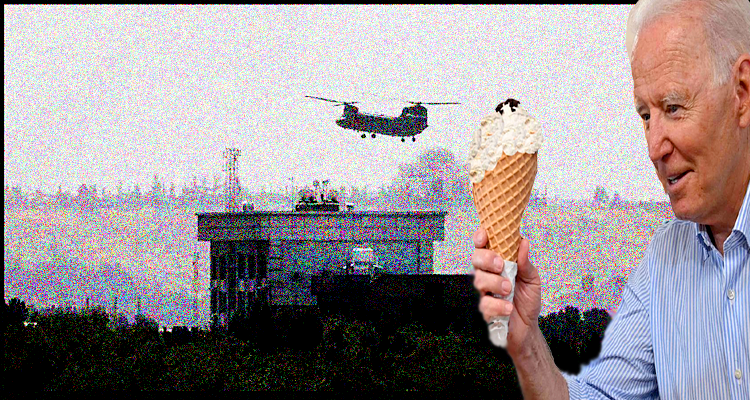 To put it bluntly, Mr. President, your comments during today’s presser on a “consensus” you relied upon to make a withdrawal decision are absurd and disconnected from common sense. Also, our international allies are publicly perplexed and highly critical of your leadership decisions vs. the flowery support you bizarrely claimed that’s devoid of reality.

“‘To see their commander-in-chief [the US president, Joe Biden] call into question the courage of men I fought with – to claim that they ran – is shameful,’ U.K. MP ​​Tom Tugendhat, the conservative chair of the foreign affairs committee and a veteran of the war in Afghanistan, said during a contentious Parliamentarian session on Wednesday.”

We are in deep geopolitical and domestic trouble. The withdrawal’s execution and false narratives your administration is desperately and repeatedly shoving down the throats of U.S. citizens is the problem. A majority of us are not a Borg-like collective of “woke” sheep begging for a lick of your adventurous ice cream escapades. 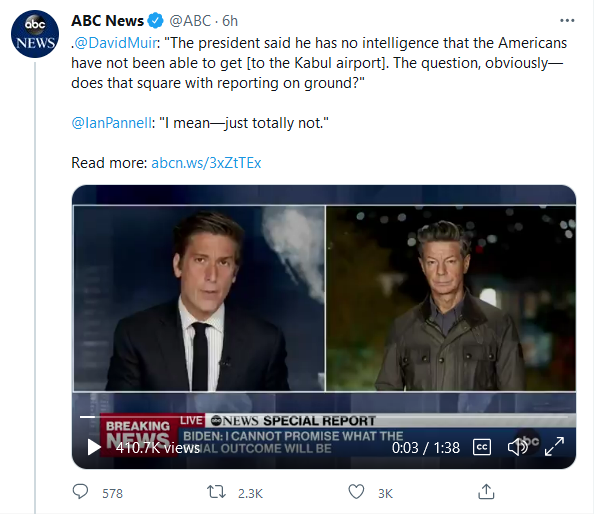 I not only refer to the Saigon déjà vu that does not even compare to the Vietnam experience but to numerous domestic undercurrents that are overlayed by an illegal and coercive campaign to inject an experimental mRNA gene-modifying technology by mandate without proper informed consent (Part 1, 2, and Twitter threads). None of the above is an understatement since the situation is so dire and nefarious that the 20-month evolution of the pandemic is a goat rodeo in comparison. I am in complete and total disgust over the embarrassment and menticide my country is being subjected to.

The remainder of today’s post is a brief compilation of prescient media and commentaries since publishing Part 1 and its Twitter thread. I have no insider knowledge or military savvy to evaluate exit strategies that were supposedly planned by seasoned military brass and intelligence professionals, but I have a hunch that before a complete withdrawal from a hot war zone, it’s wise to evacuate U.S. citizens, NGOs, Afghan collaborators, weaponry, information & hardware that can undermine national security, the military troops, and in that order with minimal overlap and public knowledge. Loose lips sink ships. 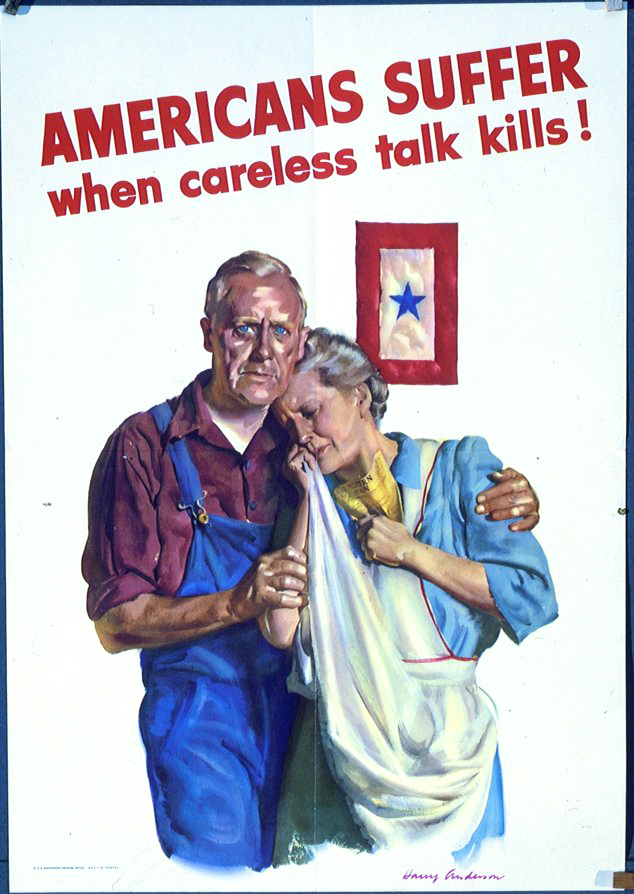 A message for my readership: prepare your household with essentials to weather any potential worst-case scenario that may develop, including self-defense necessities, get your financial house in order, and inform those family and friends that are awake but procrastinate. Mitigation of risk is prudent because preparedness is a much better option than being caught in a situation where options are severely limited for an extended period of time.

“In Afghanistan this weekend, there was a massive failure of intelligence leadership and a lack of meaningful preparation by the Pentagon for a proper withdrawal, and this will hopefully force a reexamination of the structure and authority held by the U.S. Joint Staff. If Afghanistan is indicative of other ineffectual strategies being war-gamed by the Pentagon, what does that say about the current theatres of potential conflict brewing in the background with adversaries such as China and Taiwan or Russian and Ukraine?” – TraderStef, Aug. 15

“Former U.S. intelligence colleagues are angry and deeply worried at what has happened in Afghanistan. Here’s what I’m hearing, and why there’s nearly universal belief that America and the world are in for one of the most dangerous, unpredictable times in modern history.

Afghanistan has shown the world — enemies and allies alike — that our military and intel assets are largely irrelevant because we can’t deploy them successfully. The blame lays at the feet of multiple Presidents. The Generals. The Spies. The Congress. America’s Elites are trash.

China knows it. They will become emboldened, covertly and overtly. War over Taiwan and contested islands in the South China Sea and East China Sea is now more likely. Russia will consider similar covert and overt moves, focused on Crimea, and former Soviet satellites.

The fear is that China and Russia will act in concert. Why? America was whipped by a tiny rebel force and couldn’t even retreat properly. Meanwhile, the American people are angry, COVID weary, and divided. If there were ever a time to push American hegemony aside, this is it.

If Cold War III grows hot, America will need to quickly build up and work with foreign counterparts. But who will trust America after Afghanistan? Who believes we have the leadership to use our military might well? Who will trust us when we say ‘We Will Stand With You’?

Beyond China/Russia, others will take gambles too. Terror orgs like al-Qa’ida and ISIS are degraded but not dead. Their ideology is very much alive. Iran’s Hizballah — with terror cells throughout the US — may see an opening to create chaos too.

Meanwhile, the disaster inside Afghanistan is only just beginning. The Taliban will launch a terror campaign against American collaborators. The pictures will shock the conscience of the world, further degrading American moral authority. Biden and company will struggle to respond.

There’s also the nightmare of tactical weaponry now awash in Afghanistan, in the hands of the Taliban and — soon — on the global black market. These arms will fuel chaos around the world for decades. The Pentagon has no idea where this stuff is and no plans to destroy it.

Finally, if Afghani refugees pour into the U.S., there are profound implications for security, culture, the economy, and politics. Are they properly vetted? Do they hold Western / tolerant values re: women, gays? Do they bring skills / education? Which party will they support?

The existential problem is that America needs good leadership to right its ship but there is none. Our federal bench is weak. Biden is a corrupt old man. Impeachment is a long shot; VP Harris is an unpopular paperweight. The Legislature is a feckless cabal of empty suits.

Leadership could come from a state Governor, it’s true, but not soon enough. The above threats by China, Russia, and company will metastasize well before the 2024 elections, and even a heroic new President will need years to clean things up. Again, our enemies and allies know this.

Upshot: There is fear and outrage streaming through former intel officers over the Afghanistan debacle. America is rudderless. And the world now knows it. Grave dangers lie ahead, some predictable, others unimaginable. Keep your loved ones tight. Pray. And vote for change.” 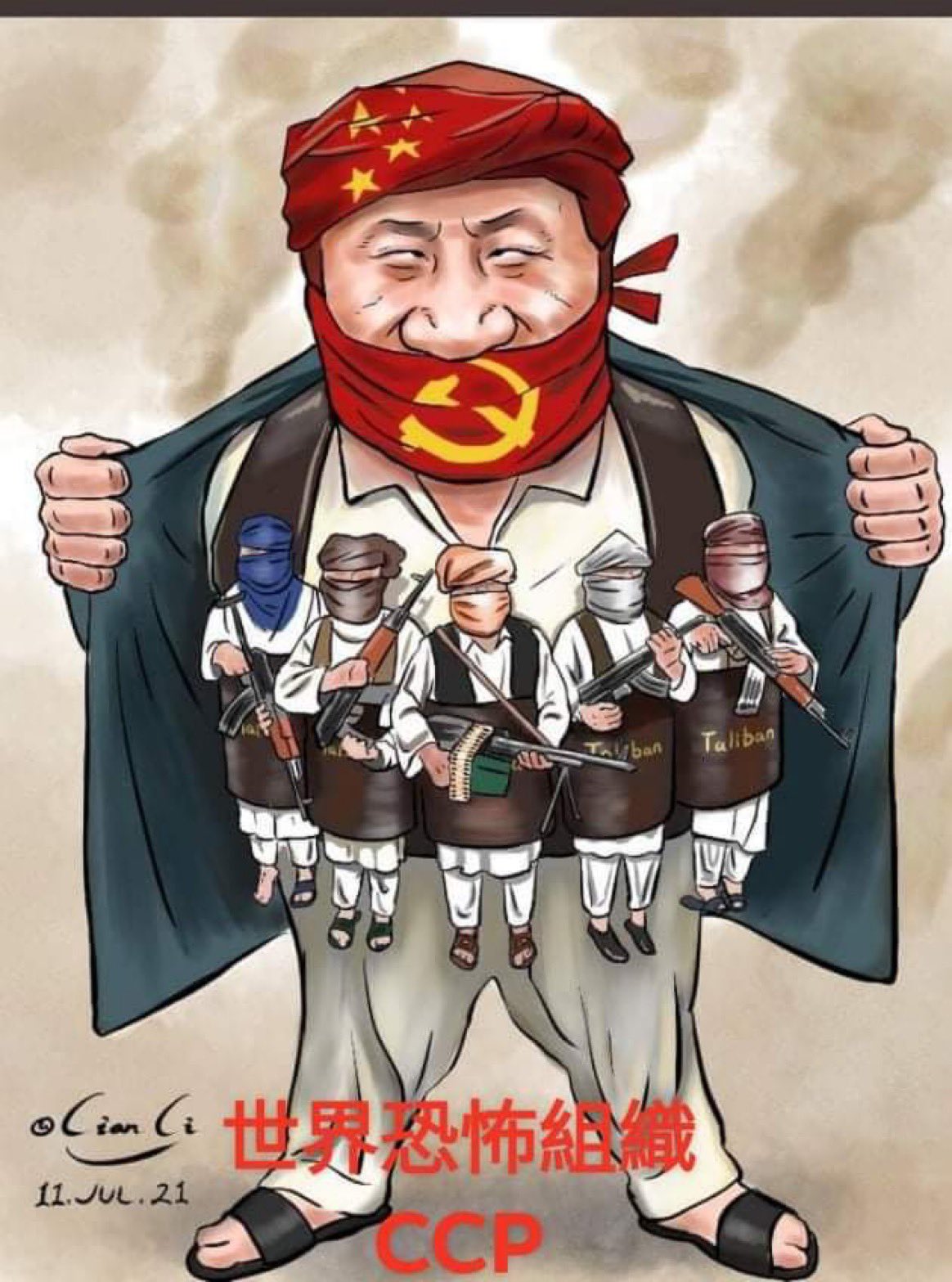 China’s Warm Welcome for Taliban Sparks Backlash at Home… “Now, in the wake of the chaotic exit of U.S. troops, China is embracing the group’s return to rule, a strategic U-turn that has left many at home feeling whiplashed. Further instability in Afghanistan could impact neighboring Pakistan, where China has $50 billion in Belt and Road investments, and send extremism over its border.” – Bloomberg

UN Report Admitted In April: Taliban And Al-Qaeda ‘Remain Closely Aligned And Show No Indication Of Breaking Ties’… “The report noted the violent record of the Taliban in 2020 and that the rampage continued in 2021.” – Daily Wire

Afghanistan: thousands stranded in Kabul as Taliban go door-to-door… “Taliban checkpoints and paperwork prevent evacuees from getting to airport as militants search for those who worked with previous regime.” – The Guardian 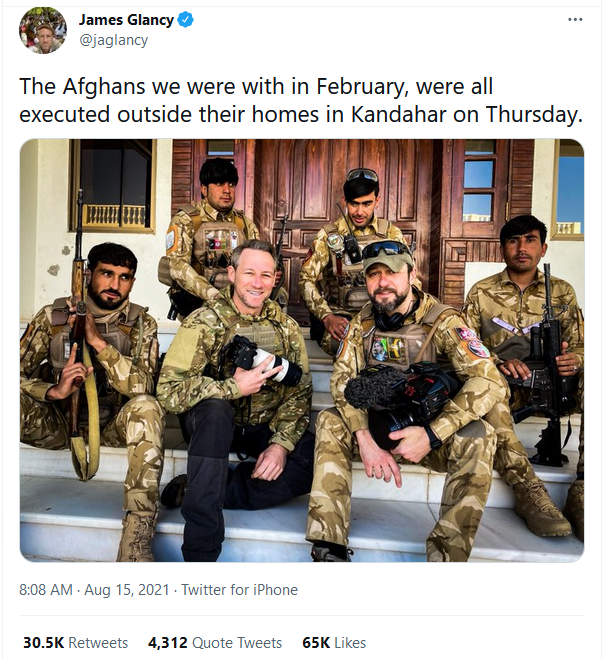 Lt. Col. Oliver North warns that the Taliban has personal details of everyone who worked with the U.S. in Afghanistan and are using that information to hunt down and execute people.

Taliban Seized Billions in US Weapons… “The US gave the Afghan military an estimated $28 billion in weaponry between 2002 and 2017 — including seven brand new helicopters delivered to Kabul just a month ago. The war chest also included the supply of at least 600,000 infantry weapons — including M16 assault rifles — as well as 162,000 pieces of communication equipment and 16,000 night-vision goggles. In just two years from 2017 to 2019, the US gave 7,035 machine guns, 4,702 Humvees, 20,040 hand grenades, 2,520 bombs and 1,394 grenade launchers, The Hill noted, citing a report last year from the Special Inspector General for Afghanistan Reconstruction (SIGAR). ‘Everything that hasn’t been destroyed is the Taliban’s now,’ one US official told Reuters, speaking on the condition of anonymity.” – NYPost

British And US Troops At Odds In Afghanistan As UK Engages Rescue Missions… “British para troopers are driving through the streets of Kabul to rescue nationals, but Americans have again been told they’re on their own.” – Summit News

Informal U.S. refugee network turns to text messages, GoFundMe to rescue Afghans… “The desperate plea was sent via text message from one refugee advocate to another trying to aid frantic evacuations from Afghanistan: ‘Just got a call for a young mom with her two young kids,’ it said. ‘She got through Taliban but being turned away by U.S. forces.’ The Afghan woman, a U.S. permanent resident who was in Afghanistan to visit family, and her U.S. citizen children were hoping to board a flight from Kabul to rejoin her husband in North Carolina on Thursday following the Taliban’s rapid takeover of the country.” – Reuters

The Painful Reality of the US Withdrawal from Afghanistan, Told by Veterans

Oklahoma mom of 11 rescues members of Afghan all-girls robotics team… “and is hoping to save more as the Taliban takes power in Kabul. Allyson Reneau, a 60-year old Harvard graduate with a Masters degree in international relations and US space policy, took it upon herself to try and save members of the Afghan Girls Robotic Team, according to NBC. She flew into Qatar on Aug. 9 after making a ‘Hail Mary’ call to a former roommate at the US Embassy there to help get the girls from the advancing Taliban, known for their oppressive treatment of women.” – NYPost

Tyranny… “I’d like to stop writing about COVID, but I can’t because it has such strong economic implications, which can’t be separated. And I’m afraid policies will be enacted that will only make things worse.” – Jim Rickards via The Daily Reckoning

The Jab Narrative is Crumbling

Here was my response to the former president’s statement noted below:

“Like, you test an experimental drug on animals first, go thru human trials 5-10 years for efficacy etc. Vs. vax in reverse in ‘warp speed,’ then inoculate billions of souls w/ no #informedconsent2, say mum about ingredients, death, maiming, then name it after yourself, Trumpcine.” 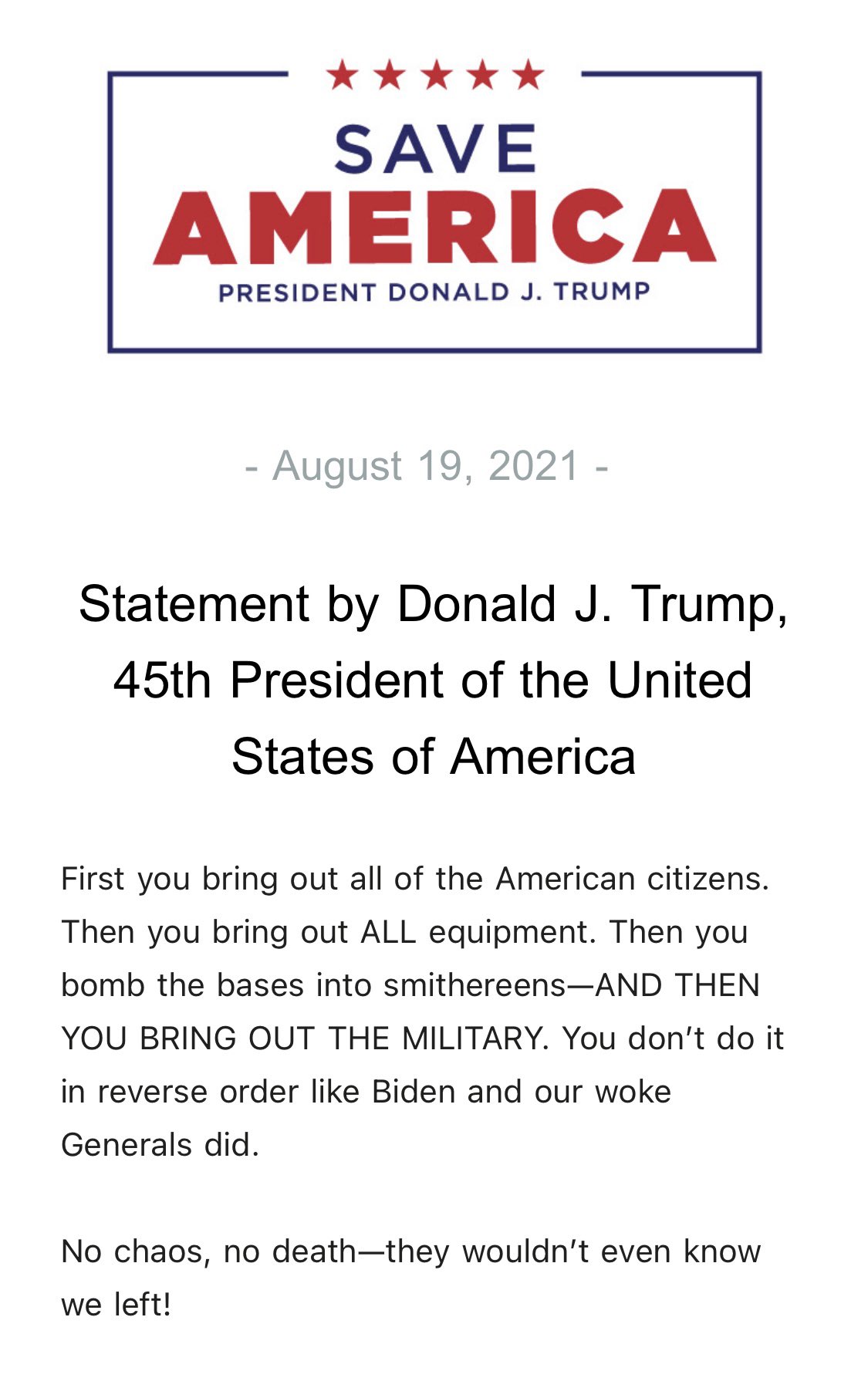 It’s a Kabuki theater littered with feckless hypocrisy and narcissism. Prep, pray, and stay out of the way. 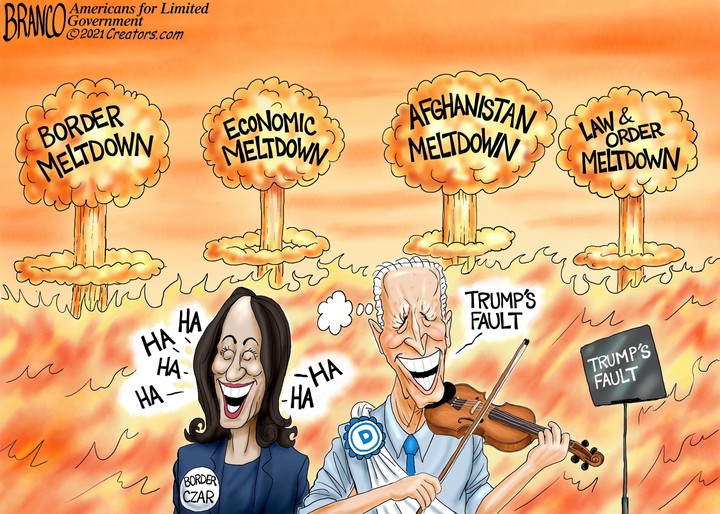 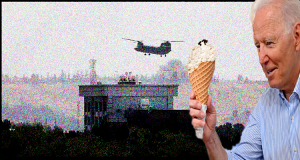