The cryptocurrency market has had volatile times since its creation. Bubble-like euphoria captured the imagination of millions, only to have these dreams squashed with a gigantic drop back to reality. Many of the major blockchain players have tested near-term lows and have crept back off the bottom, sparking some interest that maybe a new bull market is here. Litecoin is one of those cryptocurrencies that has had enormous gains since December. Litecoin had an amazing 2017, where it moved from $3 to $400. Bear market fundamentals led to a gut-wrenching correction for investors. In early December, the price dropped all the way to $22 on some exchanges, roughly a 94% decline from all-time highs. Amazon experienced a similar correction in the 1990s. Look at this chart, as it looks like it has some similar properties to cryptocurrency. 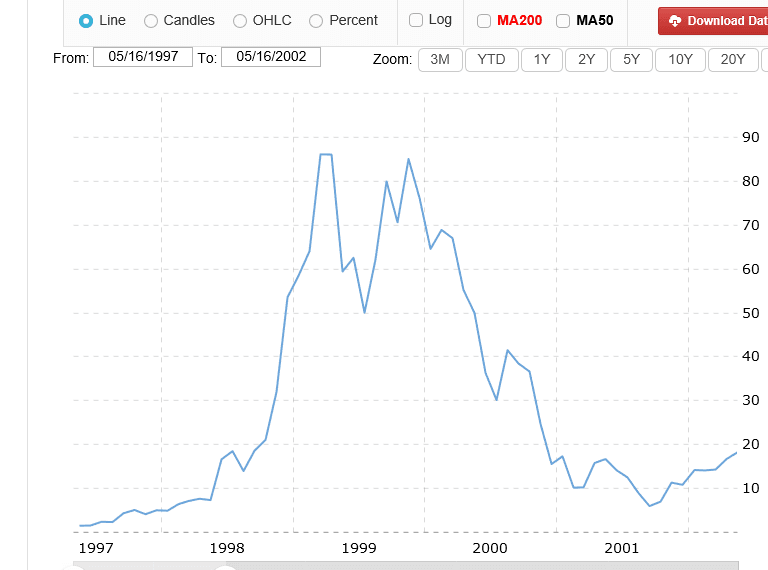 A new emergent technology was speculated higher and then crashed by roughly 90%. In 1997, Amazon shares traded for $1.73. By April of 1999, the high hit $110.63. That was an incredible gain of 6,395%. Over the next two and a half years, the price fell from $110 all the way down to $5.97 in September 2001. That is roughly a 86% drop from its high. Similarly, both prices rebounded. Litecoin has peaked out at $85 recently, which is extremely bullish. Analysis of this recent price surge shows some data from the past that could lead to some new upside. Litecoin is halving again on August 19th, 2019. What is halving, you may ask? Halving comes down to a few points. There are 84 million litecoins, and the halving takes place every 840,000 blocks. Miner rewards for mining go down every time Litecoin is halved.

Litecoin halved on August 25th, 2015, which decreased miner awards from 50 LTC to 25. Litecoin halves again on August 19th, 2019, which means the block reward will go from 25 to 12.5 LTC. This halving mechanism was engineered to protect the cryptocurrency from inflation. In the months leading up to the halving, price appreciation tends to be bullish. Back in 2015, Litecoin bottomed at around $1.20, and over the next several months, the price moved up in anticipation of the halving. On July 8th, 2015, Litecoin moved up to $6.13. On August 24th, 2015, Litecoin was around $3. Over that time, price appreciation was a good bet. It seems like this run we are seeing now is the same as we saw last time. Factors now include higher hash rates and an increased adoption rate. 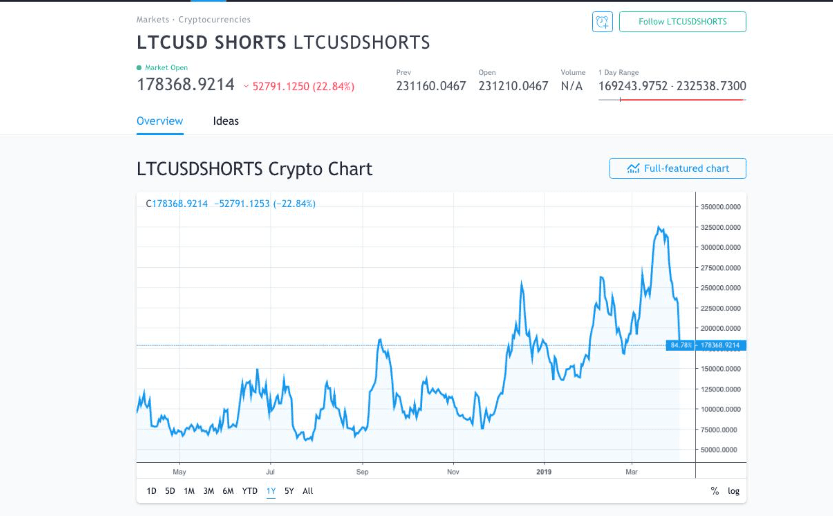 The shorts have crashed recently and as I am writing this Asia has seen the markets turn very bullish. Even according to Google Trends, the searches for Litecoin halving have increased like they did back in that time frame. We are now entering April, so the next several months shall be very interesting for the Litecoin price.