In the early afternoon of Wednesday, March 22, three innocent people lost their lives due to yet another deranged terror attack. Furthermore, at least 20 people are injured, many of them seriously as one would expect. British authorities are investigating this latest London attack as terrorism. This claim is bolstered by the fact that the tragic incident fell on the one-year anniversary of the terror attack in Brussels, Belgium.

The epicenter occurred on the Westminster Bridge, where the terrorist plowed into pedestrians. From there, he crashed into a railing that surrounds the parliament building. Apparently unhurt, the terrorist proceeded to enter the parliament grounds, where he stabbed a police officer before being shot dead by another officer. Initial reports indicate that the wounded law enforcement agent later died.

It has been a series of nightmares for the city of London and western Europe in general. However, the real tragedy is that this and other terror attack victims would be alive today were it not for the woefully misguided protocols of cultural diversity and an open-ended immigration policy.

How many innocent people have to die before the light finally switches on? Can we not see that we are in the midst of a cataclysmic war? That the protection of “religion” is merely used as legal cover to proliferate a message of ultimate hatred and destruction?

I sincerely hope that the London attack would spark the much-needed discussion on cultural diversity and how it relates to our national immigration policy. In short, cultural diversity is not the issue — the problem stems from what cultures we import. Ideologies of violence, hatred and irrational tribalism are not only unwelcome in the U.S. and the West, they are also intractably incompatible with western thought and principles. The London attack and a litany of other terror attack incidents is a grim reminder of this fact. 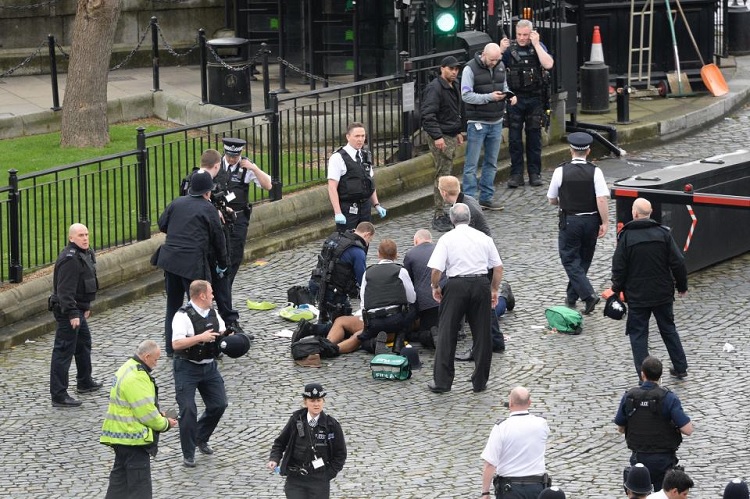 For all of the criticism centered on Donald Trump and his administration, his tough stance on the immigration policy issue is to be roundly commended. Rather than cowing to the cultural diversity queens and unnecessarily risking the lives of Americans, Trump has taken the contested road by simply saying “enough!”

If backward, Third World people wish to immigrate to the U.S., that is a privilege that can only be granted by our government. But should that privilege be green-lighted, these fortunate individuals have a moral obligation to set aside their animus so that they can sit at the table of science, free thought, and rationalism.

If not, then they are legally obligated to obey our laws. This includes not beating women for any reason whatsoever. No honor killings, no segregated facilities, no violent outbursts simply on the basis that someone else has a different perspective. Until the Third World accepts the premise that we no longer live in mid-evil times, horrific events like the London attack will continue to rage uncontrolled.